Hoops, There It Is

As if the intricate, vibrant light shows of rock bands at music festivals weren’t eye candy enough, a growing form of artistic expression has been turning throngs of fans into an equally colorful sea of twirling LED light.

Fans of music festivals have seen a rise in hula-hoop talent in the last few years, as the rhythmic form of exercise has spread in popularity at festivals and through online videos.

For any who have or will attend any of the music festivals in the Appalachian region this Fall Semester — including the upcoming Ohio Pawpaw and Werk Out festivals, as well as last weekend’s Lockn’ Festival in Arrington, Va. — the chances of going without seeing a brightly colored hoop are becoming slim.

“We saw a lot of people hula-hooping and thought it looked like a lot of fun,” Tasha said. “We started watching videos and mastering new moves. It got really fun when we learned the moves so we stuck with it.”

The two have developed their skills enough to receive a bid to compete in America’s Got Talent, a televised talent competition, that they were eliminated from before syndication, as well as an invitation from rock band The Flaming Lips to join the group in a synchronized dance routine to the band’s music at the 2011 Nelsonville Music Festival.

The sisters were included in Coyne’s feature film A Year in the Life of Wayne Coyne’s Phone, which premiered at SXSW last March and is compiled entirely of video clips taken on Coyne’s iPhone.

Hannah Stanton-Gockel, a senior studying Spanish and international business, started hooping four years ago. She said it was still a new phenomenon that was just starting to get popular at the time.

“I just really latched onto it,” Stanton-Gockel said. “My first time trying it I figured out this trick that is pretty difficult to do, within like 20 minutes. The girl who owned the hula-hoop gave it to me and told me that I really needed to learn to do it, so I promised her that I would and I did.”

Stanton-Gockel now works for the Cincinnati Circus Company, which she became involved with because of the dance form. She said that she found how pricey hooping could get when it becomes more than a hobby.

“There are hula-hoop companies making really awesome hoops and some with cool LED light patterns can be as much as $400,” Stanton-Gockel said. “But I try to distance myself from the materialistic aspect of it and focus more on perfecting my own artistic expression and being a better performer.”

While not your standard children’s hula-hoop — these ones are weighted — getting into hooping doesn’t have to carry a hefty price tag. For just around $4 or $5, interested beginners can make their own out of poly tubing, which can be purchased at Wal-Mart.

Stanton-Gockel said she has recently been getting into music festivals more because of her hooping.

“I think a huge part (of the popularity) is from the fact that it’s a great form of exercise that doesn’t feel like it is,” Stanton-Gockel said. “Anyone can learn to do it, and I think that’s why it’s spread so much. It’s a great medium for artistic expression and performance.” 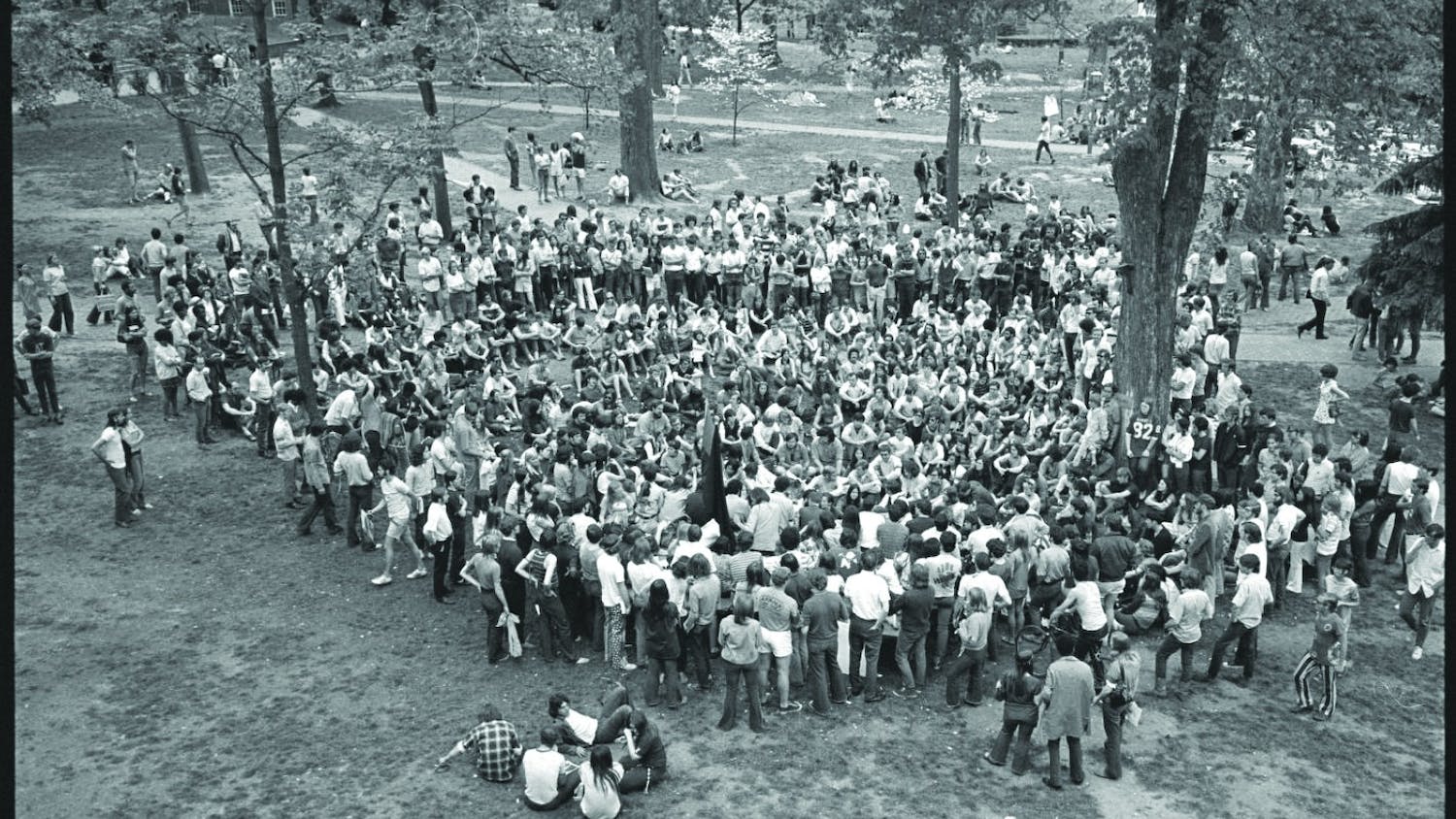