Quiera Lampkins didn’t dress for Saturday’s 87-50 exhibition win over Thomas More. That decision from coach Bob Boldon was in part because he knew what he had in Lampkins, but also because he had questions about the rest of his roster.

Everyone who did dress Saturday played. The wide range of players in the game got the chance to show the skills they honed over the summer in a game situation. Here are three things that stood out from Ohio's win:

Boldon mentioned trying lineups with forwards Hannah Boesinger and Jasmine Weatherspoon together at practice Thursday, and the duo was dominant in the 14 minutes they played together. Ohio outscored Thomas More by 22 points and outrebounded the Saints by seven while Boesinger and Weatherspoon shared the floor.

Granted, Ohio won the game by 37, but the Boesinger-Weatherspoon combo was good even when Thomas More kept the game close early.

It was a small sample size, but Boldon said he liked how Weatherspoon and Boesinger looked together particularly defensively. Expect to see more lineups with those two playing together.

Weatherspoon stretching her wings and the floor

Weatherspoon looked like the best player on the floor Saturday by a considerable margin. She was impressive on the boards and in the post as usual, but it was her 3-point shooting that stood out above everything else.

Weatherspoon increased her 3-point percentage from 20 to 22 percent last season on a 36 more attempts than the season before. Her performance Saturday suggested another leap could be on its way.

Weatherspoon hit three of five 3-pointers Saturday, and showed confidence in taking the shot without hesitation. If Weatherspoon becomes a serious threat from the perimeter, Ohio will have the option to run some five-out offense.

With nobody inside to clog the lane, that would open things up for point guard Yamonie Jenkins to get inside for layups or begin the assembly line that is Ohio’s ball movement when the defense is a pass behind.

Ohio was first in the Mid-American Conference last season in turnover margin, and Saturday the Bobcats defense harassed Thomas More into 26 turnovers. At one point, the Saints had turned the ball over 10 times in under 13 minutes.

Thomas More helped Ohio at times in that regard by fumbling the ball themselves, but Boldon said he felt his players being in the right place helped turn those loose balls into turnovers. After a 9-12 shooting performance in the first quarter, Thomas More shot 11-36 the rest of the way.

It came against an NCAA Division III opponent, but Ohio’s defense was dominant after the first quarter.

Hockey: Ohio will face its first road game of the season against No.5 Adrian 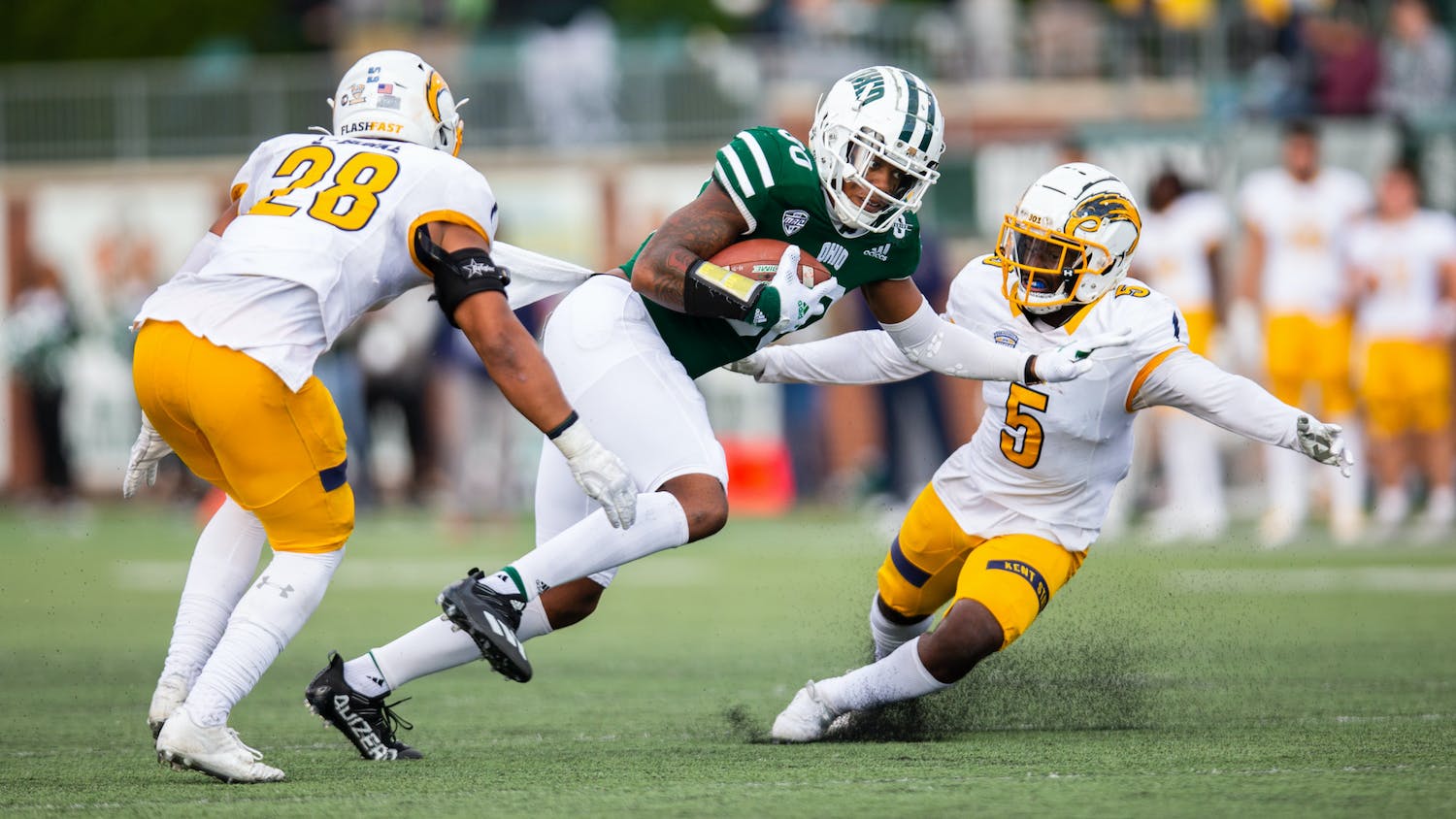