Lucas Hakes-Rodriguez speaks in an ASMR video on his channel Silken Vocals. (Via Youtube)

ASMR gives listeners a tingly sensation that helps them relax

For some people, putting on headphones and watching a video of someone whispering reassuring words can create a calming and tingly sensation in their bodies.

That sensation is known as ASMR, which stands for “autonomous sensory meridian response.” Though the perception existed prior to its assigned acronym, it was named in 2010. In more simple terms, it means people can experience sensations — sometimes through the entire top half of their body — due to visual and auditory triggers in ASMR videos or real-life occurrences, according to sleep.org, a website for the National Sleep Foundation.

Devon Hannan, a sophomore studying journalism, was participating in a sleep study in high school when her friend told her to listen to an ASMR video that would put her to sleep. Now, she said she still watches the videos to help her fall asleep because she deals with insomnia, but will use them “to relax every now and then.”

“(I enjoy) anything realistic as possible,” Hannan said.

She said she likes kissing sounds, tapping and crinkling. Sometimes, she said she enjoys certain users who make YouTube videos work that have layered sounds with a 3Dio binaural microphone, which commonly has lifelike ears on either side of the stand, or if the person has an accent and whispers a lot. The “tingles” felt from ASMR triggers are not overpowering, Hannan added.

Before ASMR videos were popular on YouTube, Bob Ross’s television series could be considered an “ASMR staple,” because his soft-spoken painting videos could have caused the same effect in viewers, according to The Independent.

According to Google Trends, searches for “ASMR” have been rising steadily since 2011 and hit an all-time high in January of 2017.

A study done at Swansea University in March 2015 found that whispering was a trigger for 75 percent of the almost 500 participants.

ASMR videos have been floating around YouTube for several years, but have not always been labeled ASMR. Lucas Hakes-Rodriguez, a senior studying journalism, discovered those videos because someone he watched on YouTube had liked videos relating to head massages. After that, he started seeing the ASMR tag across the platform.

“At its core, ASMR is personal attention,” Hakes-Rodriguez said.

Hakes-Rodriguez went from watching to making ASMR videos for viewers of his YouTube channel, Silken Vocals ASMR. In some of his videos, he plays a clerk at a bookstore or an eyebrow stylist. Often times, he uses simple props such as books, records or a glass filled with ice. Hakes-Rodriguez has posted seven videos on his channel and has more than 150 subscribers.

From a psychological standpoint, it makes sense for those videos to have a calming effect on the body since endorphins and neurotransmitters are released while a person is experiencing ASMR, Nicholas Allan, an assistant professor of clinical psychology, said.

Allan added that he showed an ASMR video to his wife and she experienced “a tingling that starts at the neck and cascades down the back.”

A small part of the total amount of ASMR videos are channels that include sexual content, Hakes-Rodriguez said.

According to the study done by Swansea University, only 5 percent of the participating ASMR users said they have watched videos for “sexual stimulation”.

There is a stigma against ASMR in general because “the concept of someone whispering in your ear to get you to fall asleep is creepy,” Hannan said. However, she suggested that people should look it up and find out if something works for them before judging. 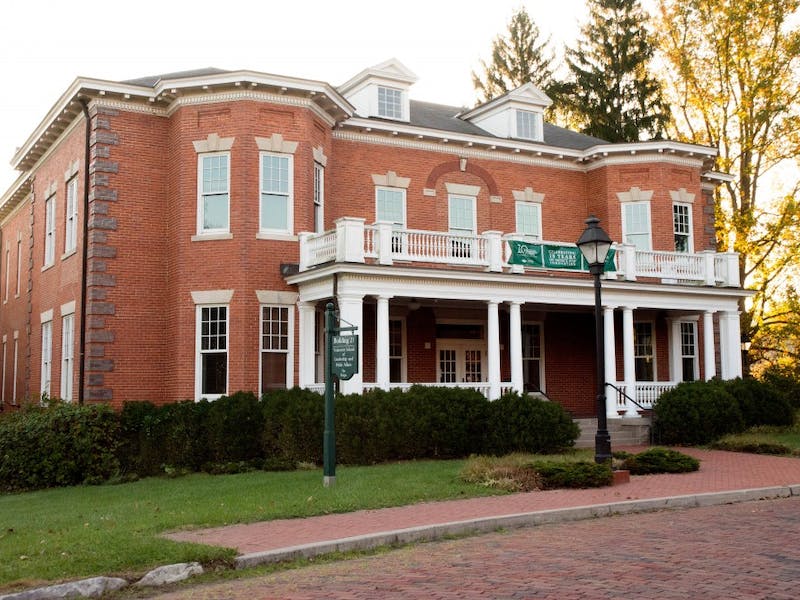