Query a Queer: 11 more ways to be a better ally 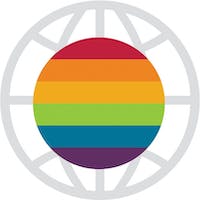 This is a continuation of Query a Queer's "Nine ways to be a better ally" published earlier this week.

We know that you will not always have the right answers and that sometimes you will say something offensive without even meaning to. We recognize that and want you to know that it is OK to mess up — just take our experiences that we share with you, and try to learn from it. We do not think you are problematic people, you just may say hurtful things at times. We would like to share with you 11 simple things that a few folks in the LGBT+ community would like you to keep in mind. The first step to becoming a better ally is to listen to queer folk when they express how you can better understand and advocate for them.

1. Asexual is not used in the same context as plants from your biology class

Assuming people are like plants is literally dehumanizing them. Asexual reproduction (what plants do) is different — that is where a single organism is able to reproduce offspring by cloning itself.

2. We do not know every person in the LGBT+ community

Some are, some aren’t — don’t assume. Any sexuality can be polyamorous. It can be biphobic because just because someone has the capability of multiple genders does not mean that they are dating multiple genders at once.

Pronouns are a part of someone’s identity, and when you use ones that do not match their identity, you are erasing them. It is showing your respect and support for that person when you affirm their pronouns.

5. The A does not stand for Ally

The A stands for Asexual and Aromantic. We appreciate your allyship — but the LGBT+ community is not meant to be about you.

That is tokenizing someone in order to make yourself seem more inclusive, but in reality, it makes you look like a jerk. We are people first — you have a friend that happens to be gay, not a gay friend.

Those words have been used to oppress, discriminate and inflict fear and violence toward our community, and when you use it, that history is being repeated. People of our community may use these words as a means of reclaiming them, but that does not mean that you can. It is simply disrespectful and shows a lack of empathy and humanity to choose words that have such a harmful background.

8. Drag is not the same as trans

Drag is a performance that people of all genders and sexualities may partake in for self-expression and fun. Trans is an identity and who someone is, rather than what someone does. Equating drag and trans to the same coin erases the trans community as legitimate.

9. Not everyone fits the stereotypes, but some people do

One is not more valid than the other; it is not your place to judge the legitimacy of someone’s identity.

10. Polyamory does not mean “cheating”

Cheating is when someone is involved with other parties without the knowledge and consent of a partner or partners. Polyamory requires communication with all partners and consent and is just as ethical as non-monogamy. People who identify as polyamorous can be in a monogamous relationship.

11. Not every trans person goes through a medical transition

That does not make them any less trans. People may not have the means or the desire to transition medically. The choice always belongs to the person and whatever choice they make is valid and deserves support and respect.

Cassidy Paul (pronouns: she/her/hers or they/them/theirs) is the Education Coordinator for the LGBT Center and Women’s Affairs Commissioner for Student Senate.

Is there something you have always been curious about regarding sexuality and gender but have never been able to ask? Have a question about the LGBTQ community? Email them to lgbt@ohio.edu or oulgbtcenter@gmail.com, tweet @oulgbtcenter with #qaqueer, at , or post/message to the center’s Facebook page, . Individuals who submit questions will appear anonymously in our responses. ALL QUESTIONS ARE WELCOME! Don’t hold back! Query it!