Dems Discuss: The opioid crisis is tearing Ohio apart, and medical marijuana could bring it back together 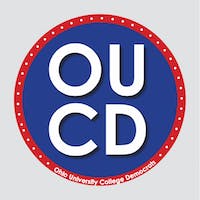 The opioid crisis is destroying Ohio.

Prescription painkillers such as Percocet and Vicodin have left many Ohioans addicted to powerful opioids. When people can no longer afford opioids or are denied refills, they often turn to heroin or Fentanyl sold illegally on the streets.

It is estimated that 80 percent of heroin users started on an opioid. When people switch to these powerful drugs, overdoses are common. In 2016 alone, 4,050 Ohioans died from unintentional overdoses, the second most per capita in the nation behind only West Virginia. 2017 is expected to outpace those numbers.

This epidemic has several trickle-down effects. The foster care system is overburdened from the influx of children into the system after their parents overdosed. Local government budgets have busted do to the need to purchase large quantities of Narcan, the drug used to revive people who have overdosed. Lost labor productivity from people addicted to opioids cannot be defined yet, although the impact is expected to be significant. Ohio needs answers, and it needs them now.

Fortunately, Ohio has already taken a step in the right direction.

In 2016, the Ohio state legislature legalized marijuana for medical purposes. The law allows for marijuana dispensaries — where patients with a prescription can have the prescription filled — to set up in certain places across the state. The state does not allow for smokable marijuana, but edibles, oils, vaporization and patches are permitted. This offers a great way for Ohioans to get the medicine they need for the pain they have.

At face value, this law may seem like a good option for Ohioans. However, the Republican-led Ohio legislature has added on very strict regulations that makes it incredibly difficult for the average Ohioan to obtain medical marijuana, should they need it.

There are only 21 qualifying conditions for medical marijuana. Among them are potentially life-threatening diseases, such as Lou Gehrig's Disease, cancer, HIV, AIDS and Alzheimer's. There are also less life-threatening diseases, such as Crohn's Disease, fibromyalgia and sickle cell anemia. Perhaps the most odd condition on the list is chronic traumatic encephalopathy, or CTE, the disease plaguing football players that can only be diagnosed after death. The most common qualifying condition listed that people could fall under is “chronic pain.” However, that is very vague and left up for physicians to decide what counts as chronic.

What’s problematic with this law is that there are incredible regulations on what conditions qualify for medical marijuana, while there were almost none for what conditions doctors would prescribe opioids for. However, marijuana does not exhibit the same kind of negative side effects opioids, yet it is still effective in pain management.

Ohio has the resources and tools to combat the opioid epidemic. Medical marijuana is an effective tool for pain management while not giving the nasty side effects of addiction. Our lawmakers need to take note and help Ohioans.

Bailey Williams is a sophomore studying economics at Ohio University. Please note that the views and opinions of the columnists do not reflect those of The Post. What do you think of medical marijuana in Ohio? Let Bailey know by tweeting him @Bails_Williams.