Ohio University's, Erica Johnson (#4), pulls up for a three point shot during the home game against America. (FILE)

Women's Basketball: Ohio navigates through the challenges of a new semester

Ohio guard Erica Johnson rushed out of the Bobcats locker room with her iPhone in hand. Her forehead was still moist with sweat from the practice that had just concluded. She saw coach Bob Boldon, then dashed up to him.

“You see,” Johnson said as she stretched her phone out to him.

“Yeah, OK. Yeah, I see,” Boldon said while squinting hunched over the phone. “You should be good Tuesday and Wednesday, though.”

“Cool, OK, yeah. I’ll just get them excused ’cause I was about to say,” Johnson agreed in a hurry before briskly leaving the gym.

Boldon has a hard enough time trying to communicate to the Bobcats, and that’ll toughen this week, as Ohio plans its run at a Mid-American Conference Championship around 15 new class schedules, thanks to the start of the Spring Semester.

“They are truly student athletes,” Boldon said. “This team has traditionally done well academically, and that’s important to them.”

Ohio — a team full of players with different backgrounds, personalities and quirks — has thrived at times this season, thanks to a close locker room. But some of the unity that was built through hundreds of hours of practice will take a hit.

It’s done its best to create a schedule that would accommodate everyone. Most practices, like the one on Monday, will include most of the team. Some, however, will miss out like junior forward Gabby Burris.

“It just makes it tough because like Gabby wasn’t here at all today, and she’s a starter,” senior guard Amani Burke said.

Not having the entire starting five together or being able to address the entire team will be an issue at times throughout the rest of the season. It’s a problem that will never go away, and the team will do the best it can to prepare for it.

Part of that maze includes scheduling classes, which most college students will say is already confusing enough. Then comes the issue of finding the professor to accommodate traveling, of which Boldon said that the university does a “tremendous” job.

After the team has its schedules in hand comes the time for Ohio’s coaches to become masters of organization. The team has to find a time to practice, watch film and account for rest, plus give enough time for the players to study for the wide arrange of classes they take.

Luckily for Boldon, he doesn’t have to navigate through it alone. Assistant coach Steph Haas and the rest of the staff are working behind the scenes, too, so a new schedule doesn’t hinder the Bobcats’ hopes for its first regular season title since 2016.

Something that also helps is the craftiness the team shows in choosing its schedules. Burke only has two online classes in her final semester, and she looks forward to not having to balance responsibilities of needing to be multiple places at once.

“Just knowing that I don’t really have to do anything except for coming here and get some shots up, work on my game ... but other than that, everything else can be done at home or the library on my time,” Burke said. “I love that I’ll be able to rest.”

Unfortunately for the Bobcats, not everyone on the team has it as good as Burke does. While Burke is able to show up every day, not being able to have full attendance at practice can make preparation for tough MAC opposition, like Western Michigan on Wednesday, even harder.

“It’s definitely adjustments that we have to make,” Burke said. 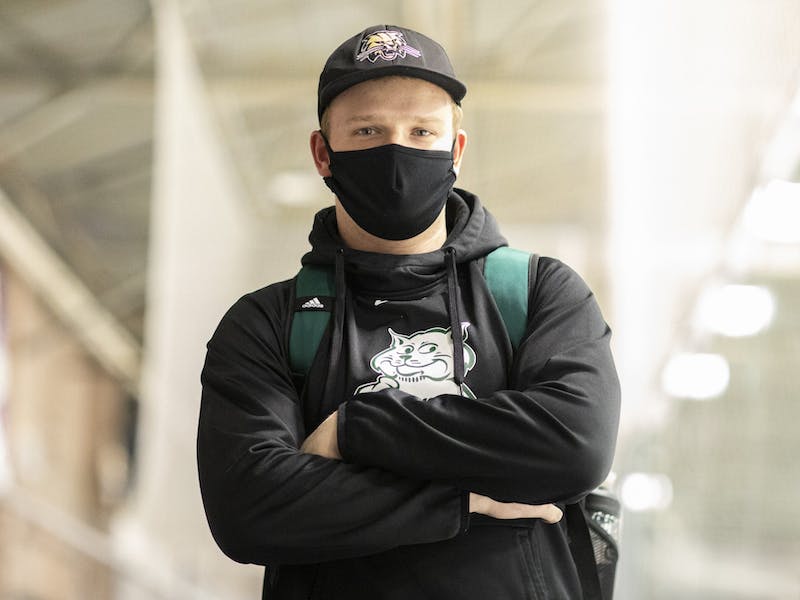