When one thinks of the quintessential American car brand, no marquee wholly exemplifies the title more than the Ford Motor Co. For over 10 decades, it has produced millions of vehicles of a wide arrangement of differing models and trims, each catering to some facet of the American automobile market.

Of all these, one truly stands out as the icon that fully represents the spirit of the company: the Mustang. It’s a car that has stayed true to its performance heritage and continues to uphold the values of a loud, mean piece of American engineering. Or has it? With the confirmation of the all new 2021 Ford Mustang Mach-E, much of this “heritage” seems to have been thrown out the window, and many have made their opinions clear.

With the prominence of hybrid and electric vehicles in this age, many manufacturers have experienced shifts in research, development and business strategies to cater to a vastly changing consumer field. Ford is not a stranger to this, having produced hybrid models of its Fusion, Explorer, and the Escape.

2021 will mark a pivotal year for the company, with its release of a newly anticipated all-electric SUV, which boasts an impressive target range of 300 miles and signifies Ford’s capability of competing with companies like Tesla. What has irked many of Ford’s loyal fanbase, and much of the car community, though, is the seemingly lazy and outrageous slapping of the Mustang name on a car that does not embody what such a name has represented.

The history of the Mustang dates back to the 1960s and plays a very staunch role in the early image of the “American sports car.” having been designed by legendary Ford icon Lee Iacocca. The fabled Mustang badge is one that has seen much triumph, especially in the world of motorsports, and carries very much a sense of prowess, pride and prestige. It was a defining car of that era and continued to carry on that legacy of speed and performance for many years to come.

This is exactly the reason why so many have a problem with this decision from Ford, and many expect the company to have known better. Change can be good, and it is something that the automotive world is quite quaint with. Yes, times and ideas may alter, but if tradition can be kept, then there is no reason why it shouldn’t be.

Chevrolet shocked many when the company revealed that for the first time, the new C8 Corvette would be mid-engined. This bold statement, which strayed from the well-known, front-engined design, brought with it better weight distribution, better responsiveness and an array of other beneficial features that enhanced performance. Chevrolet understood change in a way that didn’t take away from what the Corvette is and had been for many of its customers.

All in all, the 2021 Ford Mustang Mach-E doesn’t look to be a bad car. It has decent styling and is one of many soon-to-be electric vehicles that will usher in the new age of automotive technology. So, rather than following a trend of laziness that has engulfed many manufacturers in the past decade, Ford should have locked away the name of the Mustang to the car that engrained it into the revered archives of the American automobile history.

Christopher Lawrence-White is a freshman studying mechanical engineering at Ohio University. Please note that the views and opinions of the columnists do not reflect those of The Post. Want to talk more about it? Let Christopher know by emailing him at cl825718@ohio.edu. 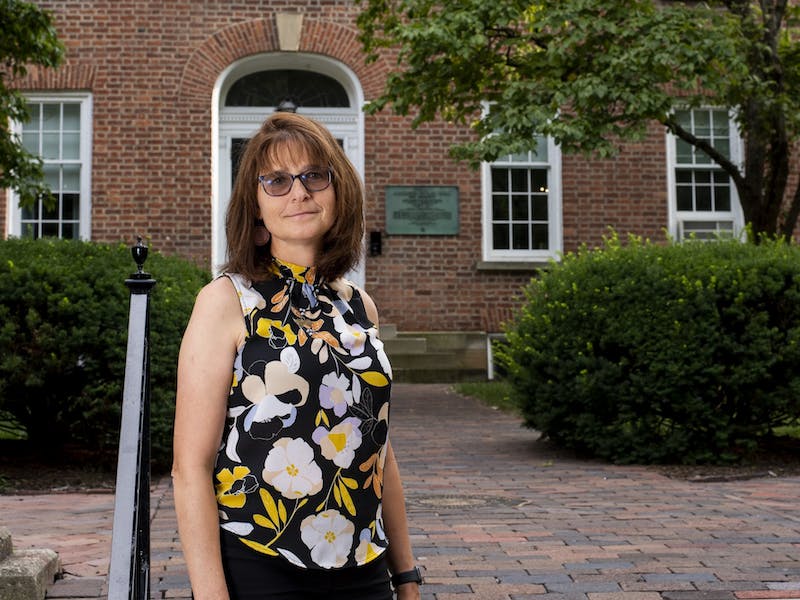