Chris Harrison announced that he will be ‘stepping aside’ from his hosting role on Wednesday. (Photo provided via @heatherm22 on Instagram)

Rose lovers, we’re getting a whole lot of nothing. Hometowns are next week, and we know absolutely nothing about anyone on this season of The Bachelor. Scratch that. We know that Matt is easily fooled/manipulated, and these girls are apparently the meanest, most evil girls to exist.

In more important news, The Bachelor is continuing its downward spiral because the show is being completely overshadowed by off-camera scandals. We are watching the celebration of interracial couples on-screen, while we’re also watching the show fall apart due to racism allegations off-screen.

Chris Harrison announced Wednesday that he would be “stepping aside” from his role after a controversial interview with Rachel Lindsay. Harrison defended current frontrunner Rachel Kirkconnell, who came under criticism involving racist allegations from her past.

The controversy arose after pictures resurfaced of her attending an “Old South”-themed party wearing an antebellum plantation dress, liking confederacy-related content on social media and allegedly bullying girls who were involved in interracial relationships in high school. Harrison was quick to defend Kirkconnell, stating her actions are no longer relevant and that some were socially acceptable three years ago.

ABC has made progress in terms of finally introducing the first Black Bachelor after picking 24 consecutive white leads. Season 25 is undoubtedly a historic one, starring Matt James and 60% of the cast identifying as BIPOC. Bachelor Nation is clearly attempting to atone for its past that was not inclusive of all races and predominately white. However, if they truly want to create change within the franchise, that will require more accountability for their actions.

On a lighter note, hometowns are next week. Let’s recap:

Tantric yoga basically means a more spiritual, more sexual form of yoga. You would think this would make for a great one-on-one date, right? Nope.

Serena P. — who is clearly not down for the PDA — didn’t hold back on telling Matt just how uncomfortable it made her feel participating in the activity.

"That was a first and last for me when it comes to tantric yoga," she said to Matt. "I'm not an overly affectionate person, especially in public. It was just, like, beyond my comfort zone. And a lot of my brain was like, 'tried it and done.'"

Matt, who loves all things PDA, loved the date and how it helped him feel closer to Serena. "I really enjoyed it … I've never stood and stared at someone for as long as I did," he said.

The date may have been uncomfortable, but Matt appreciated her honesty and encouraged her to be more vocal about her opinions. He’s not very hard to read in regards to who he genuinely is interested in, and clearly Serena P. is one of them.

When the number of women starts to dwindle down to the final few, the bold moves come out in order to secure the infamous hometown spot. During her one-on-one, Jessenia pulls some mind-game sorcery and tells Matt she loves him. Matt basically said, “very cool, very nice. Don’t feel the same” and asks her to leave.

Abigail pulls Matt aside to ask if she still is being considered, despite not having a one-on-one. He pulls the worst excuse possible, telling her he felt “so comfortable with her” that he decided to further explore other relationships instead.

Abigail was obviously heartbroken and left on a somber note, saying she feels like she's always the woman who makes men realize what they want next. "It's a hard pill I'm going to have to swallow," she told the camera. Do better, Matthew!

The boldest of the bold moves comes from Bri. She sat down with Matt and said after six weeks on the show, she had to make a career decision.

"A few days ago, I did something really big. I had to resign from my position to be here. I knew that was a decision I was going to have to make, but after weighing what this journey could mean for me, to give me that opportunity to find love with someone, with you specifically, I thought it was worth it," Bri told him.

I’m not kidding when I say I screamed at my TV and continued to feel second-hand cringe for the rest of the conversation. I’m sure you did, too. It was previously explained it wasn’t just some job, her “dream job” as a matter of fact, and was described at a “high-profile tech company.” Even the word “resign” makes it known this was not just an Instagram gig or clothing brand sponsorship. Although Bri did it for the means of staying on the show with Matt, it applies a lot of extra pressure on Matt to keep her around out of guilt, not love.

Hopefully, she can ride The Bachelor fame all the way into becoming a brand influencer.

Kit remembering she's only 21 and has no business getting engaged to a man she went on one date with #TheBachelor pic.twitter.com/Jglkkb0z6D

It is funny how easy it is to read Matt's face. As soon as Jessenia said she was falling in love, Matt's face screamed NOPE #TheBachelor

Abigail deserved better and it breaks my heart to see her go #TheBachelorABC #TheBachelor pic.twitter.com/WolwdaL0mB

"So my girls are planning a spring break trip to Cabo, and I'm kinda tryna go" #TheBachelor #bachelorabc pic.twitter.com/qUZ1Kfrct8 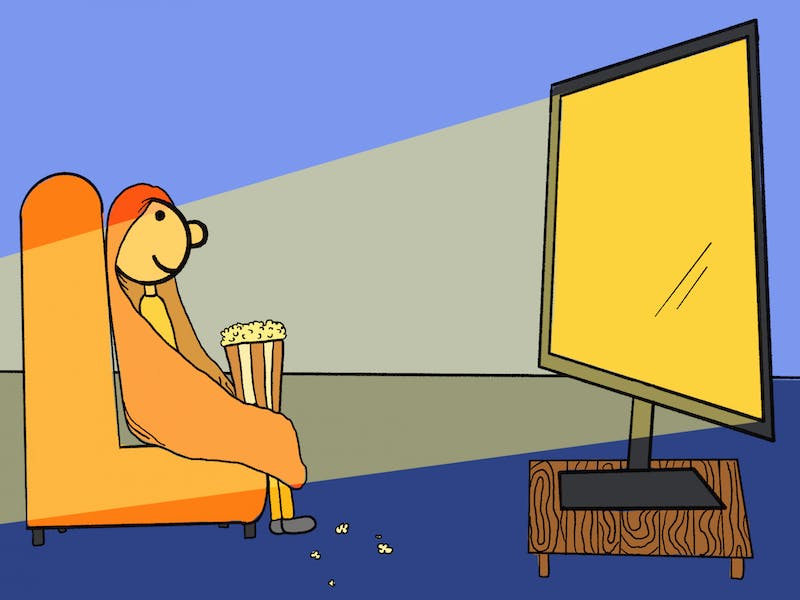 12 feel-good movies for when you’re in a slump