Former Minneapolis Police Officer Derek Chauvin was convicted of murdering George Floyd on Tuesday. After 43 witnesses, including medical experts, and nine minutes of video documenting his death, a jury found Chauvin guilty of second- and third-degree murder, and second-degree manslaughter. He now faces up to 40 years in prison.

The trial is being acknowledged as an historic moment. Between 2005 and 2020, only five non-federal law enforcement officers were convicted of murder in an on-duty shooting. This does not include officers who later had their convictions overturned. Chauvin is also believed to be the second officer to be convicted in an on-duty death case in the history of Minnesota.

Chauvin’s trial had what many others lacked: video evidence of body camera footage and tape from teen Darnella Frazier, dozens of witnesses vouching for Floyd, medical experts testifying against the defense’s claims, and tons of media coverage leading up to and during the trial. Had the prosecution not had as much evidence or nationwide support leading up to the trial, the outcome probably would not have been the same.

Chauvin is being held in solitary confinement for 23 hours a day in Minnesota’s only maximum-security prison due to fears of his own safety. In addition, under Minnesota law, his sentences are likely to run concurrently. So, although he faces up to 75 years in prison, he would serve no more than 40 years.

Justice is defined as the quality of “being just, impartial, or fair;” it’s an eye for an eye. Chauvin’s verdict is not justice. It’s the state of Minnesota finally making a police officer be publicly accountable for their actions. While the jury did its job and made Chauvin take responsibility, he will never experience what Floyd did in those nine minutes — not even close.

Vice President Kamala Harris commented on the verdict, saying that although Chauvin was found guilty, it still does not make up for Floyd’s family’s loss or the anger the nation feels.

Chauvin’s conviction is a huge victory, but it does not make what happened to Floyd justified. It’s simply a former police officer being held responsible for his actions, even though many in the same position were not.

The conviction does not mean that police brutality has suddenly ended or won’t continue to happen every day. Since testimony began in the trial, at least 64 people have died at the hands of law enforcement across the nation. Black and Latinx people represent more than half of these deaths.

Last week in Minneapolis, 20-year-old Daunte Wright was shot and killed by police officer Kim Potter. Just minutes before the Chauvin verdict was announced, 16-year-old Ma’Khia Bryant was killed by a Columbus police officer after calling 911 for help.

Police brutality will continue to be an issue until lawmakers take action. One conviction will not suddenly scare police officers into behaving. It should, but it’s going to take a lot more for change to occur.

We cannot celebrate yet. While it offers a glimmer of hope, one conviction does not set a precedent for the cases yet to come. It’s going to take years to heal the pain that officers like Chauvin have caused, and a few years behind bars won’t make the end justify the means.

Hannah Campbell is a freshman studying journalism at Ohio University. Please note that the views and opinions of the columnist do not reflect those of The Post. Do you agree? Tell Hannah by tweeting her at @hannahcmpbell. 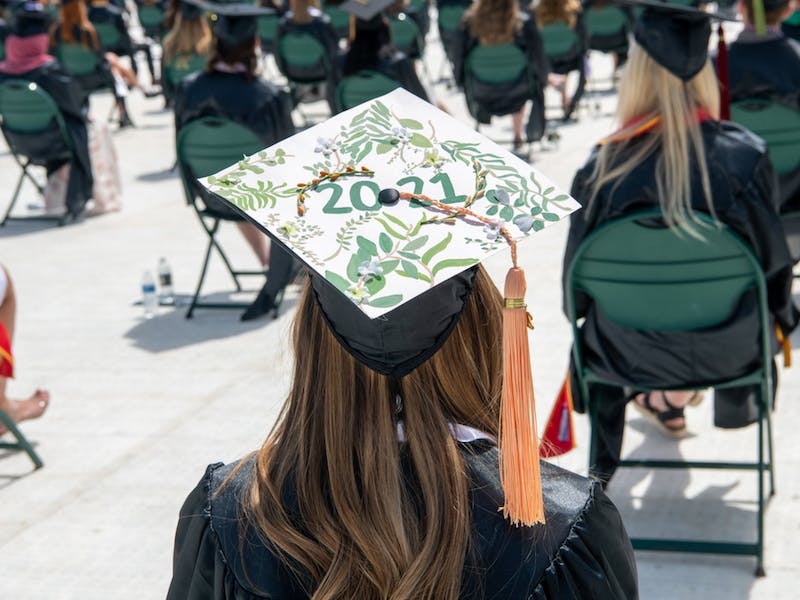