Tunes with Tate: I rate my family’s favorite albums

As the semester comes to a close, the question of how to go about my last article of the semester lingers. Ultimately, since my family has provided 10 articles worth of reviews, I decided I wanted to give them a break a bit early and flip the typical “Tunes with Tate” roles. So, I asked them what one of their favorite albums are to review.

Mom: Pearl Jam, Ten — iconic blast from when dad and I were at OU.

Dad: Nirvana, Nevermind. It was playing on every college stereo that knew better in the fall of the 1991 year in A-Town.

Ten, the debut studio album by Pearl Jam, is an iconic classic rock album of the grunge era. Eddie Vedder’s voice is unmistakable, and the instrumentals still carry the essentials of good rock music while coming away from the heavy metal sounds of the late ‘70s through the late ‘80s. Despite being a 13-time platinum album and receiving a slew of award nominations, Ten was not an immediate success. It was released Aug. 27, 1991, but didn’t make it to No. 2 on the Billboard 200 chart until late 1992, and for the most part, it was not nominated for any awards until 1993. Regardless, Ten is said to be an "era-defining" album and has been a fan favorite for almost 30 years.

Another era-defining album of the 90s just happens to be Nirvana’s Nevermind. It seems like the recipe to a groundbreaking rock band is to be from Seattle and release an iconic album in 1991, as these are two things both groups can check off. With singles like “Smells Like Teen Spirit,” “Come As You Are,” “Lithium,” “In Bloom” and a mixture of punk and alternative rock, it should be no surprise as to how this album achieved the success it did. Over 30 million copies have been sold worldwide, and it was certified diamond in 1999, making it one of the best-selling albums ever.

Something Like Human was released Sept. 19, 2000, and is Fuel’s second studio album. It includes one of its most well-known songs “Hemorrhage (In My Hands)” and, just over a year after its debut, achieved double-platinum status from RIAA, making it Fuel’s best-selling album. Uniquely, rather than just having a couple of bonus tracks, some versions of the album had an entire other CD of bonus songs. The discs included an acoustic version of “Hemorrhage,” covers of “Daniel” by Elton John as well as “Going to California” by Led Zeppelin, “Walk the Sky” and the music videos for “Hemorrhage” and “Innocent.” This album was released at the start of the post-grunge era but still has alternative sounds mixed in with hard rock.

Due to my family being the ones requesting these albums, I’m pretty familiar with them. They’ve been played outside in the summer, inside in the winter and everything in between. Alternative 90s grunge-era music is a staple when it comes to music at home, and I’ve especially enjoyed listening to my parents’ quintessential college tunes from their time at OU and comparing it to what I’ve regularly listened to throughout my first year as a Bobcat. I also enjoyed listening to one of my brother’s favorite albums, particularly because my parents introduced it to him. Here are my thoughts:

Ten, Pearl Jam: This album comes out on top because I like Eddie Vedder’s voice a lot. The way the outro of “Release” loops and transitions into “Once” is really cool and isn’t something musicians do a lot nowadays. Eight out of 10.

Nevermind, Nirvana: I don’t think you can go wrong with Nirvana. The angst and punk rock vibes paint a picture of a party in Athens, and I can imagine dancing to these songs at the height of their fame would’ve been a blast. “Come As You Are” is my favorite. There’s something special about the guitar throughout. Seven-and-a-half out of 10.

Something Like Human, Fuel: I can always appreciate some solid rock ‘n’ roll, and though I think I prefer the alternative genre more, I enjoyed this album. “Bad Day” and “Hemorrhage” are my favorites, but I think that may be due to them being played the most by my brother. Seven out of 10.

Tate Raub is a freshman studying strategic communication at Ohio University. Please note that the views and opinions of the columnist do not reflect those of The Post. Want to talk to Tate? Tweet her @tatertot1310. 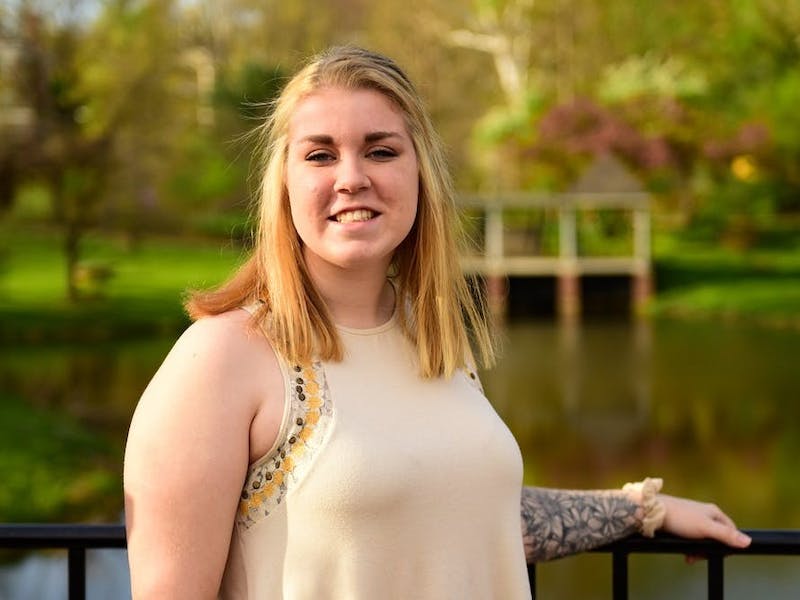