Moon Knight is a disappointment.

There’s no reason to sugarcoat it. The Oscar Isaac vehicle course-corrected in its fourth episode, built upon its solid foundation in its fifth, had a promising start to its finale and then spontaneously combusted in its final 15–20 minutes. I can't help but feel cheated. A dark, brutal Indiana Jones-esque story was promised, but what was given only half-delivered on all of those fronts. It’s just a massive missed opportunity. Even with what the series does offer, it’s the first MCU series I would call truly skippable.

I mentioned the show being the most anticipated Marvel series in my review of Moon Knight’s premiere; it’s safe to say that anticipation was met with nothing worthy of it. Sure, there are some bright spots in there, like the performances from its leads and villain, but the majority of the whole is either average or overwhelming.

I’ll be frank, this is not a good finale, even if there could be a second season coming. Nothing evokes any feeling; it’s all just so rushed, despite having five episodes to build up to those moments. There’s no satisfaction to be had. Moon Knight just made me feel like I wasted my time watching it from week to week, or even at all.

The rest of this review will contain spoilers for the entirety of Moon Knight, including the ending and post-credits scene.

Moon Knight really had the big, dumb, CGI fight scene at the end; wow. Predictable doesn’t even begin to label the finale of the series (or possibly season). Sure, there’s not much wiggle room with how the finale could go given what the series had set up, but the rest of the series was always bucking expectations. Just look at episodes four and five, delving into the dark, spiritual side of the MCU in an entirely new way. The finale just couldn’t do that for some reason.

For a character like Moon Knight, whose powers are just regenerative healing and super strength, pushing in a fight between skyscraper-sized Ammit and Khonshu just feels out of place. It would be one thing if it seemed like people couldn't see them, like with the other creatures in the series, but there are multiple points that show that the general population can see a giant alligator and giant bird skull fighting each other next to the pyramids. Not only is that utterly ridiculous, but it breaks the rules the series had set up for itself from the start. As for the effects themselves, it’s clear that the CGI budget was massively shifted to the finale because it looks so much better than any other episode in this series.

Seeing Marc and Steven shift back and forth at will during the final fight was cool, but it didn’t feel earned, especially because it undermines Steven’s death in episode five, which was one of the series’ best moments. It also sucks that this fight, which is the best fight in an MCU series to date, has to keep cutting back to the massive CGI monsters fighting behind them. That feeling of Marc and Steven’s combination being unearned is exacerbated by the addition of a third personality, Jake Lockley. This brutal personality has been teased multiple times throughout the season, starting in episode three, but the payoff just sucks. Not introducing him until the post-credits scene means cutting off Marc’s defeat of Harrow and his goons for the sake of preserving the mystery, making the main drive of the plot feel hollow and unresolved. Marvel, you shouldn't be preserving the mysteries of a presumed limited series until the credits of the final episode are over, that’s just asinine.

I don’t have an issue with the third personality being introduced, I think it’s cool, but introducing Jake so damn late undermines the series’ plot and makes the entire point of Marc and Steven balancing their scales in episode five make absolutely no sense; all it does is open up a slew of unanswerable questions. How could Marc balance his scales if there’s a ruthless murderer living within him? Why would Steven dying fix the scales if the real issue is the brutalist within Marc? Why were there only two hearts on the scale? It goes on and on.

I feel like I’m just dogpiling on Moon Knight at this point, but there are redeeming qualities. While I think the series gets off to a slow start, the fourth and fifth episodes are genuinely great and are some of the best Disney+ content Marvel has put out since the service’s inception. Oscar Isaac and Ethan Hawke deserved a much better series than they got, but at least they got paid handsomely for their work. I also think Layla’s transformation into Tawaret’s avatar towards the end of the episode is rad as hell, even if she won’t likely show up in anything outside of this series.

Despite those highs, I can’t recommend watching Moon Knight. It’s just not worth the time commitment or the space it takes up in your head. There was so much potential for Marvel to tell a cool story here, and it sunk all that potential in the end. I wish I could say I love these characters, but I don’t. I wish I could say Ethan Hawke’s Harrow is one of the best villains in the MCU, but he’s just not. And I really wish I could say this series was a must-watch, but it just isn’t in any way. 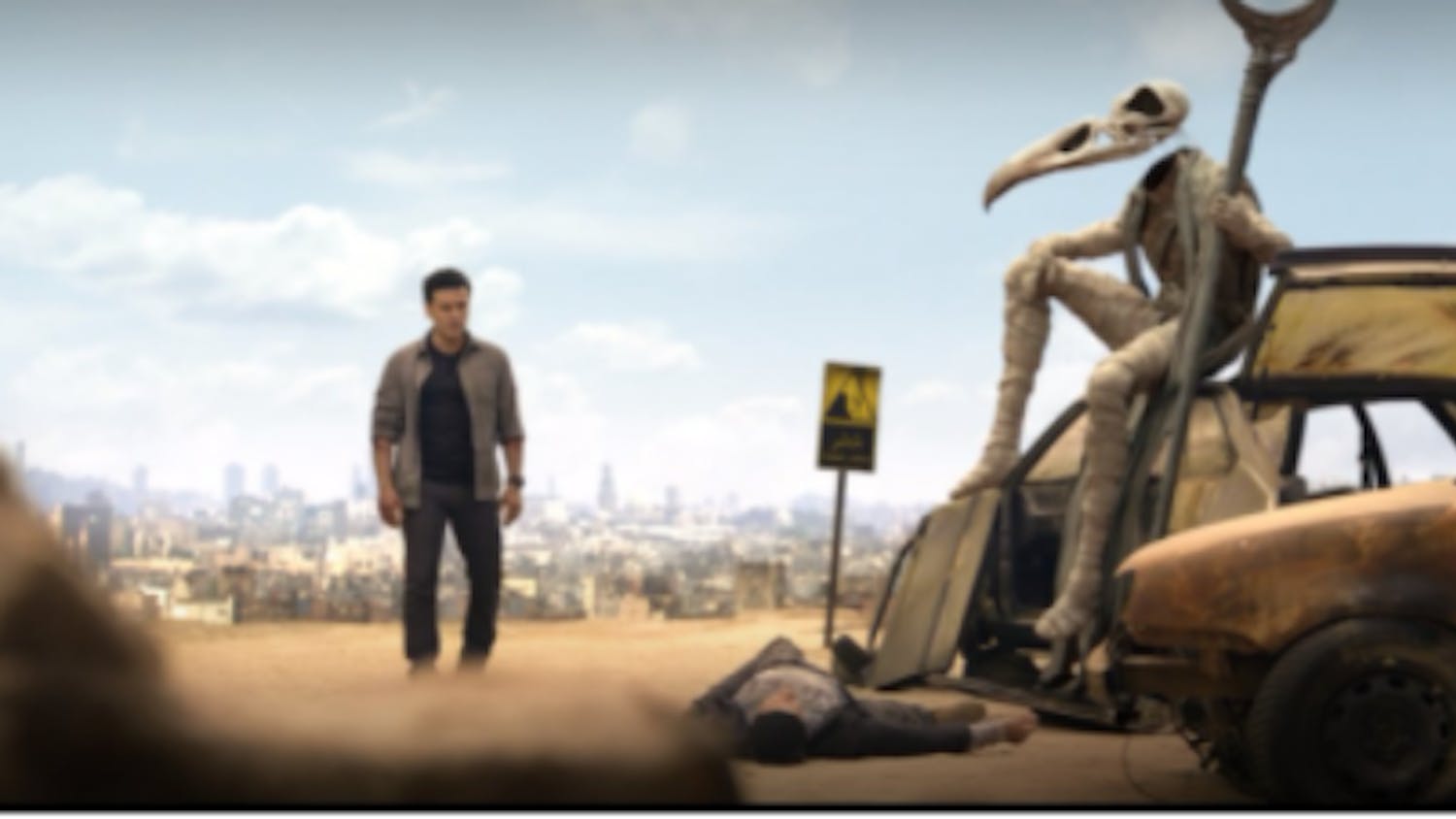 TV Review: ‘Moon Knight’ reverts back to being average halfway through 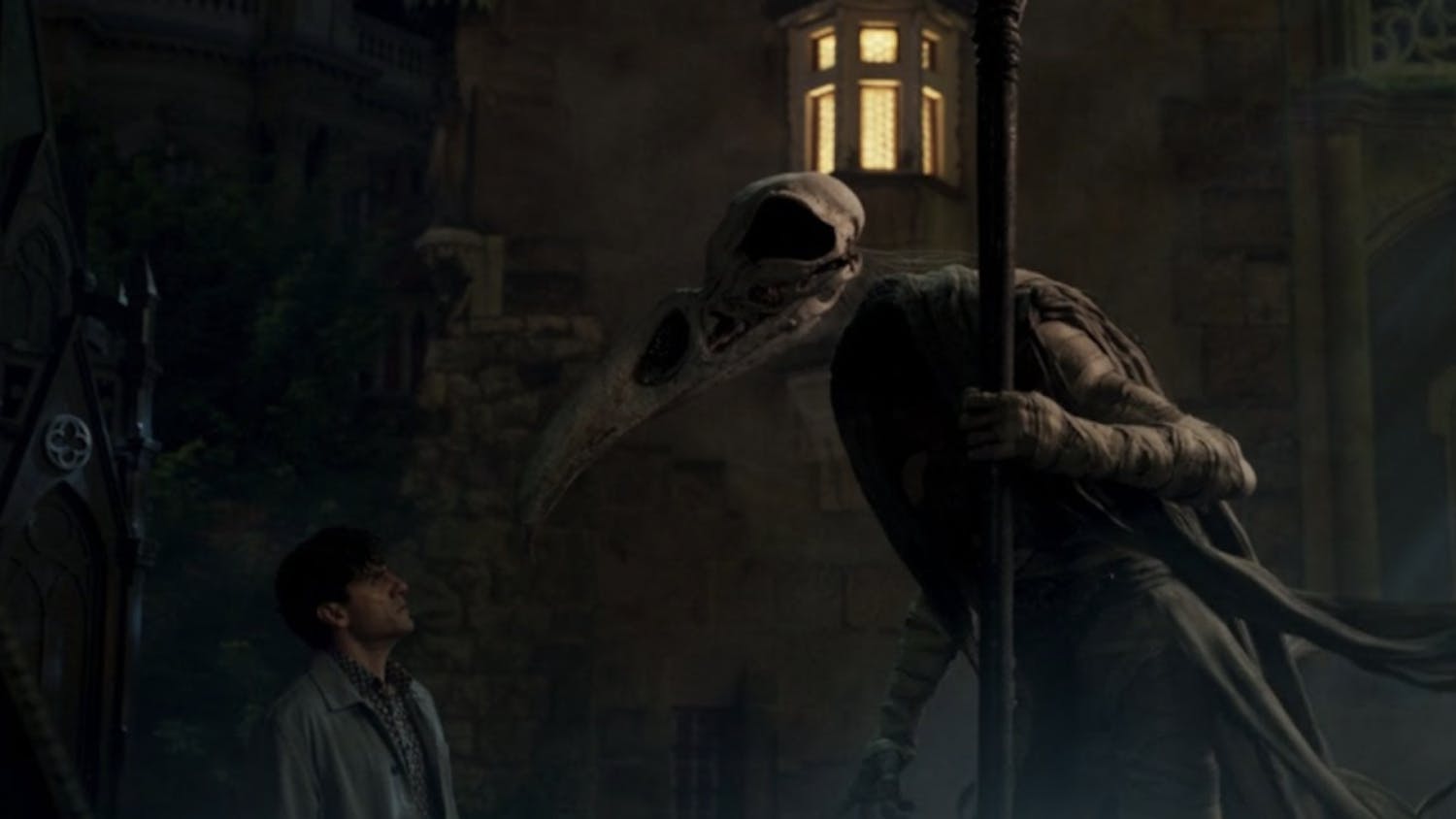 Existential Binge-Watching: ‘Moon Knight’ might be the best Marvel Disney+ premiere yet