Thanksgiving looks different for every American. Whether that means spending it on cold metal bleachers watching their favorite football team, snuggled on the couch in a turkey coma, lazily flipping channels between Macy’s Thanksgiving Day Parade and “A Charlie Brown Thanksgiving,” there are many ways to spend the iconic holiday.

For international students in the U.S., Thanksgiving can provide opportunities to immerse themselves in an American tradition or explore new ways to celebrate. The holiday has quite the history, dating back centuries.

According to History.com, what is considered the “first Thanksgiving” took place in 1621 between the Plymouth colonists and Wampanoag tribe. The two communities shared a collaborative feast to celebrate the autumnal harvest.

The Pilgrims had arrived on the shores near Cape Cod, Massachusetts, a year prior and had suffered a great deal of losses since then. By the spring of 1621, only half of the Mayflower passengers had survived. Thanks to help from Native Americans from various tribes including Tisquantum, or Squanto, a member of the Patuxet tribe, the Pilgrims learned how to cultivate crops such as corn and benefit from their close proximity to the ocean.

Additionally, Tisquantum helped to foster an alliance with the Wampanoag people. The Wampanoag was a nation made up of 69 villages located in present-day Rhode Island and Massachusetts. Today, the Mashpee Wampanoag Tribe inhabits 320 acres in the area and has approximately 2,600 enrolled citizens. Prior to the arrival of the Pilgrims, the Wampanoag people had held celebrations similar to Thanksgiving for decades. The purpose of these celebrations was to express gratitude to the Earth and spend time with other members by playing games and feasting.

The first Thanksgiving is actually thought to have been celebrated in October, and was symbolic in terms of settler and Native American relations. Of course, it is obvious these relations did not last long, and the settlement of Europeans in the Americas resulted in the near extinction of Native Americans due to disease and violence. According to Guns, Germs and Steel, scholars have estimated up to 95% of the “New World’s” population was wiped out in just a few generations.

Although American history and media have long painted Thanksgiving as a harmonious example of the peaceful relationship between Europeans and Native Americans, that is not the case. The National Museum of the American Indian encourages the public to rethink Thanksgiving and not fall victim to complying with misrepresentations. The museum said this can be done by staying away from “Native” costumes in classrooms and instead educate with Native cultural elements such as art, literature and food.

Regardless of the controversy around the fourth Thursday of November, it is indisputable that it is a uniquely American holiday. Although other countries have Thanksgiving-adjacent holidays, such as Liberia celebrating when freed American slaves founded the nation in 1822 on the first Thursday of November or Canada using the second Monday of October to honor life’s blessing, it is clear that the motivation behind the U.S.’s Thanksgiving is strictly American.

This concept can pose an interesting dilemma for international students: how do they celebrate?

Thursday will be Anastasiia Sakharova’s, a graduate student studying Latin American studies, second Thanksgiving spent in the U.S. Originally from Ukraine but having earned her Bachelor’s in American and European studies, she was familiar with the holiday and its origins.

Similar to last year, she plans to spend Thanksgiving with her friends and host a “Friendsgiving.” Having never celebrated it before prior to last year, Sakharova said she enjoyed the celebration, especially learning about what food is typical.

Sakharova also said she was surprised by the willingness to make her first Thanksgiving special because she didn’t have any real idea of what to expect. Having never heard of a Friendsgiving, she was pleasantly surprised of what that entailed.

“I think it was a very nice idea of Friendsgiving because of course, I had heard about Thanksgiving, and I’ve heard that people are doing it with families, and they’re celebrating,” Sakharova said. “I don’t have my family to celebrate it with … but then people are like ‘Yeah, there is a thing called Friendsgiving.’ I think it’s a really amazing concept that people came up with.”

Sakharova detailed her favorite part of the celebration when all her friends took turns sharing what they are thankful for. Having had a rough fall semester, Sakharova took this opportunity to express her gratitude toward the people that had helped her get through it.

“I really appreciated this time as the time to actually think about what had happened during that year and just saying thanks to the people that were really close to you,” she said. “It’s about being grateful, and this is amazing.”

Jisoo Jin, a freshman studying international relations, is also choosing to embrace the friendship side of Thanksgiving as well. Originally from Japan, this will be his first Thanksgiving. Going home with a new friend, Jin is excited for what is on the menu.

“His mom will make me some traditional Japanese food,” he said, smiling.

Andreas Jorgensen, a graduate student studying American studies, has the opportunity to acquaint himself better with members of his extended family. With a fascination in American culture, it has always been a goal of his to travel to the U.S. from his home country of Denmark. He gets to see a little more this week since he will be traveling to Wisconsin–by bus.

Jorgensen’s second cousins on his mother’s side are originally from Iceland but reside in America’s Dairyland. Although he has never met them before, Jorgensen has been communicating with his family via Facetime. Since the journey is so long, Jorgensen will be stopping in Chicago where he is excited to see the famous American city.

Wanting to sample the traditional American cuisine that accompanies the holiday, Jorgensen said he wouldn’t mind if more traditional Icelandic dishes such as Svið, or sheep head, was omitted from the table.

With his unique perspective, Jorgensen said he is excited to observe the traditions. As his time abroad is coming to an end shortly, his first Thanksgiving is lined up to be truly memorable.

“I really think it's amazing because it's something that everyone embraces, no matter your cultural background, religious background–everyone kind of comes together with Thanksgiving,” Jorgensen said. “I’m very excited to go and see how everyone celebrates it.” 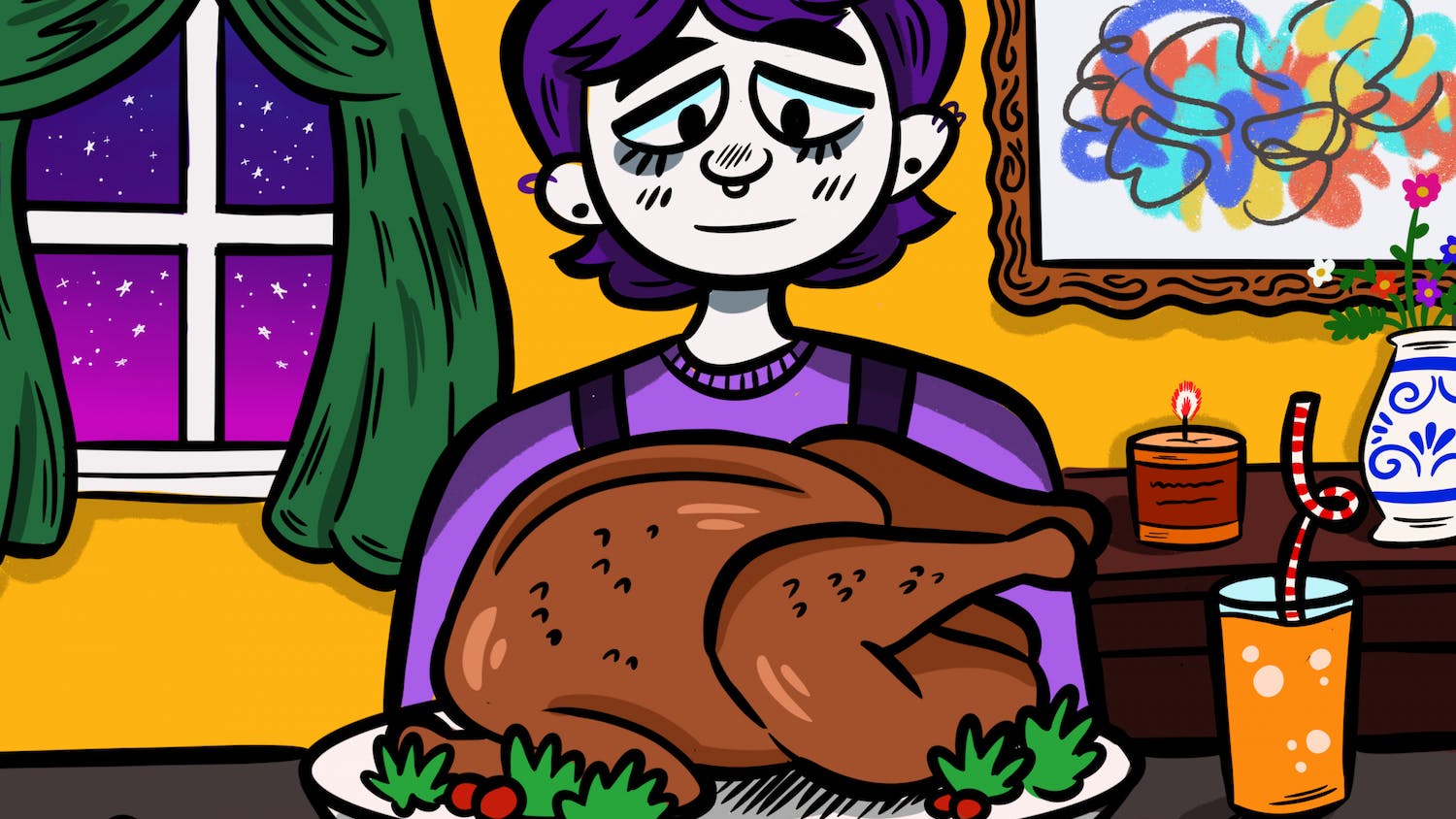 Working through food and the holidays 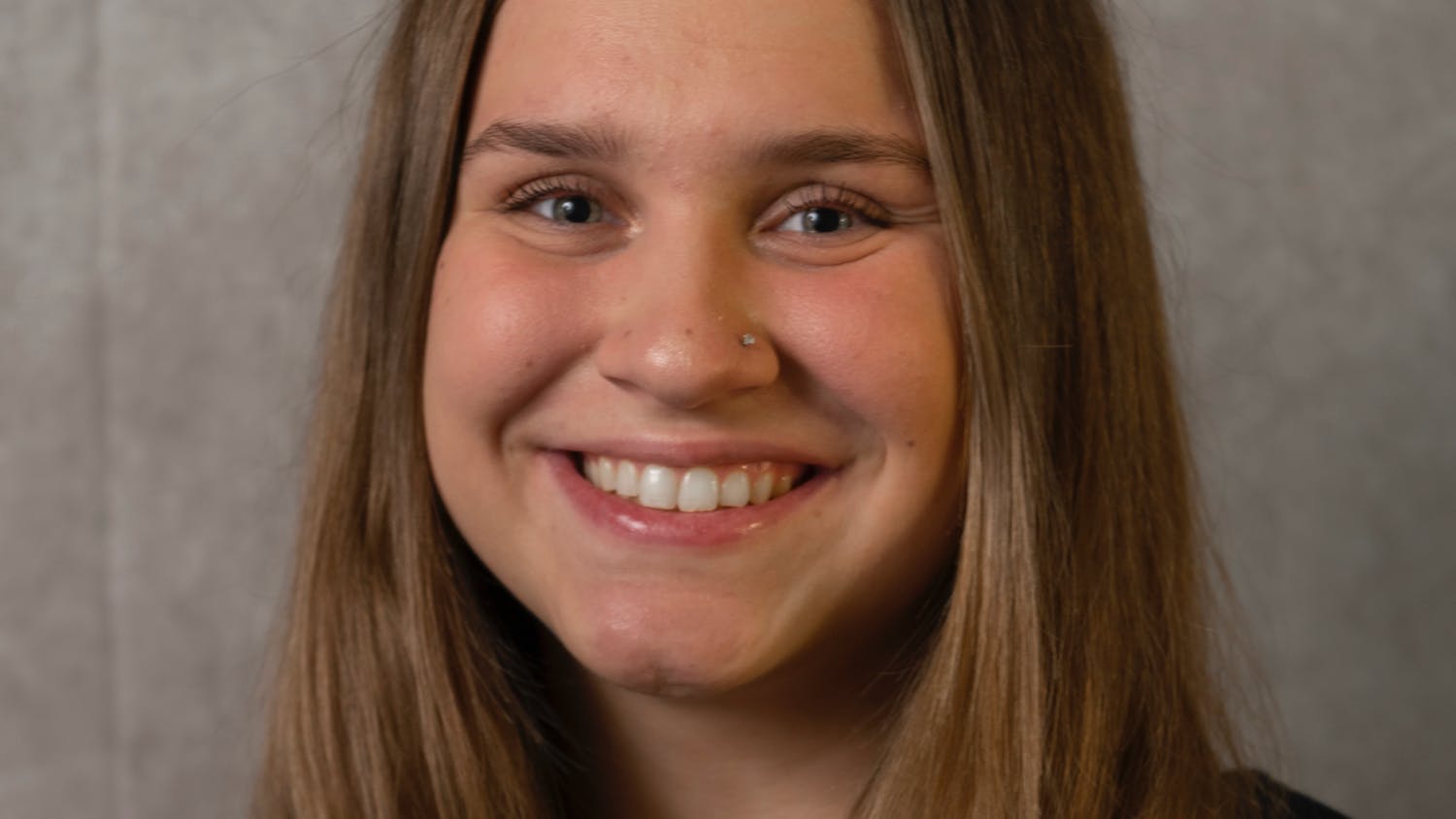