A wave of nostalgia overcomes many when a nerf gun is mentioned. Nerf gun battles were a big part of many Bobcats’ childhoods. Despite growing up and coming to campus, some students have found an outlet to continue the playful fun.

The Ohio University Urban Gaming League, also known as OUUGL, has provided an outlet for Bobcats to battle for years using nerf guns.

“The main thing that we do as a club right now is this thing called HVZ, which is humans vs. zombies, which is essentially a game of nerf tag paranoia,” said Susie Griffin, a senior studying English and creative writing.

Griffin serves as the current president of OUUGL and has been participating in nerf battles on campus since her freshman year. When it comes to retention however, the club attracts some who have been around for longer than just a few years.

“My family moved out here in 2015, and we were just kind of exploring the town as there was an HVZ game going on,” said Justin Mooney, an area local. “I kind of pestered my parents, I was like, ‘hey, can I go to this?’ and eventually they let in and said, ‘yeah, you know, sure, go ahead.’”

Mooney’s first battle happened to be the club’s 10th anniversary game. His first year, 2016, brought crowds of hundreds to nerf battles, including many non-OU students.

“People from out of town would come and play,” said Mooney. “We had people coming, just from all over the country really at one point, we had some people from California coming in. It was just a bunch of goofy nerds running around being kids again.”

The hobby and turnout began to dwindle following 2016, until the start of the pandemic, where the club would soon become inactive.

“We just got reinstated this past semester as a club since COVID,” said Griffin. “It's been a lot of groundwork of picking the pieces up, trying to figure out what we need to change, but also trying to get students really involved.”

Since becoming officially reinstated, OUUGL has hosted two battles this semester. Despite only attracting 12-15 people per battle so far, the club looks to build for a bigger future.

“We are trying to do more open meetings with students, student body just to get more people involved,” said Griffin. “So that is our one really big plan this upcoming semester.”

The club has truly had an impact on many of its members in personal ways.

“Senior tag was always very interesting to me in high school,” said Clair Schmidt, a senior studying math. “HVZ is really just the extension of senior tag to nerf on a college campus.”

The club offers more than just battles, but instead a personalized experience.

“I always liked nerf guns, and I still had a bunch lying around,” said Schmidt. “And it seemed like as good an excuse as any to bring them out and do something with them again.”

OUUGL looks to promote their nerf battles this spring by tabling and simply playing nerf on college green to attract bystanders.

The club currently has two battles planned for the spring, the first being a Dungeons & Dragons themed battle to be hosted on Feb. 24 to Feb. 26 and a second battle planned for April 7 to April 9. 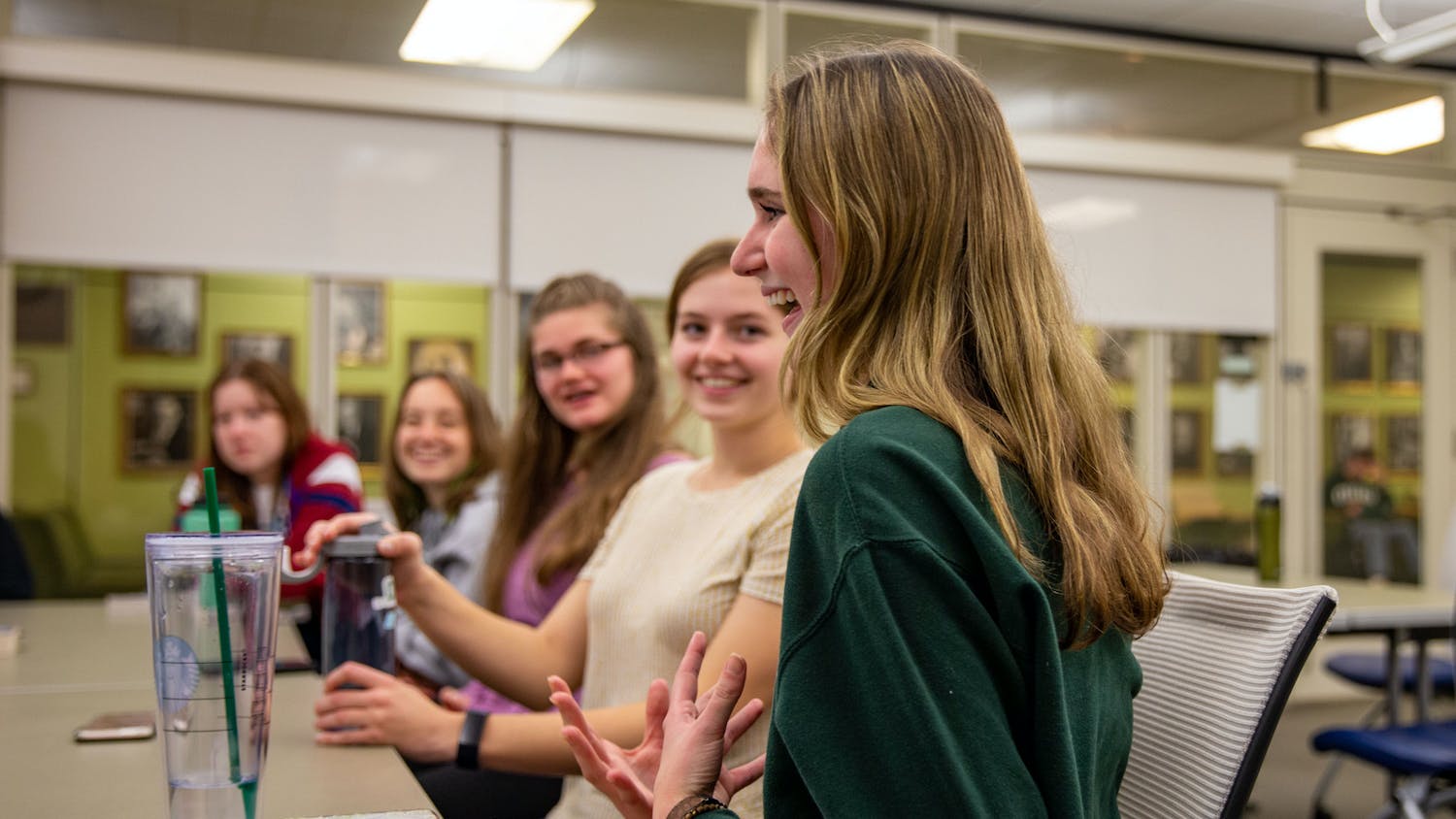