Coach Joel Greenlee spent the third week of January preparing for Ohio’s first home duals of the new year, making training plans the same way he always does. Greenlee’s big on consistency. He’s not superstitious, but he does like consistency.

“The best way to put it is I buy the same things every time, and if I go to Kroger, and they’re out (of something) for instance, I’ll scour town or whatever we’ve got to do,” Greenlee said.

His dedication to consistency has helped him over his 26 years with the Bobcats. He came to the program as an assistant in 1997-98, but was promoted to interim head coach that same season due to head coach Harry Houska going on sick leave. The next year, he became the head coach.

Now, years of trophies, photos and memorabilia line the walls of Greenlee’s office. The centerpiece: a giant decal of the 2013 NCAA wrestling tournament in Des Moines, Iowa. Greenlee, an Iowa native, chose the image after he moved into his new office in The Convo a few seasons ago to remind him and his wrestlers why they’re here.

“I saw this picture on the internet and I was like ‘you know what, we should put that on that wall,'” he said. “It wasn’t exactly what I envisioned, but you still come in here and it's kind of cool. Every time guys come into my office, they look at a picture of the NCAA Tournament. That’s one of our goals, is we want to make it to the NCAA Tournament. We want to be All-Americans. We want to be national champions and all those things. Every day you come in here and see it”

Greenlee’s seen the NCAA Tournament a few times in his tenure. In his first season, the Bobcats finished ninth at the NCAA Tournament. They also won a Mid-American Conference regular season title with a perfect 5-0 conference season. Greenlee was named the National Wrestling Coaches Association National Assistant Coach of the Year that same year.

There’s been a lot of change since Greenlee started. The athletic department has been restructured, the MAC has made advances in wrestling and even Greenlee has changed his ways.

“I think the biggest thing that I’ve maybe figured out (or) learned over the years is to be on a pretty even keel.”

Greenlee has a team of 35 wrestlers that rely on him. He recognizes that they are going to feed off of his energy daily. It’s not just about how he treats them on the mat, but off the mat, too.

“There’s a lot of highs and lows on a daily basis and some days, it feels a little bit like a punching bag,” Greenlee said.

Greenlee’s there for his team from relationship troubles to grades. He focuses on doing the right thing because his role as a coach is to shape the team. He builds true relationships with his athletes and focuses on elevating positivity.

Positivity is the one thing that has remained a constant for Greenlee throughout his career. His coaching style has evolved, but his ability to get rid of the negatives hasn’t. He wants to help his athletes understand that they’re not just wrestlers. Greenlee wants them to pursue their degrees and prepare for the future.

Greenlee is motivated by the effect he has on the athlete’s lives. He wants them to succeed on the mat and later in life.

“I want guys to come here and I want them to get a meaningful degree. I want them to work hard. I don’t want them to just say ‘Hey, I’m a wrestler.' I’m going to do the best I can and I’ll think about getting a job later or think about a career later, those things,” Greenlee said.

Greenlee keeps track of his athletes later in their lives, too. He still sends Spartak Chino, who graduated in 2016, photos of Golden Tee 2K machines when he sees them because the two used to battle on the one in Greenlee’s office.

“I’m a Golden Tee guy,” Greenlee said. “I’m not a gamer, like holding a controller, I don’t even know if I could play. I’m not good at sitting around.”

However, on Friday and Sunday, Greenlee sat on the sidelines and watched his team with intent. Occasionally, he’d stand and shout with enthusiasm during a bout, but otherwise he remained calm. He focused on each move and coached the Bobcats to their first victory of 2023.

After the meet, Greenlee’s spirits were high. He was happy about the victory, but it wasn't all he wanted the team to do. He wanted them to do their best for the seven minutes they are on the mat. To him, if a wrestler has gone out and gave his all—win or lose—that is the real victory.

Greenlee has had many wins over the years, and to him, one of the biggest is being at Ohio. He loves the small-town atmosphere of Athens that reminds him of his hometown in Iowa. Most of all, though, he loves coaching. 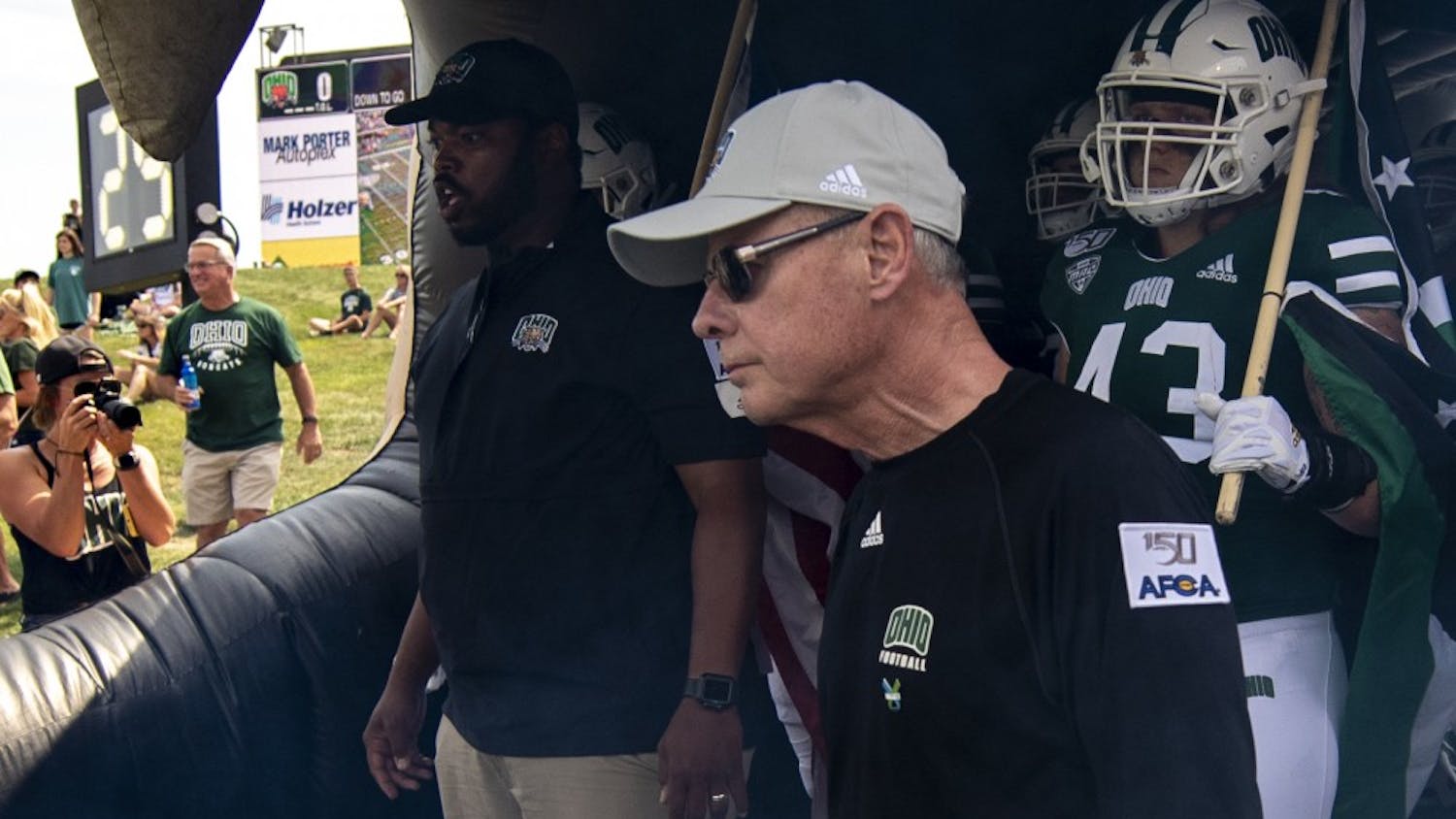 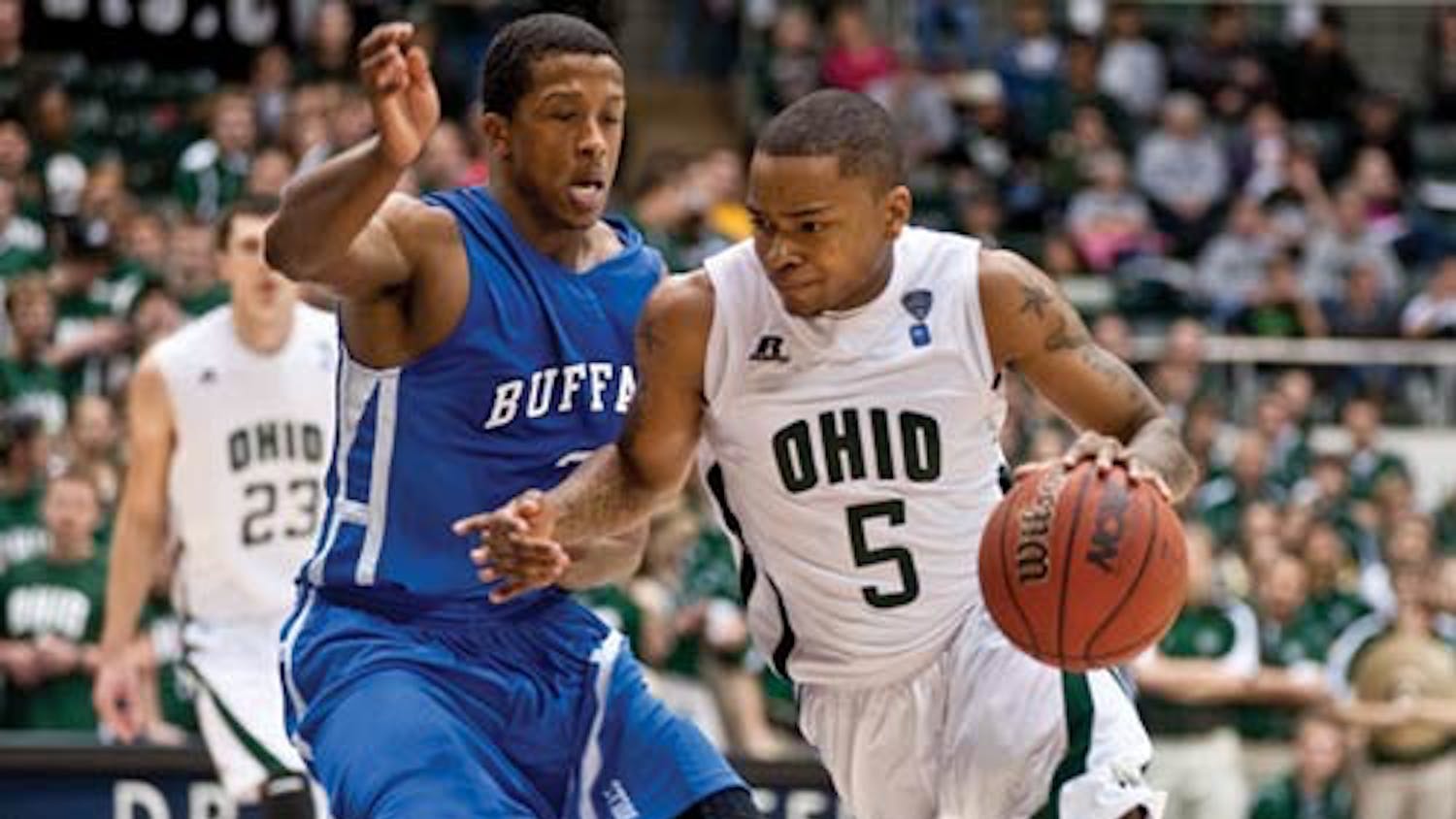