Amplified Observations: Songs don’t need to be works of Shakespeare to get the point across 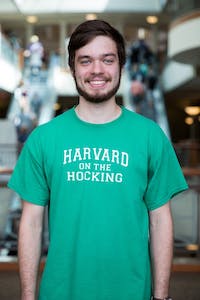 Sometimes the simplest lyrics can hit the hardest if there’s universal truth laced into them.

Oftentimes, songwriters of the 21st century weave together works full of ironic meta references and vague but complex yarns. But what do they really have to say?

Sure, musicians such as Bob Dylan, Neil Young and Father John Misty can portray advanced social situations with ease but when Iron & Wine, TV On the Radio, Fleet Foxes or Arcade Fire attempt this with minimal explanation their songs become incredibly boring (not to say I don’t like those artists as whole).

Narrative songs, as burdensome as they can become to the listener, have a place in music. However, they undoubtedly break the connection between lyricist and listener with the songwriting becoming a narrator or interpreter rather than a feeler. Why would a point of wisdom need to be made through a complex allegory when it can be said directly with feeling and sincerity?

Allusions offer extra-textual support but are no substitute for pure emotion or an original idea. And alluding to another work guarantees the conceptual territory has been traveled many times over.

Elvis Presley’s lyrics might be simple and frank but he undoubtedly meant them when he performed or recorded. It is, in reality, the easiest, most undiluted path to emotional communication. So who’s to say his songs are not better than a symphonic rock suite or carefully crafted narrative account?

Even on an album as complex and weird as Nick Cave and The Bad Seeds’ latest release Skeleton Tree, the simplest lyrics like “With my voice/ I am calling you” from the opener “Jesus Alone” or the sobbing mantra “Don’t touch me” from “Girl in Amber” emerge as the most memorable. The album is a modern example that lyrical ambiguity is powerful and listeners want to connect the feelings to their own lives. Cave succeeds in returning to simplicity and feeling.

But when there is nothing solid to latch onto, no specific direction or emotion and only vague thoughts, it’s hard to become emotionally invested in a song as a listener. And it’s even more so when the song is told from third person.

That’s why forthright tunes like Roy Orbison’s  “Crying” and Elvis’ “All Shook Up” have become so timeless. The relatability has no temporal limit.

I’m not calling for long songs and narratives to be sent to the guillotines. That would make music a whole lot more boring. But rather I prefer when artists winnow the chaff from their output so I don’t become bored with the useless fluff.

Just as a tattoo does not have to have extensive meaning to look cool, some songs exist just because someone has the inexplicable desire to will it created. And with their honest lyrics, they are often some of the best and purest ones.