Cinema and Syntax: Sorry, Hollywood Foreign Press — ‘Get Out’ is not a comedy 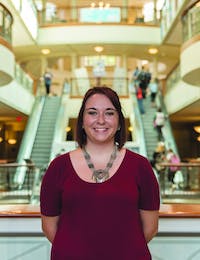 The Hollywood Foreign Press Association, or HFPA, started turning ballots in for the Golden Globes, and the potential nominations have already sparked discussion. The biggest shock came in the Best Motion Picture, Musical or Comedy category.

Supposedly, there are some people who think Get Out is a comedy.

A film that falls in the horror category. A film that highlights racism in America. A film that had people re-evaluating themselves and the social climate we live in.

A film that is definitely not a comedy.

So why would the HFPA think Get Out would fit in the Best Motion Picture, Musical or Comedy category?

Many film critics consider Get Out a satire, which is inherently true. Get Out comments on the current political and social climates, but it doesn’t extremely overexaggerate those aspects and nor does it present it in a comical way.

Again, the film is not funny. The social commentary is terrifyingly accurate, and just because a movie takes on satirical characteristics does not automatically make it a laugh-out-loud film.

It doesn’t help that Jordan Peele, one half of comedy duo Key and Peele, wrote and directed the movie. Peele is known for his comedy, but labeling him a comedian is limiting, as Get Out showed audiences. Peele can do so much more than comedy. His past roles should not affect him, but it obviously has in this case.

The most obvious reason members of the HFPA voted for it as a comedy is because they don’t think it will win in the Best Motion Picture, Drama category. It’s not the first time this has happened or been this evident.

In 2016, Ridley Scott’s The Martian was nominated in the same category. The film took home the Globe, but Scott expressed his confusion about the movie’s placement in his acceptance speech. Had The Martian been in the drama category, it would have been up against movies like The Revenant, Room and Spotlight. It was obvious the film would not have won if it would’ve been nominated as a drama.

The Martian had some funny moments, but it sure wasn’t a comedy. It fell more on the drama side. But to put things in perspective, The Martian is funnier than Get Out.

If Get Out picks up an official Golden Globe nomination — and let’s face it, there is a very good chance it will — the film probably won’t win in either category. It’s rare that a film has this level of longevity. Get Out was released Feb. 24 — two days before the 89th Academy Awards — so it will face newer films in either category. If nominated as a comedy, it could be up against Lady Bird, The Big Sick or The Greatest Showman. And the drama category is could be stacked with Dunkirk, Darkest Hour and Call Me By Your Name.

The HFPA needs to stop categorizing films as anything other than what they are. It’s nice to want films to win, but nominating them in categories they clearly don’t belong in undermines the artistry and vision the director and writers were trying to portray.

And, quite frankly, it makes the HFPA look stupid.

Georgia Davis is a junior studying journalism at Ohio University. Please note that the views and opinions of the columnists do not reflect those of The Post. What do you think about the Hollywood Foreign Press Association’s choice? Tell Georgia by tweeting her at @georgiadee35.