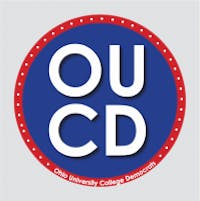 While strict voting laws combat a non-existing issue, minorities are left under assault.

During the second Civil Rights Movement in the U.S. during the 1950s and 60s, one of the most sought after rights by activists was the right to vote. Malcolm X is famously remembered for saying “Give me the ballot or the bullet,“ offering segregationists an ultimatum to either respect African-American voters or suffer the violent consequences, similar to the American revolutionists who fought against taxation without representation. Martin Luther King, alongside John Lewis, Stokely Carmichael and Diane Nash, led the Selma Campaign protesting for the right to vote that finally convinced the U.S. government to act. Five months after the campaign ended, President Lyndon Johnson signed arguably the most important piece of legislation to come from the Civil Rights Movement: The Voting Rights Act of 1965 (VRA).

The VRA reinforced the right to vote for minorities with the full support of the federal government. It allowed the Department of Justice to use a coverage formula under Section 4(b), which is approved by Congress, to determine if states, counties or cities use discriminatory practices in their electoral process. Should a jurisdiction be identified as such under Section 4(b), the Department of Justice was allowed to use Section 5 to invalidate any discriminatory election laws from those jurisdictions. Several mostly former Confederate states tried to pass laws that would have limited the voting power of minorities, ranging from restrictive photo voter I.D. laws to racially-biased gerrymandered districts, but Section 5 prevented them from going into effect while protecting the rights of minorities. Section 5 proved to be instrumental in expanding the franchise to minorities. According to the U.S. Commission for Civil Rights, African-American voter registration in Mississippi increased from 6.7 percent in 1965, to 59.8 percent in 1967, to 90.2 percent in 2012.

Unfortunately, Section 4(b) wouldn’t be around forever. In 2013, in the U.S. Supreme Court case Shelby County v. Holder, the Supreme Court ruled Section 4(b) unconstitutional in a 5-4 decision, rendering Section 5 moot. With the coverage formula no longer valid, and Republicans in control of the House of Representatives unwilling to renew the formula, the states that were once prohibited from enacting their own laws were allowed to pass any electoral laws they saw fit. It was at this point that we saw states that were once covered under Section 4(b), such as Texas and Georgia, start to enact stricter voting laws that diminished the influence of minority voters. Texas enacted a strict photo Voter I.D. law, passed by a Republican-controlled state legislature and signed into law by Republican Governor Rick Perry, that prevented people from voting unless they had a state approved photo I.D. such as a driver's license, which many minorities who live in cities and rely on public transportation do not have. In Georgia, Secretary of State Brian Kemp, who is also the Republican nominee for Governor, has placed on hold 53,000 voter registration applications, of which around 80 percent belong to minorities, in an effort to bolster his candidacy in a tight race against Stacey Abrams, an African-American Democrat who has energized those very same minority voters.

Now, Republicans will defend these laws arguing that they are intended to combat voter fraud. However, voter fraud is not an issue in American elections. In a study conducted by the Washington Post from 2000-2014, they found only 31 credible cases of voter fraud out of over 1 billion votes cast.

Republicans know there is hardly any voter fraud. They are simply trying to disenfranchise minority voters who they know will not vote for them. If these laws go unchecked and unchallenged, minorities are looking at a return to Jim Crow-style voter suppression.

Bailey Williams is a junior studying economics at Ohio University. Please note that the views and opinions of the columnists do not reflect those of The Post. What do you think? Let Bayley know by tweeting him @BWill_Ohio.