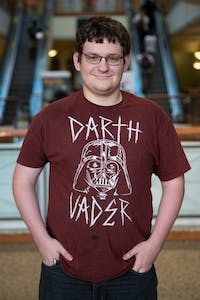 Red Dead Redemption is something of an anomaly within the gaming industry.

Popular wisdom might tell you that a high-budget Western video game wouldn’t light up the sales charts — unless that Western game happened to be by Rockstar Games, developer of the record-smashing Grand Theft Auto series.

Red Dead Redemption 2 is a prequel to the original game, set in a fading Old West as the law closes in on the remaining outlaw gangs.

You play as Arthur Morgan, a senior gun in the Van Der Linde gang, as a botched heist forces the gang to flee from threats on all sides. Arthur is forced into a spot of introspection as he balances his loyalty to Dutch Van Der Linde, the gang and his own moral compass. Also, people like to shoot at him.

After Grand Theft Auto V made more money than God, Rockstar’s goal for its next game was clearly to take all those ill-gotten microtransaction gains and make the most excessively detailed game known to man.

RDR2 plays much like other Rockstar games, including the original Red Dead: the same mission structure, the same slow-motion mode, the same dearth of handheld automatic weapons, but with an extra survival layer thrown on top. Arthur must keep his core health, stamina and “Dead Eye” up by sleeping and eating, and the same goes for his horse. He and his horse get dirty, his hair and beard grow, and you also need to clean your guns from time to time.

It might be annoying, and managing all this might hinge on your tolerance for frequently inhaling canned vegetables in Popeye-like gulps mid-mission. It also involves dealing with how bad movement can get in tight spaces, losing your hat constantly, the total nightmare that is hunting for pristine animal pelts, having to change clothes for the weather and so on.

Underneath all that design cruft, however, exists one of the most extensively polished video games I’ve ever played.

The amount of animation work that goes into simply skinning dead animals, for example, is mind-boggling, and the visual work around the entire game is just as astounding. The sound design goes a long way towards making your terrible late-19th-century guns feel punchy, and the voice acting is top-notch and supports a rock solid script.

In the late game, it stumbles only mildly by making Arthur repeat the same thought over and over for our benefit. I get it. Just let me shave him already.

That, and the game went to the trouble of remaking a large chunk of the original game’s map before letting it go totally unused by the main story. Why is it here?

All told, you do get your bang for your buck in terms of quality and quantity, even before the online gets added. I feel like $60 is perfectly justified, so long as you’re OK with an experience that isn’t afraid to pump the brakes, leave the car and occasionally get mauled by cougars.