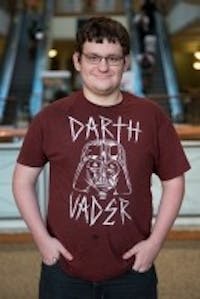 Insomniac Games is a reliable staple of the gaming world, especially for Playstation fans like myself. Picking up one of their games, more often than not, will result in a good time. The less said about Fuse, the better. At the start of all that was Spyro The Dragon, one of the mascots for the original Playstation, and one of the few early 3D platform games to really hold up over time. Spyro’s unique move set as a tiny purple dragon made for some delightful “collectathons”, and the levels he went through oozed with whimsy.

After Insomniac left him behind to make Ratchet and Clank, the purple dragon took quite a beating, from the literally unfinished Enter The Dragonfly, to a bad crossover with fellow PS1 castaway Crash Bandicoot, to the obligatory dark and gritty reboot, to a bit part in the toys-to-life Skylanders franchise. It fell, then, to Skylanders developer Toys For Bob to polish the original trilogy so Activision can make another giant pile of money off of a nostalgia-driven remake. And I’m perfectly OK with that.

The new skin they’ve draped over the bones of the original is quite a looker, even more-so than the one Vicarious Visions did for Crash Bandicoot. Toys For Bob took the implications of the old polygons, and made them real. For example, the Colossus level from Spyro 2: Ripto’s Rage was a Tibetan monastery had an inexplicable hockey mini-game behind the exit. Now, there’s more hockey paraphernalia in the details that foreshadow its existence. They redid the soundtrack too, but were kind enough to include the original Stewart Copeland tracks. For the original Spyro in specific, all the identical looking dragons you’d rescue have been given unique designs and animations. Some purists might bristle at how much the game’s style has changed, but on the whole, this is a smart looking package.

On top of that, the whole trilogy sees gameplay changes big and small. The biggest is clearly the change to a free camera mapped to the right stick to reflect the current standards of looking at stuff. They’ve made landing on the edge of a platform just that tiniest bit easier, and the hover has been changed from looking like a pathetic flail to one big final wing flap to better communicate what’s going on when you use it.

Taken altogether, Spyro Reignited Trilogy offers quite a bit of game for the base price of $40, enough so that it literally all can’t fit onto a single Blu-Ray disc, and most of the second and third games are downloaded via patch. If that isn’t a deal-breaker, feel free to charge in at full price.