The Associated Press Stylebook, a standard reference for English grammar in the U.S., has changed over the years. Those changes include the recent addition of the singular “they” to its list of pronouns.

The change seems to be reflective of a progressive society in which “they” has gradually become a more common and acceptable way to address people who don’t identify with either half of the traditional gender binary. Though the AP Stylebook and many people have adapted to the change, it seems to raise two questions: how does the education system go about teaching children that new development in identification, and how will the lesson impact children as they are growing up?

Using “they” as a singular identification mostly affects the language arts area of study. Instead of merely teaching the he/his and she/her(s) pronouns, the idea that the word “they” is not just a reference to two or more people could also be taught. “They” may be singular and act as the pronoun for people who identify as non-binary.

Mathew Felton-Koestler, an associate professor of teacher education in the Patton College of Education, recognizes the inclusion of the singular “they” pronoun and encourages his students, who will soon be teachers themselves, to be understanding and accepting toward the pronoun as well.

Felton-Koestler begins the semester by asking students for their personal pronouns, hoping to instill the idea of asking for pronouns into his students. He also believes it is advantageous to start teaching kids about preferred pronouns at an early age.

“My kid learned that at a very early age,” Felton-Koestler said. “Learning that different people use different pronouns and that individuals get to decide what those are, and they get to decide how they identify themselves. I’m not an expert on early childhood development, but the idea that it is beyond a child’s capability to start learning these things early is false. The earlier you do it, the more normalized it is.”

Felton-Koestler is fully aware that the first uses of “they” in a singular sense has been dated back centuries. Over time, it’s become more accepted in style guides, education settings and workplaces.

Though Felton-Koestler is aware and accepting of all pronouns, he doesn’t take specific measures to teach them to his students because there isn’t a college-wide plan to communicate that to students. In past courses, he has included readings about young children who were genderqueer to show that it’s relevant at all ages, even as a child.

“To me, the pronoun issue should be a nonissue,” Felton-Koestler said. “If someone wants to be called something, you should be respectful and use that to refer to them. Occasionally I have students who disagree, but I see that as your responsibility to set that aside as a teacher and think about what makes the most welcoming environment for your kids.”

Teagan Rabuano, a former New York University ambassador for the Gay & Lesbian Alliance Against Defamation (GLAAD) who uses they/them pronouns, spent their whole college career coming to terms with their identity. Now, as NYU’s graduate outreach and engagement coordinator for the LGBTQ Student Center, Rabuano understands firsthand the importance of teaching the lesson of inclusion and acceptance early on.

“Generally speaking, if we don’t know someone’s gender, we usually refer to them as ‘they,’” Rabuano said. “Especially when we are talking to young children. It’s something that’s already taught, so clarifying that it’s actually used as a pronoun at a young age can be really helpful. It not only helps cisgender people to be more understanding and respectful, but it also allows young children to grow up knowing that there are more options and releases children from stigmas around LGBTQ+. It certainly will save a lot of time and heartache.”

Students studying education also understand the importance of teaching the lesson of preferred pronouns and feel honored to free children from being categorized.

Sydney Liptak, a freshman studying education, is excited by the progress and acceptance of more inclusive pronouns and believes it’s essential for children to learn at an early age.

“I think it’s a good thing to start teaching pronouns at such an early age,” Liptak said. “By doing so, we’re giving children more of an opportunity to decide for themselves. Instead of telling children what they should be, we will just provide all of the information to give them options. It makes me so happy to teach children at a younger age so they can start becoming more understanding earlier on.”

Liptak, Rabuano and Felton-Koestler all agree teaching children the serious and important lesson of pronouns is imperative. The earlier the idea of inclusion is planted into their heads, the earlier they learn. In this day and age, it’s been difficult for people to fully adapt to the singular they pronoun, as it had not been taught in their early education, and some style guides reject the pronoun altogether.

The three also agree that whether the pronoun is he, she, they or anything else, the most important aspect of teaching children about the different pronouns is to allow them to be free and explore themselves so they don’t feel categorized in a specific role or persona. The earlier the lesson begins, the earlier people’s inclusivity and understanding will also begin. 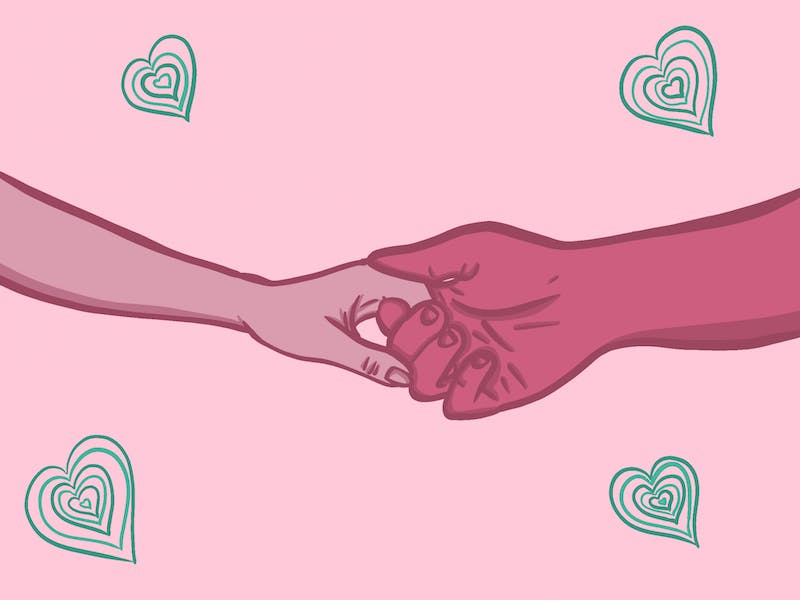