Cinema and Syntax: The Academy Awards have become a network sellout 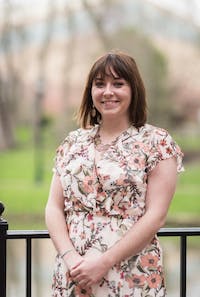 By now you’ve heard the Academy of Motion Pictures Arts and Sciences decided to air four Oscars during commercial breaks. Some people are probably shrugging and wondering what this even means. It means the Academy no longer cares about its filmmakers and only cares about viewership.

The film editing, cinematography, makeup and hairstyling and live-action short film categories will be cut from the live broadcast, but they will be available to see on a livestream. Of course, this was met with a lot of backlash. No one put it better than Best Director winner Guillermo del Toro who tweeted “I would not presume to suggest what categories should occur during commercials on Oscars night,  but, please: Cinematography & Editing are at the very heart of our craft. They are not inherited from a theatrical or literary tradition: they are cinema itself.”

Film editing is one of the most essential aspects of filmmaking. Imagine slaving over a computer every day for months, taking days of footage and making a film out of it. The editor has to pay attention to how the movie flows and makes sense. It is a tedious job.

Cinematography is the sole reason we have film. Without the camera, there is no movie. The director of photography and director decide how the film will be presented to viewers and how the camera should move to tell the story.

Makeup and hairstyling has played vital roles in movies getting nominated. Look at last year’s Darkest Hour. Had Kazuhiro Tsuji, David Malinowski and Lucy Sibbick not transformed Gary Oldman into Winston Churchill in an impeccable fashion, one could assume he would not have won Best Actor.

Then there’s the short films. To tell a story in three hours or less is one thing, but trying doing that in less than 40 minutes. The script has to be concise, the director has to know the exact direction and the development has to be there. No film format should be seen as inferior to another.

What gives the people in charge of the Academy the right to choose which awards should not be broadcasted? The only reason it needs to cut categories from the broadcast is to please ABC. Taking out awards is not going to increase viewership. People don’t watch the Oscars because they don’t have cable or they find out who wins on social media; it has nothing to do with what awards are presented and how long it takes.

The same concerns were brought up when the Academy announced the postponed Best Popular Film award. Except this time, the Academy is saying some film trades are more important than others.

The worst part about it is the Academy isn’t catering to the people who matter most: the filmmakers. The Oscars are for the people who make the movies and not for the viewers. It should go back to not broadcasting on television and do a livestream only if it’s not going to recognize all the film trades. It’s a shame the hard work people do won’t be recognized at the same level as other ones.

Georgia Davis is a senior studying journalism at Ohio University. Please note that the views and opinions of the columnists do not reflect those of The Post. What do you think of the Academy’s decision?  Tell Georgia by tweeting her at @georgiadee35.