Jack of All Trades: Bill Weld is the perfect Libertarian for Republicans 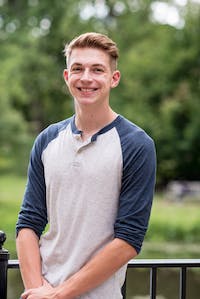 As the nation inches ever closer to the election which will inevitably be more contentious and splitting than the last, more and more candidates are throwing their hat into the ring at a shot for the White House. While every Democrat on the face of the planet has declared, there is sparsely a Republican that dares step up to challenge incumbent Donald Trump.

Weld is arguably the worst Republican to challenge Trump for the nomination. That’s because he’s not a Republican despite being registered as one; he’s a Libertarian.

An honest-to-God bleeding-heart Libertarian. Not since the days of Ron Paul has a candidate that truly supports the principles of liberty for all faced the Goliath of the modern Republican Party.

Weld, looking solely on his social stances, could be mistaken for a Democrat running in the wrong race. He’s pro-choice, supports marijuana legislation, and is staunchly supportive of civil rights. Weld’s social stances all lean heavily to the left, but his economic positions are so laissez-faire that even most Republicans can’t match him.

Weld’s libertarian principles, which mix social liberalism and fiscal conservatism, is a risky combination, but one that just may work in his favor. With Libertarian candidates looking thin and likely shut out from debates like the last election, many Libertarians are going to be looking to increase their chances to get a candidate they can back. Weld, despite being more moderate as a Libertarian, is the perfect springboard for Libertarians to gain traction in the upcoming election.

Although Trump’s approval rating among Republicans is sky high right now, that’s nothing new. Parties have always been supportive of a president when he’s one of them, like Obama was with Democrats. With the primaries around the corner, Republicans will be looking for another person who can do their job in a more agreeable way.

Weld has the power over the next year to steer both moderate Republicans and those who feel queasy on Trump’s wild ride of a term, provided Weld can speak his mind. If the last four years are any indication, Trump is a loudmouth who will shut down anyone who doesn’t kiss his ass. If Weld can even so much as hold his own, it’ll send a message to those unsure of him that he is serious about winning the race.

Granted on how disjointed voters are feeling, Weld can seize an opportunity to be the sole challenger to one of the most divisive presidents in recent history. If Republicans can sacrifice their stances on certain social issues, then they stand behind a presidential candidate with common decency who can possibly allure socially liberal voters to his side.

Jack Gleckler is a freshman studying journalism at Ohio University. Please note that the views and opinions of the columnists do not reflect those ofThe Post. What do you think? Tell Jack by tweeting him at @thejackgleckler.