Colin Mayr
Evan Adams, (no. 21) of Athens High School, throws a stiff arm while completing a run against the Parkersburg South Patriots. Adams had a career night with four touchdowns and was untouchable as the Bulldogs pulled out a 26-16 victory over the Patriots.

After a winless three weeks to start the season, a 28-6 win over Alexander proved the Bulldogs are still among the better teams in the TVC-Ohio.

The Bulldogs’ (1-3, 1-0) next challenge will come against the Vinton County (2-2, 1-0) this Friday in McArthur. The Vikings lost their first two games, but have seen success with new head coach Travis Bethel after consecutive wins against Fairfield Union and Meigs.

970 WATH will have a radio broadcast for the game.

- Athens has won 11 consecutive games against Vinton County since entering the TVC-Ohio. This sequence includes back-to-back shut out victories in 2011 and 2012.

- The last time the Vikings won a TVC Championship was in 1999 where Bethel actually played for the Vikings. 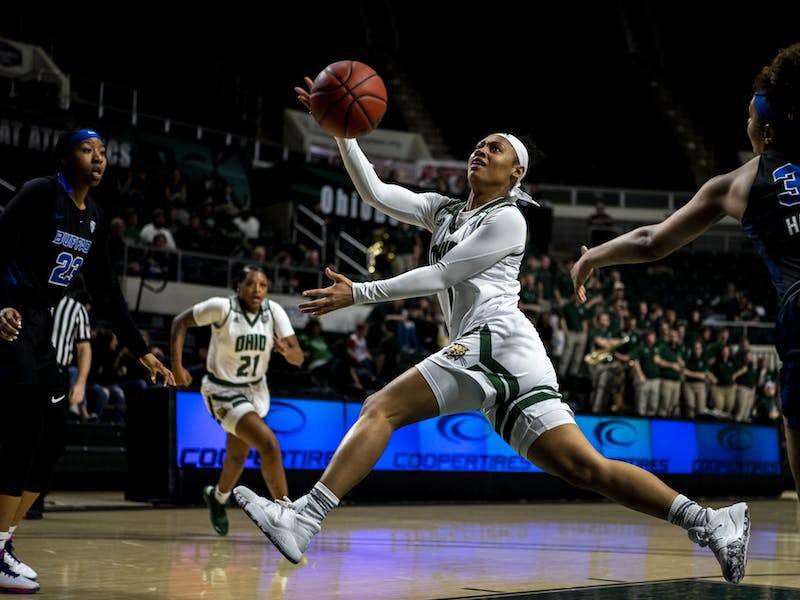