From the Editor's Desk: Learning opportunities for student journalists 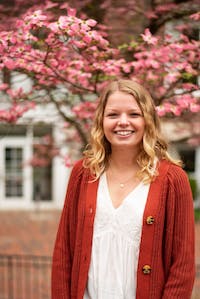 Over the past couple of days, there has been a lot of discourse on Twitter about The Daily Northwestern, a student newspaper at Northwestern University.

The executive editors of the newspaper released an editorial on Monday apologizing for the reporting that was done on a protest during an event where former Attorney General Jeff Sessions spoke. They apologized for reaching out to students through their school directory, naming students in the article and taking photos of students at the event.

That, however, is what reporters and photographers are there to do: reach out to sources, talk to people at the event and take photos of the event.

If they made a mistake in their coverage, I am sure the editors would make a correction. But they shouldn’t have to apologize for doing their jobs and covering the actual story.

The newspaper removed the names and photos of students who attended the protest and did not wish to have that be public knowledge.

If they are going to protest at a public space that includes a public figure, protesters need to know the possible consequences that come with their actions.

It can be published on public and private social media accounts, Snapchat or sent in text messages. If someone wants to find out who you are, it will not be difficult with today’s technology.

If you are not willing to risk having your photo taken or be posted about on social media at a protest, then do not attend the protest. If you are truly standing up for what you believe, then you should not be afraid to have your name public.

Following the apology, professional journalists and others took to Twitter to criticize the newspaper for apologizing and caused a lot of back and forth about if it was the right call. It’s easy to sit behind a computer and criticize someone’s work, but what lacked in the responses was support and guidance for those at The Daily Northwestern who were receiving the backlash.

Student journalists are allowed to make mistakes. It is what we are at school to do.

The Post has made mistakes in the past and will make more in the future. That does not mean we won’t continue to do our best to learn from them and to prevent them from happening.

We are supposed to make mistakes now and learn from them so they don’t happen in a professional career. Professional journalists probably have made similar or worse mistakes during their time in college. They didn’t, however, have the same platform of social media and ongoing news cycles that there are today.

Journalism is a job platform like no other. As journalism continues to move away from print, the 24/7 digital news cycle continues to grow. People want news as much as they can, as fast as they can get it.

Journalists are trained to work as fast as the can to gather facts and produce a story on deadline. Sometimes with speed, there can be mistakes. Journalists use the same speed to own up to the mistakes and correct them.

With the fast-paced news cycle, journalists are consistently in the eyes of the public, being praised or criticized for every single piece of work they publish.

It’s easy to criticize others. As journalists, we have to develop a thick skin to take our critics. If we let every critique of our work get to us, there would be no one in the journalism field.

Ellen Wagner is a senior studying journalism at Ohio University and the editor-in-chief of The Post. Have questions? Email Ellen at ew047615@ohio.edu or tweet her @ewagner19.