Uncle Sam: Militarization is terrible for the environment

“War! What is it good for? Absolutely nothing.” Edwin Starr’s 1970 hit “War (What Is It Good for?)” tells us all we need to know about war: that it isn’t good for anything. War’s detrimental effects on humanity are widely discussed. From injuries to psychological damage to the taking of lives, war is humanity’s absolute most self-destructive tendency.

We fail, however, to sufficiently address war’s effects on the earth. Indeed, wars are juggernauts at harming the environment. Ecowatch reports that the U.S. military is the world’s single most pollutive entity. Myriad examples support that notion: In 2014, Newsweek indicated that there were 39,000 environmentally contaminated military sites in the U.S. Newsweek also says that the U.S. military emits more pollution than 140 countries entirely.

Internationally, the U.S. often declares war on nature itself during conflicts. Take the case of Operation Ranch Hand in the Vietnam War, wherein the US sprayed over 20 million gallons of herbicides on the Vietnamese jungle to find and kill the enemy. Not only did this destroy valuable rainforest ecosystems, but it also created human health hazards. Indeed, many of the herbicides used in Vietnam contained dioxins, which are known carcinogens.

Instances of war hurting innocent people are not limited to Vietnam. In Nasiriyah, Iraq, where the U.S. had a military base and conducted bombings during the Iraq War, children were found to be exposed to greater levels of uranium and thorium. Both of those elements cause major health defects. Another, and perhaps the best-known, example of military pollution is that of the atomic bombings of Hiroshima and Nagasaki, Japan.

Clearly, demilitarization is absolutely necessary to attain the standards of sustainability we need. That, however, poses a challenge: “Americans admire the military as they do no other institution,” writes James Fallows. Gallup suggests that three out of four Americans have a great deal of confidence in the military. That means we have more confidence in the military than we do in public schools, medical systems, the presidency, the Supreme Court, Congress, big business, banks, the police, the criminal justice system, the media and even organized religion. In the era of the climate crisis, the U.S, will have to abandon its tradition of fervent militarism.

Luckily, there are alternatives. Negotiation and diplomacy should always be a first choice. We should equally be taking preventative measures. Indeed, diverting even a small portion of the military’s $700+ billion annual budget to efforts toward international hunger and poverty mitigation would go far. Often, improved social conditions improve stability and decrease the need for war in the first place.

Ultimately, the climate crisis will one day mandate massive changes to the size and function of our militaries. The question is whether we want to begin incrementally addressing that matter now or if we want to wait until the time to do so is already gone.

Sam Smith is a junior studying geography at Ohio University. Please note that the views and opinions of the columnists do not reflect those of The Post. Want to talk more about it? Let Sam know by tweeting him @sambobsmith_.

Football: How the pieces fell into place in Ohio's 52-10 win over Bowling Green 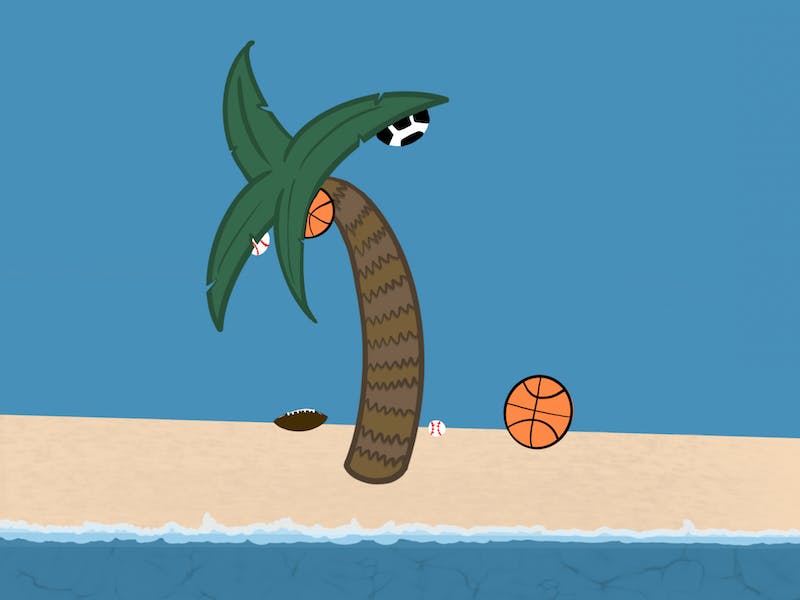 Life's a Beach: Golden Knights give back to Las Vegas community

Campbell’s Corner: Political arguments should not divide families during Thanksgiving