Worth a Reminder: COVID-19 could ignite change in medical malpractice systems

One of the greatest uncertainties spawned by the current pandemic comes in the form of medical malpractice litigation. Hospitals and medical clinics over the past four months have been ambushed with hundreds – in some cases, thousands – of patients a day, plagued with a virus that remains an enigma even to the most prestigious medical minds. The deadliness of the virus, combined with the lack of medical ammunition – such as ventilators and endotracheal tubes – and the sheer volume of patients has resulted in many deaths and permanent debilitations to patients. Despite all of these factors that logically would relieve hospitals and staff from liability in the case of a death, bereaved loved ones around the world are sure to still file medical malpractice claims in seeking compensation for a wrongful death. The way these claims are handled vary from country to country, and the systems in place could very well evolve and shift completely in light of the pandemic’s crushing blow.

A system showing cracks in its infrastructure

In many countries, a medical malpractice claim functions as a legal matter. Given normal circumstances, a patient seeking compensation entails a long process in which the alleged victim must unequivocally prove that negligent or malicious acts directly led to injury. It’s a system that harshly impugns patient claims and provides little incentive for doctors to incriminate themselves. The hefty cost of hiring a lawyer is enough to stop many patients with even the most compelling cases from pursuing compensation; it’s simply not worth taking the chance. Doctors pay thousands of dollars a year, directly out of their salary, in medical malpractice insurance that is built-in to accommodate a successful claim.

Those found guilty of malpractice, if they aren’t fired, jailed or outcast from medicine completely, suffer increases in insurance rates that become difficult to sustain over time. Every case of alleged medical malpractice results in a distinct winner and a distinct loser, and the ramifications on the loser often outweigh the winner’s reward.

The Philippines employs a system like this. On the surface, it’s inherently favorable for doctors until it isn’t, with the heavy burden of proof on patients but harsh punishments for those found guilty. However, the tides are turning in the wake of the pandemic, where a lack of legislation protecting medical professionals is being exposed. Several US states, by comparison, have enacted laws that absolve health care providers from civil liability during the pandemic, citing the lack of equipment to carry out satisfactory care. The Philippines has not rushed to the defense of its medical professionals in the same way, subjecting them to the full impact of medical malpractice litigation. Both routes, either to protect providers or leave them vulnerable, speak to the instability of a litigious medical malpractice system in general, where a severe global health crisis can deeply disrupt the many different factors hanging in the balance. In the cases of those US states, the stiffened safeguarding of health care workers may end up making the pursuit of legitimate malpractice claims even more difficult during a time of widespread financial turmoil.

A system striving for neutrality may begin to emerge

Other nations in recent years have reinvented their system of addressing medical malpractice claims, moving towards a process that promotes efficiency and fairness for victims while more readily forgiving doctors of the financial burdens of their errors. Denmark is a prime example of a country moving towards a more neutral system, where neither side inherently loses. Each claim is free, automatically alleviating any financial risk involved. Medical providers are not being sued by patients in Denmark’s compensation system, which makes them much more inclined to share details and cooperate with third-party caseworkers. The less adversarial approach speeds up the process as well, as legal matters and trials by jury tend to be slow and unwieldy. Compensation is awarded based on one of two criteria: if the treatment was inadequate next to the standards of a specialist’s care, or if a severe and rare medical event occurred (rare is considered to be less than two percent of all cases). Medical reviewers adjudicate the claim, which is a fully transparent procedure made available on an internet database for all patients.

For those in poverty, the online component may be the largest obstacle in implementing this system to the needs of everyone. Making the internet affordable and available to all people is something that will help bridge the gap between patients and their healthcare providers. That aside, a system that doesn’t require patients to procure several expensive elements before they reasonably have a chance at compensation is one that values sick and needy people the most. In the aftermath of COVID-19’s stronghold on the world’s economy and impoverished people of every nation, it will be interesting to see if more countries decide to follow a medical malpractice blueprint that benefits both patients and doctors.

Camden Gilreath is a rising senior studying journalism at Ohio University. Please note that the views and opinions of the columnists do not reflect those of The Post. Want to talk more about it? Let Camden know by tweeting him @camgilreath23.

Thinking In Print: Parents shouldn’t use their children for internet clout 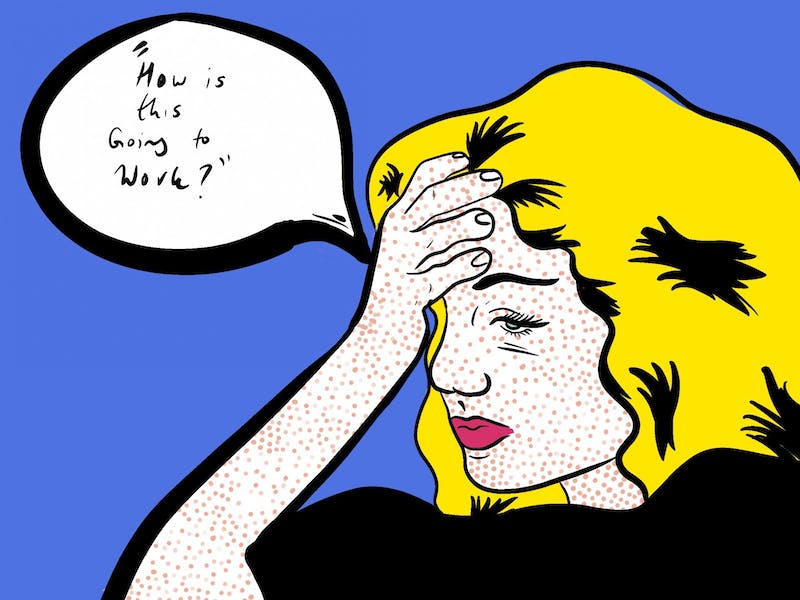