Hope you have your fantasy league picks in order, rose lovers. (Photo provided by @bacheloretteabc via Instagram).

TV Review: The message of ‘The Bachelorette’ has never been more outdated, irrelevant

Hope you have your fantasy league picks in order, rose lovers. It’s finally time for another “most dramatic season yet” of The Bachelorette with Clare Crawley in the driver's seat. Chris Harrison promised himself that it’s “worth the wait,” so let’s hope he’s right.

While the contestants are usually the ones accused of joining the show “for the wrong reasons,” it might be the lead this time around. Sure, Crawley deserves another shot at love. However, the message she is portraying in this season is anything but needed in 2020, especially during a pandemic.

From the looks of it, the 39-year-old has one goal: find a husband immediately. She seems so immersed within the idea of having a lifelong relationship that she is completely disregarding the first step of actually getting to know all the men.

After her appearances as Juan Pablo’s runner-up on the 18th season of The Bachelor, seasons 1 and 2 of Bachelor in Paradise and Bachelor Winter Games, the 39-year-old is back for a fifth shot at love. You’d think after five times, the Bachelorette would have some strategy for the journey. But no, this is a train wreck waiting to happen, as she is already claiming she found her husband straight out of the limo. It’s time for a highlight reel. Here are some things to take away from the season 16 premiere of The Bachelorette:

The message is outdated

First and foremost, the producers need to read a room. Since season one, the end goal for contestants has always been to end up with someone down on one knee. Everyone loves a happy ending, but that should not still be built upon the happiness coming from solely from marriage. We need an “independent woman who don’t need no man” ... but would maybe like one (as a treat).

Instead of adapting to push a better message relevant to the times, Clare Crawley leads her season with the intention of filling a gaping void in her life that can only be filled with an “I do” at the end. “Nothing is going to stop me from trying to find my husband,” she declares to Harrison. After five attempts, she might just pick anyone willing to fit the role.

Clearly, not even a global pandemic can stop this lady from getting a ring on that finger.

The men know how to make a first impression

The best part of opening night is always the limo entrances, as they only get more creative yet cringe-y with each passing season. It’s the most innocent moment of the season; contestants spill out of the limos with lust-filled eyes all before the chaotic drama soon ensues.

Some memorable first impressions included Jay sporting a straitjacket, Chasen coming in strong as a knight in shining armor, another Tyler C. rolling up in a station wagon, Eazy busting through a sign labeled “your future husband” and Bennett, who gave major “007 vibes,” in his James Bond get-up.

Above all in the entire episode, snaps for the casting and Eazy’s salmon-colored suit.

“I just met my husband”

Yep, she says this seconds after meeting Dale. There’s definitely something off about that. Her claim that she “just met her husband” was honestly confusing, as their conversation was just as bland as the others.

There’s been great speculation and rumors surrounding how things will unfold between the two and how the situation could possibly lead to her exit from the show.  After seeing the drama-filled promos, things clearly do not end well, and Dale just might be the cause of that.

While some entrances were cut to five seconds, the producers definitely made a point to shine a long special spotlight on Dale’s entrance into the mansion for a reason. For Crawley, she looks fully in love and infatuated with him at the first glance, saying, “Every other guy I felt confident with, but with Dale, everything else went dark around me … ” Chris looks just as puzzled as the rest of us — telling her this is the first time a moment happened like this on the show.

The much-teased moment might have given far too much away, as it’s easy to predict why Crawley’s season will soon be cut short. 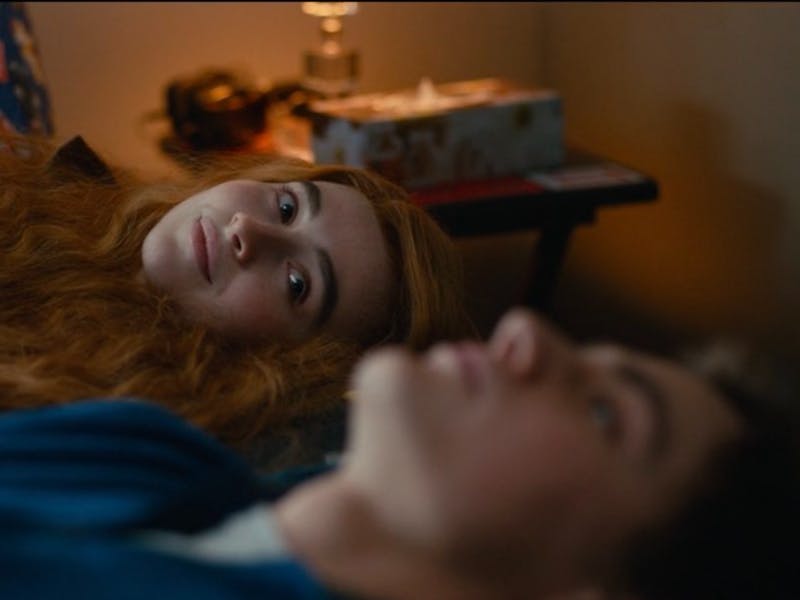