The Bottom Line: Daryl Grove represents the best of the sports journalism industry, and his death will be a great loss 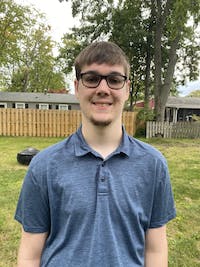 I would like to take some time to talk about one of my biggest inspirations and one of the biggest reasons I got into sports journalism, Daryl Grove.

Grove is a former soccer writer and the host of my favorite podcast, the Total Soccer Show, or TSS. When my dad and I became soccer fans following the 2010 World Cup, TSS was our first window into the world of soccer.

We listened to it together all the time and rarely missed an episode. Soccer is now both my favorite sport and the one I know the most about, and that is thanks to TSS and their fantastic analysis.

In January 2019, Grove was diagnosed with Stage IV colon cancer. He battled through it without losing the infectious optimism that made the show such a joy to listen to, though it was clear he was struggling. He eventually began a clinical trial that seemed to be working, but there was recently a setback.

His co-host, Taylor Rockwell, announced Sunday night that Grove’s condition had deteriorated, and there was nothing more his doctors could do. Barring a miracle, Grove will pass away sooner rather than later, and that lead me to think about why I loved the show so much.

It has now been 10 years since I started listening, and there are so many things that make the show great. First, Grove and Rockwell are two of the smartest and most insightful people I have ever heard talk about any topic, sports or otherwise.

They have always tried to be different from the usual sports-talk radio shows that just say things to get a reaction. The duo has always been committed to explaining why something happened, not just that it happened. I believe I have learned more about soccer from listening to them than I have learned about any other topic from any other people.

What really makes TSS great, however, is that Grove and Rockwell are clearly best friends, and they have a way with conversation that makes you think you are in the room with them. Their chemistry is ideal for a podcast and anyone that attempts to do one should strive to be as good as them.

In March 2015, my family was visiting some friends in Richmond, Virginia, where TSS is based, and my dad surprised me by taking me to meet Grove and Rockwell and have lunch with them. They were as genuine and funny as they seemed on the show and indulged a 14-year-old boy who just wanted to talk about FIFA.

Meeting them is what first made me want to pursue sports journalism. I have always loved sports and dreamed of being a professional athlete as many kids do. However, by that time, I had realized that was out of the question, so I ended up turning to the next best thing — writing about sports.

It was meeting those two men who represented everything I love about sports journalism that first planted the seeds for me to pursue the career I am still pursuing today.

The bottom line is that when Grove inevitably passes, he will be remembered by many as the perfect podcast host, who was able to combine thoughtful analysis, witty comments and more puns than you could count. He was the best of us, and he will be dearly missed.