Zodiac signs of the 2020 presidential candidates and what they reveal

Astrology next to politics looks like an oxymoron at first glance. Although they don’t necessarily go hand-in-hand, it’s important to humble the 2020 presidential candidates into their own respective zodiac signs. In doing so, it’s easy to analyze and debunk the means behind all the campaign madness. There’s a reason as to why Donald Trump is constantly involved in drama and why Joe Biden is so well-versed in his sneak attack methods. So maybe the answer is written in the stars. Here’s a closer look at the 2020 presidential candidates from an astrological perspective:

Donald Trump is an astrological wildcard. His temper resembles that of a Taurus, the act first, think later attitude of an Aries and the narcissistic ego of a Leo. What do you get when you mix them all together? A Gemini.

Geminis are people persons; they know how to work a room and everyone involved. However, this is the side they choose to show to the world, and is only half of their dual-personality. The other side is dark and chalk-full of manipulation. Gems are quick to get off on drama and gossip, and only remain loyal to a few certain individuals. This air sign is systematic and knows how to play the game, and will stop at absolutely nothing to be on top.

It only makes sense the President of the United States comes with a Gemini identity, as drama and the latest scandals are constantly following his every move. He’s a man of conflict and contradiction -- making him the perfect example of the Gemini complex.

Everyone knows that politicians can certainly be shady at times. After all, they have mastered the art of answering questions and withholding important information at the same time. Joe Biden is no exception but, unlike the other candidates, can credit that behavior to his Scorpio zodiac sign.

Notoriously, scorpios ooze with sex appeal and seductive behaviors. If you’ve ever seen young pictures of Biden, you know what I’m talking about. Oops, that was weird.

Anywho, the sign of Scorpio is one of mystery, secrets and master manipulation. They pride themselves in trusting absolutely no one and only few people have the honor of getting close to these intricate minds. Politically speaking, Biden’s zodiac sign symbolizes the scorpion -- revealing he’s all about the sneak attack and waits for the perfect time to strike. He knows when to lay low and when to emerge, as every move is systematic and calculated when it comes to water signs.

You won’t ever catch a Taurus without some form of plan or direction. Libertarian candidate Jo Jorgensen stays true to her Taurus nature -- campaigning with alternative plans and changes that she believes will benefit the future of America for younger generations.

She embodies all the classic Earth sign traits: practical, ambitious, headstrong and determined. Taureans are known to love the comforts of life and lean toward a more conservative way of thought. However, Jorgensen’s views are anything but. The Clemson psychology professor wants to replace coal-burning and oil-burning power plants with safe, non-polluting alternatives, remove marijuana from the federal list of controlled substances and essentially cut the government in half.

Jorgensen captures that gentle, yet fierce energy that all Taurus’ adhere to. She’s able to stay strong and forward in her opinions, while also allowing her personality shine through with light-hearted humor at times.

If the sign Sagittarius could be perfectly embodied in human form, it would be Howie Hawkins. The Green Party’s 2020 nominee certainly fits the mold with his optimistic, progressive and eccentric demeanor. Sagittarians come with the personality that you only meet so many times within a lifetime. They’re completely attached, yet utterly detached from everything at the same time and have no problem separating themselves from the status quo. The fire sign is definitive in their independent ways and constantly marching to the beat of their own drum.

Unlike other 2020 candidates, Hawkins’ independent, Sagittarius nature is apparent in his ability to admit he’s not running to win. His motive and mission is not to land a spot in office, but to gain the Green Party better ballot access for local races in the future. Hawkins explains his rationale stating, “We’re building a movement. We’re trying to get in ballot lines so we can elect thousands of Greens going into the 2020s.”

If anyone were to run for president without the means of winning, it’d be a Sag.

Zodiac signs are forever, but your ability to vote in 2020 isn’t. So get to it! 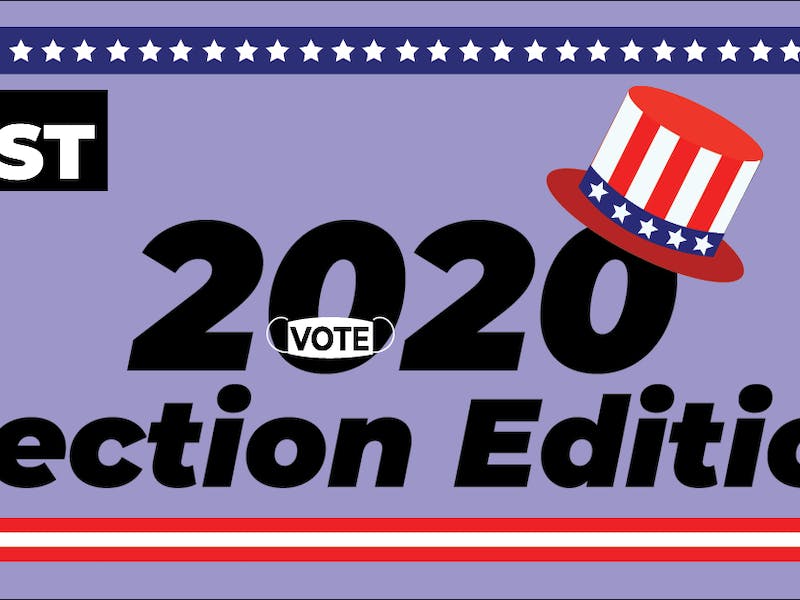