On June 8, 2004, Dallas and Dominic Ostronic, identical twins of Laurie and PJ Ostronic, were born. About nine months before their birth, PJ was on the floor, having fainted in after receiving the news Laurie was pregnant with twins.

PJ and Laurie were completely shocked because previously, they had a miscarriage.

“We were freaked out but in a good way,” Laurie said.

Despite the identical genetics, their behavioral differences were clear from the beginning. Dominic was the calmer, observant baby, whereas Dallas would often speak for both of them and fight sleep.

For nearly a year, Dallas's nails were painted to distinguish between the two identical babies.  As they aged, nail polish was no longer needed. Skin marks and unique traits surfaced.

“It gets on my nerves when people say we look like each other, because we don’t,” Dominic said.

To strangers, they can still be easily mistaken for one another, but to people familiar, their personalities, interests and mannerisms differ.

“If you are looking at them and can’t tell the difference, once they open their mouth you know exactly which one it is,” Laurie said.

They are referred to as “the boys.” Chores, accusations and skills are assigned to them as a whole. Growing up, they participated in baseball and basketball together. Early parenthood memories include Dallas pitching to Dominic in baseball games, Dominic setting a screen for Dallas in basketball, fighting over the single found belt for school, and Dominic asking, “Where are the Dominic cowboys?” when the family watched Dallas Cowboys football games. Dallas is a dedicated Cowboys fan, but Dominic has since moved on to The New York Giants. They follow the same sports, but are sure to root for different teams.

“I have been looking for differences to celebrate, but where are they?” Laurie asked.

Laurie has been surprised at how little their interests have grown apart. Once in high school, their interests started to diverge. Dallas quit baseball to focus on golf. Dominic participated in one year of cross country and continues baseball. Together, they play basketball and weight train. Their personalities are where their differences shine through.

“The things they like are very similar, but their face-to-face interaction is very different,“ Laurie said.

Dallas is described as conservative, stubborn and responsive while Dominic is compassionate, driven and amusing.

“[Dominic and Dallas] are like puppies, they are on top of each other, but fighting,“ Laurie said.

Dallas says he does get punched a lot more than the average sibling because of Dominic’s short temper. He chooses to never punch back, claiming he is merciful. In elementary school, every morning there was a fight over who got to wear the found belt. Dominic, determined, began to wake up early so that he could take it. Despite the ongoing tension, both feel neutral about being a twin.

COVID-19 has decreased their individual freedoms and development apart, but having a twin has proven helpful during a pandemic. They are able to work together during their full day of online school. Laurie says that they provide each other with “loopholes to keep their sanity.” Their recent cooperation is surprising and a sign of maturity.

Identical twins are the epitome of familiarity breeding contempt. Dominic and Dallas may occupy a large part of each other’s lives, but they do not expect to miss each other when their lives separate in the future.

Leslie Ostronic is a sophomore studying photojournalism at Ohio University. Please note that the views and opinions of the columnists do not reflect those of The Post. Want to talk to Leslie? Email her at lo970518@ohio.edu. 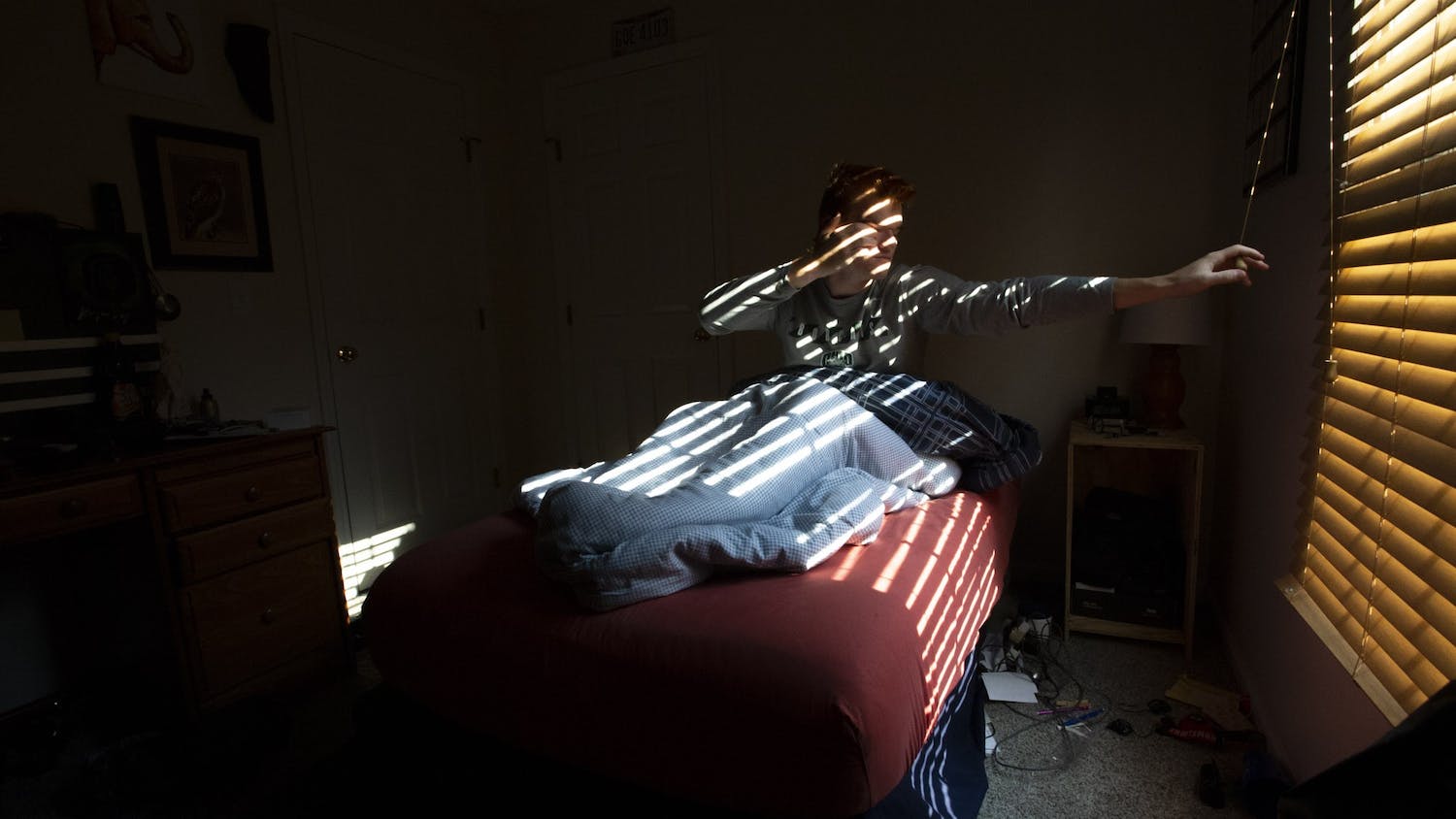 Staying Home: Mental Health is a serious rollercoaster during quarantine