“The Mandalorian” is an example of the Western genre on screen. Western doesn’t denote a geographic position, rather a socio-political one, found in Japan and the United States popular culture. Through film, industries have created the essence of the Western through samurais and cowboys.

“The Mandalorian” is a television show based on the lore of “Star Wars.” Taking place around the aftermath of Return of the Jedi, the Empire has fallen, leaving enclaves of Stormtroopers across the galaxy. One of these enclaves enlists the bounty hunter known as The Mandalorian to find the Child. From there, an adventure ensues.

“The Mandalorian” draws from several sources of fiction to create the lawless atmosphere of a post-galactic Empire. The story takes place in the Outer Rim, a lawless region far from the galaxies’ core government.

“The Mandalorian” draws from heroes of lawless fiction like Ogami Ittō of “Lone Wolf and Cub” and the Man with No Name from “Good, Bad, and the Ugly.” Employing the lone wolf nature of these anti-heroes, the Mandalorian is a quiet hero with a moral code that reveals itself through his interactions. Traveling the reaches of the galaxy, he dispenses a justice that is defined by money and personal goals.

While the introduction of the Child adds a second element to the narrative. The Child inhabits an area absent from most Western fiction, being the pupil. In “Lone Wolf and Cub” Ogami Ittō’s son Daigorō is the prototypical character of this archetype, following his father in his quest for revenge.

The inclusion of a child forefronts the morality and the role of a father figure. Forcing the Mandalorian to occupy two roles within the narrative: the law and teacher. Law takes the form of justice as saving a town from bandits or a massive Krayt dragon.

What lessons the Mandalorian imparts and what rules he follows will shape and inspire the Child. This is how fatherhood ties into the narrative, with the Mandalorian protecting the Child and imparting lessons on to him.

This comes to the core of the Western and the “Star Wars” franchise, and that is the future. The future is defined by the present moment and action, so to strive for peace, creates peace in the future. This is the logic behind Ogami Ittō’s quest for revenge, the Man with no name’s motive for justice and the Mandalorian’s drive to protect the Child. The actions of the present define the future.

However, tied to this quest for peace is the banishment of the hero. Westerns are categorized by the wandering hero, and the Mandalorian is no exception. The choice to uphold his moral judgment and to have faith in law forces him into the position of a man without a nation, like the Rōnin of feudal Japan. Rōnins, being the role of several samurai films like “Yojimbo” and “Seven Samurai,” where Rōnins roam the countryside instilling justice. This sense of wandering warrior is captured in the closing moments of “The Searchers.”

In the closing moments of the film, John Wayne drifts on the doorstep of the home—civilization—before returning to the open country. Remaining the Western hero, forever outside society.

“The Mandalorian” captures this particular narrative, as the hero must keep the law in the lawless world, at the cost of his ostracism. Choosing the child over the league of bounty hunters, “The Mandalorian” marks a new chapter in the long tradition of the Western genre. 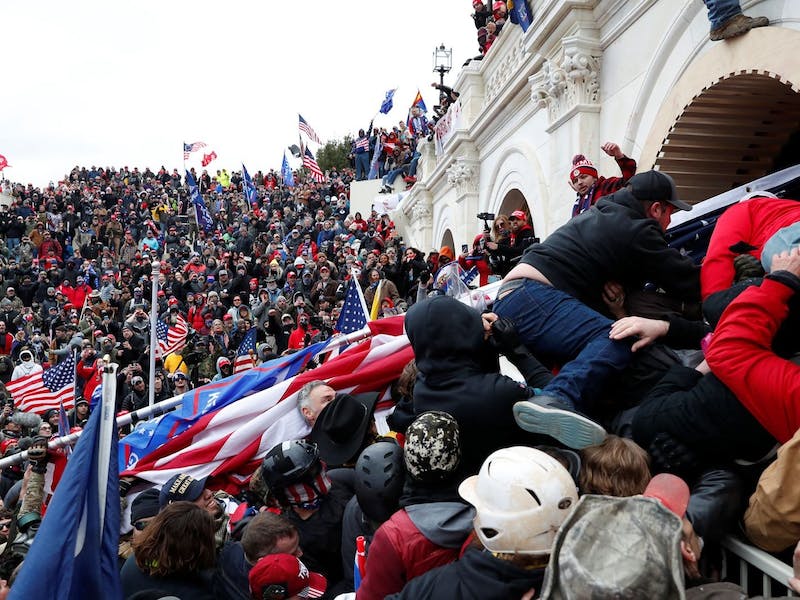