Ohio’s season is potentially over.

The Mid-American Conference announced Tuesday that Ohio’s season finale road trip to Kent State was canceled. Without an opponent, Ohio’s chances of making the MAC Championship game are over. And unless the Bobcats can secure a bowl game invite, their season ends at 2-1.

Kent State was the third game Ohio’s had canceled this season. After missing the opportunity to play Miami in the Battle of the Bricks, Ohio used an 18-day layoff to sharpen its team. After trouncing Bowling Green 52-10, it looked like the Bobcats were ready to contend in the MAC East.

Ultimately, COVID-19 issues arose again. Last week, Ohio’s showdown with undefeated Buffalo was canceled as the Bulls were making their way to Athens. At that point, Ohio was looking forward to Kent State as a chance to finish the season.

Kent State also had to cancel its week five matchup with Miami because of COVID-19 concerns with its program. A women’s basketball game between Ohio and Kent State was postponed for unspecified reasons.

If Ohio’s season is over, then it’s been a doozy. The Bobcats started the year with an offense torn between two quarterbacks and a defense looking for some young talent to step up.

After a tough week two win over Akron, Ohio looked a few notches below the top of conference, and 18 days later, the Bobcats would close the gap.

After destroying the Falcons, Ohio looked to have the best shot at stopping Buffalo. If they pulled off that upset, all the Bobcats needed was a win over Kent State to return to the MAC Championship for the first time since 2016.

Ohio’s miracle run to Detroit never happened. In fact, it never even got a chance to happen.

Seniors like Cam Odom, Jared Dorsa and Austin Conrad now have the difficult decision on if they want to move on or use their extra year of eligibility gifted to all athletes by the NCAA. 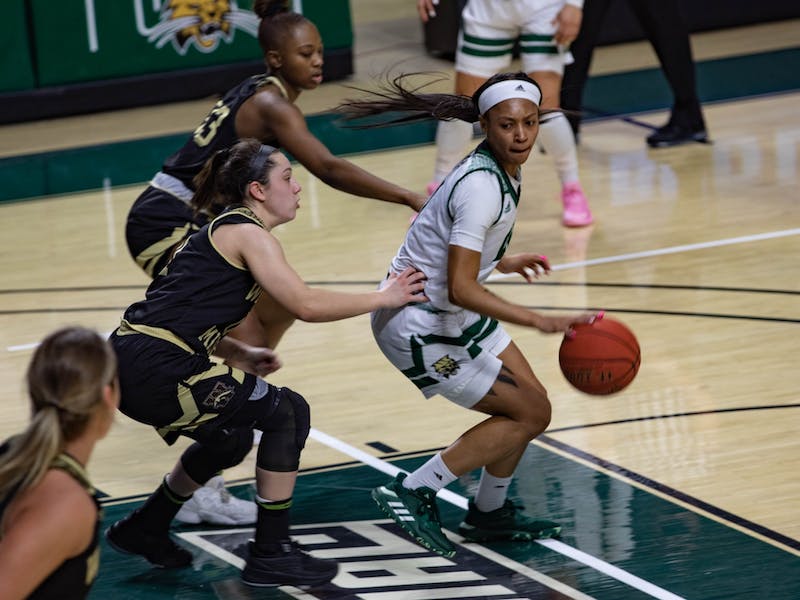