Keeping up with New Year's resolutions is hard, and failing at them is downright disheartening. People often fail at them more than they succeed, to the point where success is usually shown in an overly enthusiastic social media post. If you want that social media post, here are nine ways to keep your New Year’s resolution:

Don’t bite off more than you can chew

If getting fit is your goal, a resolution to lose 50 lbs, gain a six-pack or look like a 21st century Adonis is not a good idea. You’ll lose your motivation in about a week. Instead, keep your resolution simple.

If you want to get fit, start simple and aim to jog for 30 minutes as your resolution. If you want to stop eating out so much, plan ahead and decide to cook at least five times a week. By making your resolution a small part of an actual goal, it will be less daunting and you’ll make steady progress.

Roman Emperor Marcus Aurelius, in his book Meditations, wrote about the positive effects of journaling and how he used it to steel his mind in the face of great adversity and reflect on his actions. Thus, making himself a better man. If it helped a head of state become one of the most revered leaders in history, it can help you reach your resolution.

For some people, just scribbling down their erratic thoughts can help them reach a state of tranquility and concentration. However, others need a more dedicated approach.

To start, write down how your resolution affects you mentally and how it improves yourself. By keeping this in mind, it will motivate you to continue down your path. Even if you fail at your goal for the day, though it might be uncomfortable, write about that, too.

Reflect on your day and what caused you not to achieve your goal and think of ways to avoid distractions in the future. Also, set goals for the next day and plan it out each night, that way in the morning you’ll have a point of focus.

Similar to journaling, meditation is a good way to calm down and see things clearly. It’s surprising how reflecting on your life and actually thinking about your goal helps you accomplish it. If you want to meditate, the best action is to take a class (currently there are many that have moved online). If you can’t take a class, read about meditation practices online, preferably from a quality publication such as Lion’s Roar or Tricycle.

A physical calendar posted someplace you spend a lot of time in is a good way to stay focused. The act of sitting and planning out when you are working toward your resolution is half the process of actually achieving it. It takes the process of motivating yourself out of the way and turns it into a routine.

Putting a reminder on your phone is a more aggressive method of achieving the same thing. It’s not as good as a calendar, as the idea of a notification is to remind yourself when you forget rather than planning a specific time in which to work toward your goal. It works best in combination with a calendar.

Do it with a friend

Humans are social creatures. So, making your goal a social activity you can do with a good friend will make it easier to accomplish. Being with another person will motivate both of you to do your best. The main reason doing something with a friend works well is that you're checking off more needs than just your current goal, such as the need to socialize and converse. The bigger the group the better, because with larger groups, it turns into more of a team-building exercise.

Tie it to something you already enjoy

Killing two birds with one stone gives more value to an activity, especially if one of the birds is an easy target. If you enjoy cooking and want to get healthier, look up new healthy recipes that you like and try cooking them. If you want to read more and enjoy watching the news, try reading a newspaper or buy/rent that book you’ve always wanted to read. Compromise is the essence of being a human being. So, compromise on something your adverse to doing by tying it to something you enjoy doing.

Dump some money into it

This is something that doesn't work for everybody and you’ll know if it doesn't for you. But for a lot of people, investing in a goal makes them want to do it to get their money's worth. The more expensive, the more true this is.

Buying an expensive guitar makes you want to play it more because otherwise, it’s a waste of money. It's the same case with gym memberships, a college education, etc. Again, you’ll know if this works for you. For some people, spending too much money comes as easy as breathing.

Turn yourself into Pavlov’s dog

Essentially, develop a reward/punishment system for yourself to give you motivation. If you do something uncomfortable, reward yourself after. The ideal reward is something you're unhealthily addicted to, unless your goal is to lose said addiction, in which case, skip this method.

Once you achieve your goal, eat the chocolate or play that one video game for an hour. This way, your addiction encourages positive behavior. This system isn’t perfect, as it does require a monogram of self-control. But, if you get in the groove of it, this method is effective. Even if you don’t accomplish your goal, you're depriving yourself of an unhealthy habit.

Take away your distractions (A play on decision fatigue)

“Decision fatigue” is the idea that over time, actively making decisions or denying yourself of things wears on a person until their ability to inhibit themselves is gone. For example, cheap items such as candy bars and soda are placed at the check out of a store because, by this point, the shopper is too tired of inhibiting themselves to refuse to buy these items.

This is the same case with addictive habits, hobbies and food. A person can get tired of denying themselves of these things and they either get tired or give in. This is called “inhibition fatigue.”

The best option is to make it so that there is no decision to begin with. Online, you can buy timed safes and items of similar ilk to lock away items for a period of time. If you play videogames too much, lock the controller in a timed safe or give it to someone to take it away from you for a certain amount of time. If you spend too much time browsing the internet, there are applications to block certain sites for a set amount of time. By doing this, inhibition fatigue isn’t a problem as there is no need for you to actively deny yourself. This frees up time to pursue your resolution. 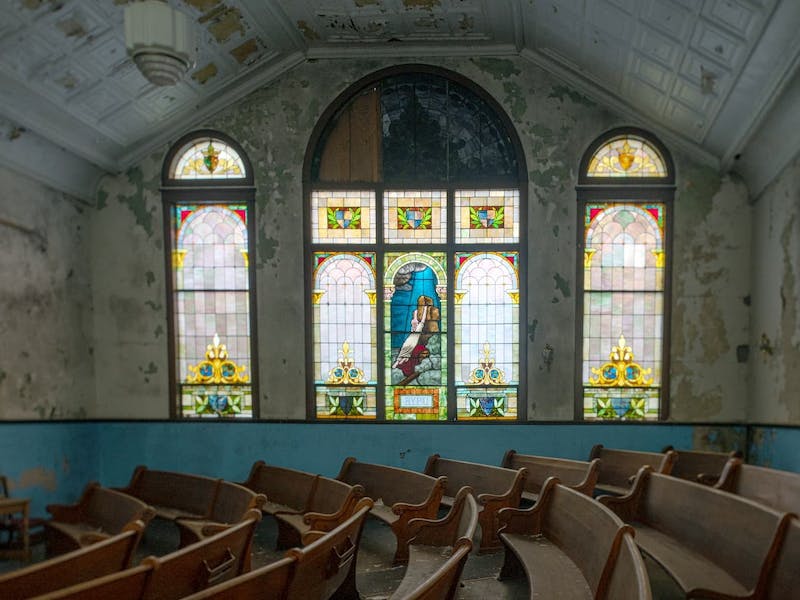