Things were going Ohio’s way for the first two periods.

Timmy Thurnau and Andrew Sacca both scored goals to beat out Adrian’s lone score to give the Bobcats a one-goal lead going into the third period. It was the same lead that Ohio beat Adrian with for its first win just a week prior. The odds seemed to be falling in the Bobcats’ favor yet again.

That lead quickly seemed like a distant memory for Ohio after Adrian scored four unanswered goals in the final period to win 5-2. On paper, the loss looks like a blowout. However, the last 20 minutes will still be what the Bobcats (1-6) remember the most from their 5-2 loss to Adrian (9-1) Friday night at Bird Arena.

For the first two periods, Ohio had almost complete control.

“I think for the first 40 minutes, we played really well,“ Ohio coach Cole Bell said. “We played exactly how we wanted to. I thought we controlled most of the game up until that point.”

The third period saw the complete opposite. Nothing seemed to go the Bobcats’ way, whereas the Bulldogs seemed to be able to pull off everything they needed to. Adrian put itself in good situations by not allowing Ohio to move the puck to its side of the ice, taking advantage of penalties and power plays and not letting the puck anywhere near the net whenever the Bobcats took shot attempts.

After Adrian took a 3-2 lead with 16 minutes left, Ohio began to lose its cool.

“I think from there we got a little scrambly,“ Bell said. “We weren’t as calm or poised or as confident with the puck on our stick as we were in the first 40 minutes. I think that was the difference.”

The downfall can’t be attributed to only one part of the team. The offense didn’t score a single goal in the third period. The defense allowed four goals in the last 20 minutes, something uncharacteristic for them this season.

While the overall game was different, it’s easy to compare the third period of Friday’s game to the second period of Ohio’s first 8-4 loss to Adrian on the road. In both of the periods, the Bobcats’ defense looked unlike itself, giving up four goals after everything prior looked to be evenly matched and within reach for Ohio.

The separation between the two is that Ohio had a lead for most of the game on Friday, which only made Adrian’s comeback sting more. Bell sees the downfall beginning with some luck on the Bulldogs’ side.

“The first loss when we went up there, that was just one we didn’t have our A-game,“ Bell said. “Tonight I think we were on top of the game. (Adrian) got a couple lucky breaks, and ultimately it cost us.”

By Anastasia Carter | May 20
Tweets by ThePost
More 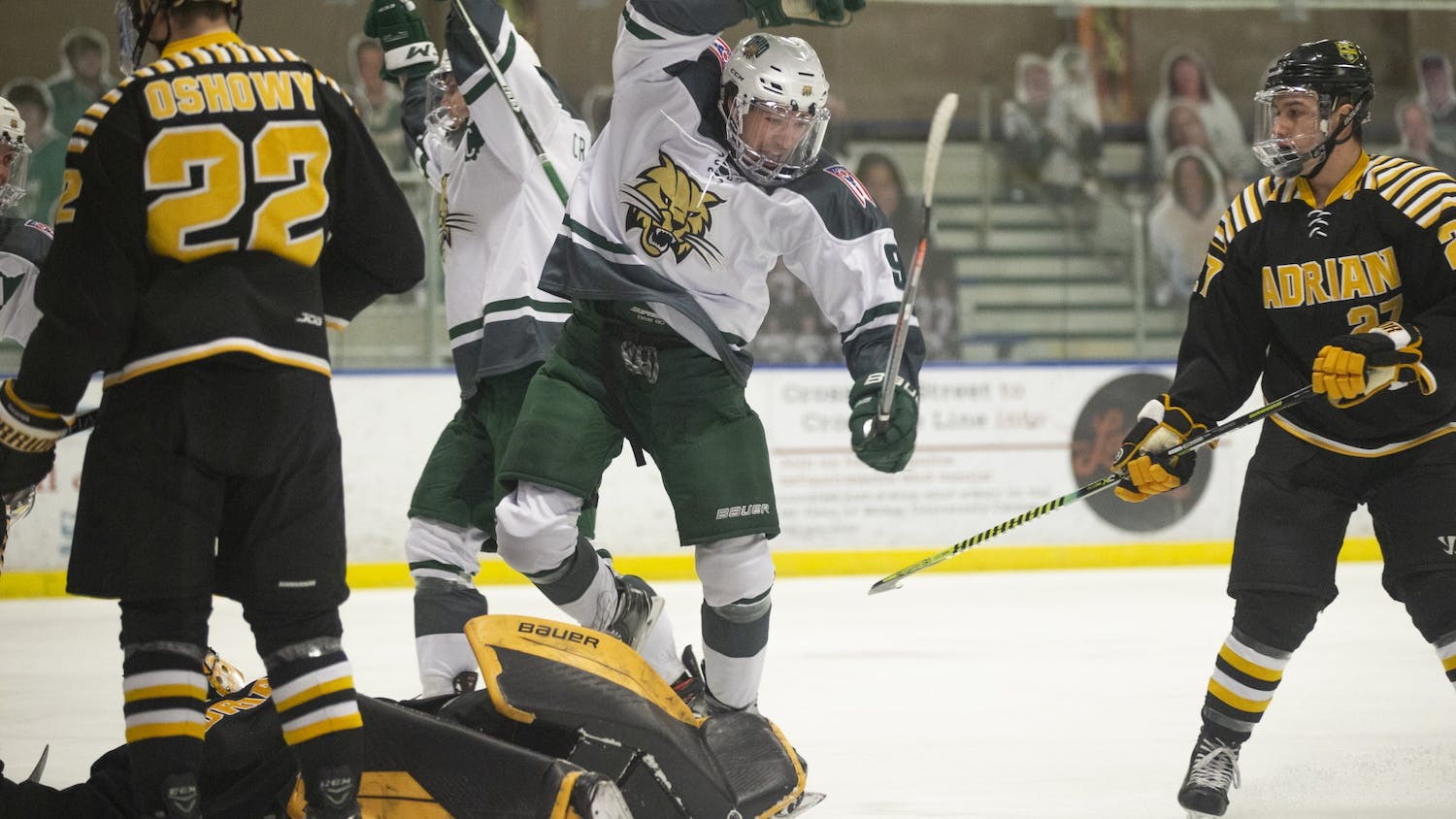