For some people, Valentine’s Day can be an exciting time with their significant other. They’ll have a romantic day, go to dinner and buy each other gifts. But, for those who don’t have someone to celebrate their love with, Valentine’s Day can feel miserable and lonely. So, if you’re spending this holiday alone on the couch instead of with the people you love, you can always watch a movie as your form of celebration this year. Here’s a list of the V-Day movies you can find on streaming services:

Perhaps the most obvious choice, this 2010 rom-com tells the stories of multiple people living in Los Angeles on Valentine’s Day. They all have different emotions and experiences, some great — and others not so much. From a girl planning on losing her virginity to her boyfriend on Valentine’s Day to a teacher in love with a married surgeon, all of their stories are connected. With a star-studded cast ranging from Taylor Swift to Kathy Bates to Jessica Alba to Ashton Kutcher and more, this movie is sure to put a smile on your face.

Although this isn’t a typical watch for Valentine’s Day, it’s still a good one if you’re in the mood for a horror movie. After a deadly accident occurs in a coal mine and puts the only survivor, Harry Warden, in a coma, he wakes up exactly one year later on Valentine’s Day. Shortly after, he goes on a murder spree with only a pickaxe.

Ten years later, someone is wearing a miner’s mask and killing people again with a pickaxe in the same pattern as the decade prior. Is this a copycat, or is Harry Warden back from the dead?

Joel Barish (Jim Carrey) is devastated after finding out his ex-girlfriend, Clementine (Kate Winslet), underwent a procedure to erase him from her memory. Unsure of what to do, he decides it’s best to get the same procedure done and forget about her. While his memories of her are beginning to fade, Joel realizes he doesn’t want to forget all of the good memories they had together, but it might be too late to go back. This movie is definitely on the sadder side, so don’t be ashamed to grab a box of tissues.

Amazon Prime: How to Lose a Guy in 10 Days

Andie Anderson (Kate Hudson) is a writer for a women’s magazine, specifically for the “how-to” column. After her best friend gets broken up with again, she’s inspired to go on a mission for her new piece. She’s going to start dating a guy and drive him away in 10 days. Ben Barry (Matthew McConaughey), an advertising executive, is supposed to lead an advertising campaign for a jewelry company. His boss doesn’t think he’s qualified to do so because he doesn't have a lot of experience with romance. Barry bets his boss he will make a girl fall in love with him in 10 days, and if he does, he can lead the campaign. This movie is a must-watch if you’re a firm believer that opposites attract.

Disney+: 10 Things I Hate About You

On his first day at a new school, Cameron James (Joseph Gordon-Levitt) meets a girl named Bianca (Larisa Oleynik) and instantly falls in love with her. However, he discovers her father has strict rules about dating and will only allow Bianca to date when her older moody sister, Kat (Julia Stiles), does. Cameron attempts to get bad boy Patrick (Heath Ledger), who’s only known for his awful reputation, to date Kat so he can date Bianca. Fun fact: This classic rom-com is a modern-day adaptation of William Shakespeare’s The Taming of the Shrew.

Disney+: The Fault in Our Stars

Hazel Grace Lancaster (Shailene Woodley) is a teenage girl with thyroid cancer that has begun to spread to her lungs. Her mother worries she’s depressed because of it and wants her to attend a cancer support group. At the group meeting, Hazel meets Augustus Waters (Ansel Elgort), a teenage boy with bone cancer. They bond easily and have similar interests and hobbies. With no surprise, they fall for each other quickly. This tragic love story took over the internet in 2014 and still never fails to make us cry.

In this classic John Hughes movie, Samantha Baker (Molly Ringwald) is super excited for her 16th birthday and wants it to be perfect, but her family is completely focused on her sister’s wedding the next day, and everyone ends up forgetting her birthday. As her day gets worse and worse, she tries to focus on the boy she likes, Jake (Michael Schoeffling). She thinks he’s out of her league since Jake is older and more popular, but he’s noticed the way Sam looks at him and is starting to become curious about her.

Tom (Joseph Gordon-Levitt), a greeting card writer, has always believed true love existed, and he’d find his soulmate someday. Summer (Zooey Deschanel), his boss’ new assistant, has felt the complete opposite her whole life. They meet, and after discovering they have similar taste in music, Tom starts to fall for her. Throughout the movie, he reflects on their 500 days together and, with all the ups and downs, it’s hard for him to tell where exactly it went wrong. This is a realistic and eye-opening watch with a really good soundtrack, too.

Netflix: To All the Boys I’ve Loved Before

Lara Jean Covey (Lana Condor) writes love letters to her biggest crushes to explain how strong her feelings are for them, but she never sends them, instead keeping hidden in her closet. One day, Peter (Noah Centineo), one of her crushes, comes up to her and says he received her letter and doesn’t feel the same way. All of the letters are now missing: someone sent them out, and it was not Lara Jean. They decide to fake date each other so she can avoid confronting her other crushes, and Peter wants to make his ex-girlfriend jealous.

Two strangers meet and are fed up with the judgment they receive on holidays for not having a date. Neither of them are interested in a relationship, but they no longer want to receive the judgment from their families and friends for not being in one. They agree to be each other’s holidates, a plus-one exclusively for holidays and to stay platonic. Although Valentine’s Day isn’t the primary focus of this movie, it’s still a great rom-com to watch just in time for the holiday.

From the Editor’s Desk: For OU, ‘The Post’ staff, Halloween reigns supreme 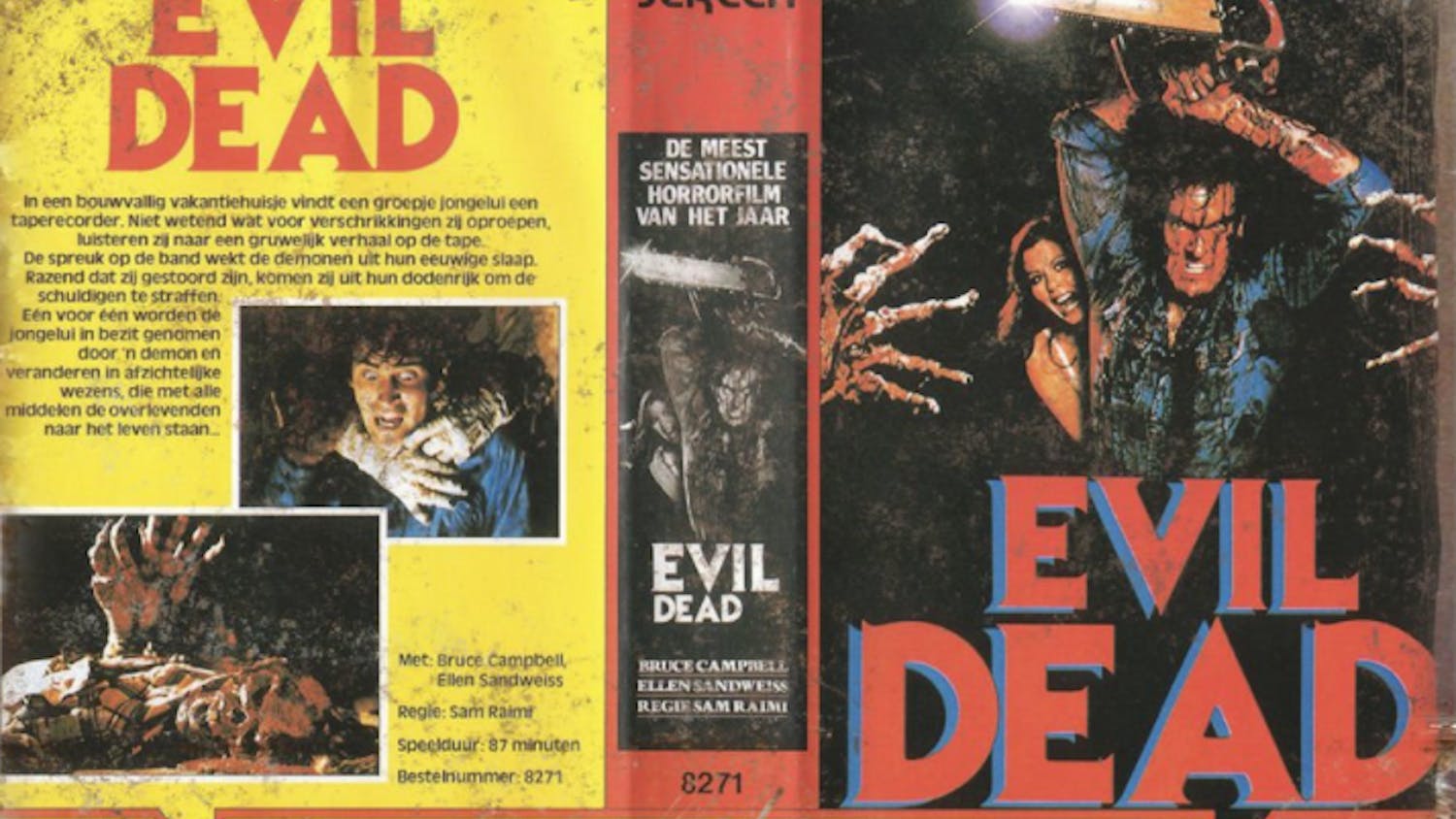 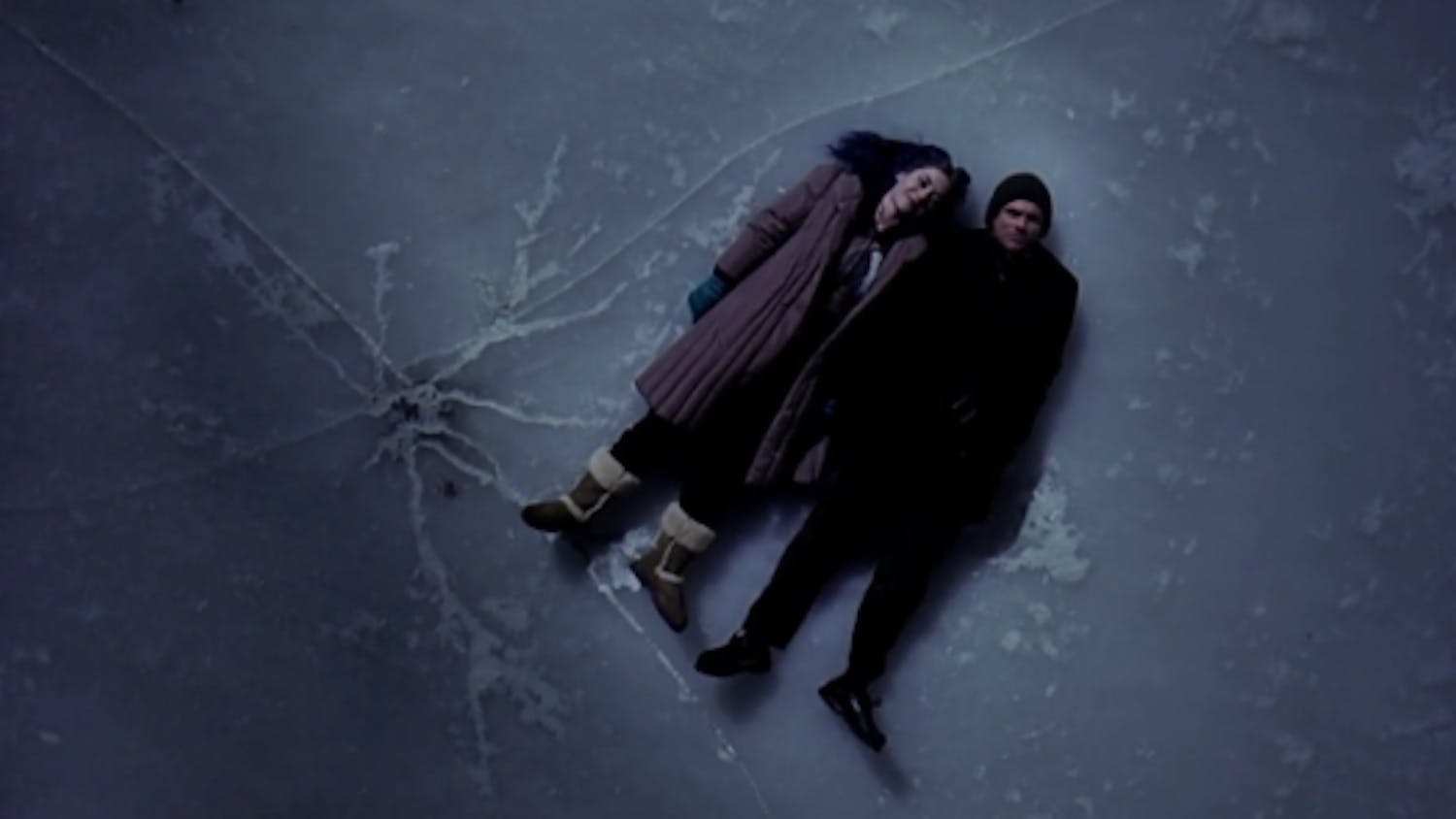