Baseball: Ohio drops its first series of the year

Ohio began its season this weekend in Spartanburg, South Carolina, to take on South Carolina Upstate. The Bobcats knocked off the rust in a three-game series but went 1-2 on the weekend.

Here's how the Bobcats did against the Spartans:

On Opening Day, Ohio and South Carolina Upstate traded blows the entire afternoon. South Carolina Upstate wasted no time getting on the board in the bottom of the first. It scored first on a two-RBI triple by Noah Sullivan. But, the runs stopped there. Edward Kutt IV stranded the runner on third when the batter struck out swinging, and the next batter grounded out to the shortstop.

After a quiet second inning, the Bobcats opened the third with back-to-back doubles by Isaiah Peterson and Alex Finney to score. However, Ohio lost the lead on two errors in the bottom of the inning. South Carolina Upstate preceded to regain — and extend — its lead 4-1 after the mistakes.

Ohio wasn't discouraged though. The bottom of the order ignited a three-run inning that tied the game in the top of the fourth.

Defensive miscues forced Kutt IV out of the game in the bottom of the sixth, as the Spartans reclaimed the lead on a wild pitch. But, the Bobcat bats were not ready to settle that inning. AJ Rausch hit an RBI single to score Colin Kasperbauer and advance Michael Richardson to third. Rausch later advanced on a throw home and Richardson scored in the next at bat on a wild pitch.

The back-and-forth nature of the game continued in the next half inning when an error by the Ohio shortstop allowed the Spartans to score and tie the game through the ninth inning.

The first two outs of the top of the ninth had Ohio's chances of winning looking bleak, but two walks in a row filled the Bobcat dugout with optimism. Peterson sparked a rally on a single that later scored Rausch after the runners advanced on an error. Finney then hit a two-RBI single to secure a 9-6 victory.

Jack Liberatore got the call for Ohio in the second game of the series. Saturday was Liberatore's first start since 2020 as he missed last season.

The Spartans jumped on Liberatore for six runs and ten hits through the first three innings. Liberatore left the game after facing 19 batters in his three innings of work.

After being shut out through the first five innings of the game, Ohio got on the board after an RBI double by Kasperbauer to score Mason Minzey. Ohio later chipped away at the lead again in the top of the eighth after Spencer Harbert hit a pinch hit home run, the first of the season for Ohio.

The pitching did all it could Saturday. Chace Harris gave up two runs in relief of Liberatore, and struck out two in three innings. Freshmen Hudson Boncal and Brady Linkel made their Bobcat debuts and allowed one hit in two scoreless innings combined. Linkel struck out three in his one inning of work.

Jacob Tate got the nod for the Bobcats in the rubber match of the series. Tate kept things scoreless through two innings, but the Spartans ended his scoreless run in the third. Sullivan hit a two-RBI single to put South Carolina Upstate on the board first.

Ohio responded in the top of the fourth on a sacrifice fly by Cael Baker. The Bobcats were threatening, but a double play ended the chances of them slimming the Spartans' lead.

The Bobcats gave up several big innings this weekend, and the trend continued on Sunday. The Spartans expanded their lead in the bottom of the fifth after scoring seven runs. Ohio could have gotten out of the inning earlier, but missed its chance on a misplayed foul ball. Salt was added to the wound during the next at-bat when Devin Buckner hit a grand slam.

Ohio only managed to muster one final run in the top of the ninth, but there was no coming back. Despite efforts from closing pitcher Zach Weber, Ohio went on to drop the game 14-2. 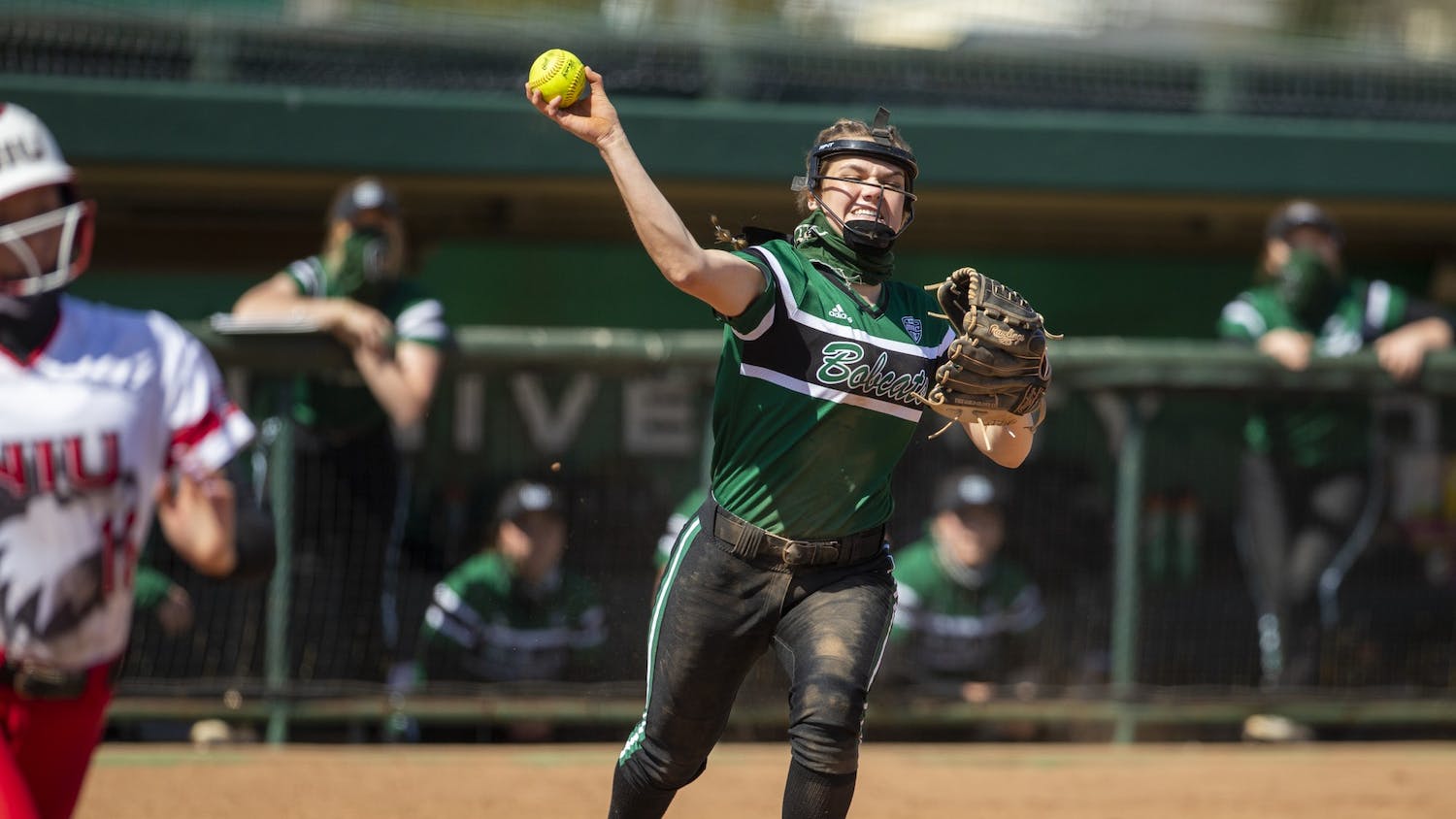 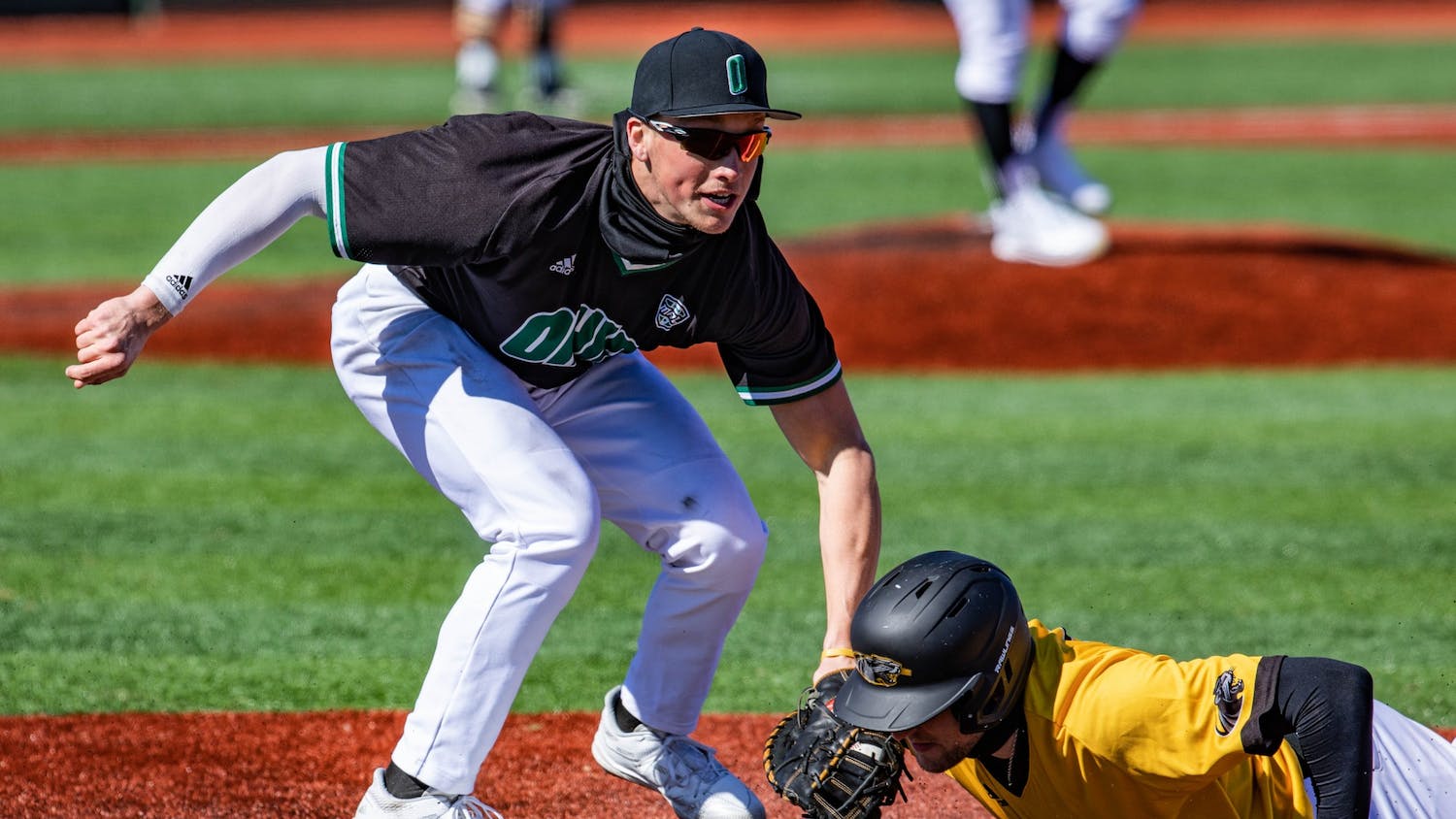