The Bobcats lacked any bite after tipoff.

Boals has seen the problem before. It’s been a recurring issue that has popped up time and time again in the Bobcats’ other losses to Mid-American Conference opponents. It has hounded them throughout their February schedule and caught up with them on occasion. They've been able to shake it off against so-so conference opponents, but the Bobcats aren’t invincible.

Friday proved Boals’ theory right. The Bobcats were slow on the draw, and they were slugged 91-83 by the Zips inside The Convo on Friday night.

“Against Toledo, at Toledo, at Kent, it was the same thing,“ Boals said. "The opponent was the more aggressive team. I think that was the disappointing thing of what was at stake and what was on the line."

The Bobcats knew what they were going up against when the Zips came to town. They'd escaped with a narrow win when they paid a visit to James A. Rhodes Arena in early January. Since then, the Bobcats climbed to the top of the MAC and were tied for the No. 1 spot in the standings ahead of Friday. Akron had hit occasional skids and sunk to fifth place, but it still packed a punch. If Ohio wanted to keep its crown, it needed to come out swinging.

But Akron swung first, and Ohio got punched in the mouth.

The Zips were more than willing to capitalize on Ohio’s catatonic start. They ganged up on the Bobcats up close and shut them out beyond the arc. The Bobcats kept the ball moving to find open looks, but the Zips maintained pressure and roughed them up on defense. None of the Bobcats scored more than six points before halftime.

“We weren't prepared for the double team like we should have been,“ Jason Carter said. “We wanted to keep the ball inside. They did a great job of going right away and we did not handle that well. When we did handle it well, then we’ve either got to make layups or make shots. I think that was a big piece of the first half that we were not ready for."

The Bobcats tried to mount an improbable comeback. They took potshots beyond the arc and skimmed points off Akron’s lead after halftime. They found a rhythm as the clock wound down. They sank seven of their final nine field goal attempts. Mark Sears, who’d been silent before the break, scored 20 points in the second half.

But the effort was too little, too late.

Akron had beaten Ohio into submission and run its defense ragged. Ohio’s defensive forte is to cause disruption and score off of opponents’ mistakes.

“When you struggle offensively, your defense has got to really create something,“ Boals said. “We normally disrupt and force turnovers. We only forced three in the first half.”

The end of the regular season is inching closer, and the Bobcats have hit a rough patch. They’ve lost two of their last three games, and both losses were to opponents that have qualified for the MAC Tournament. The Zips seized control and shoved the Bobcats around on their own court.

Ohio had no bite, and it paid the price. 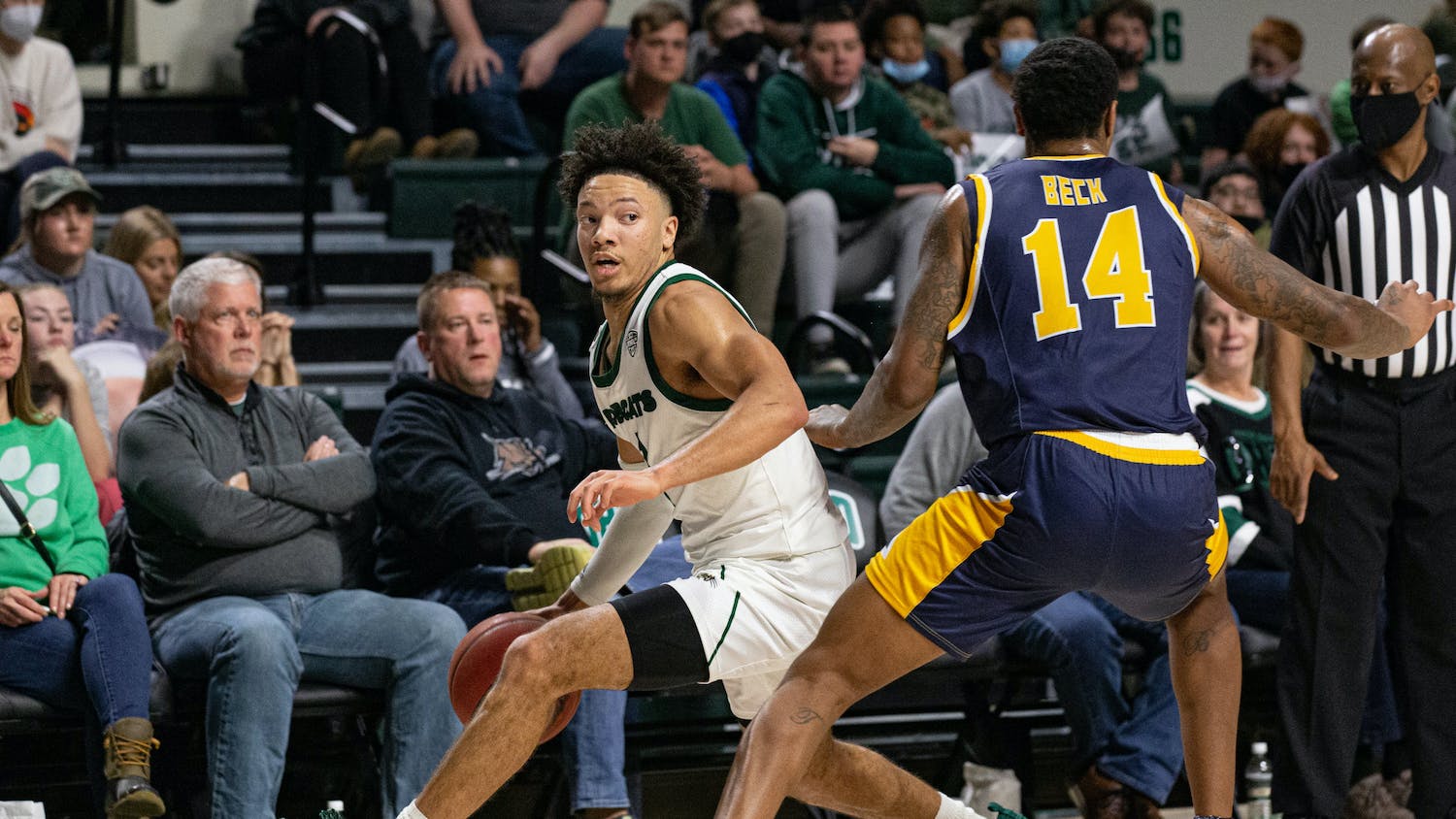 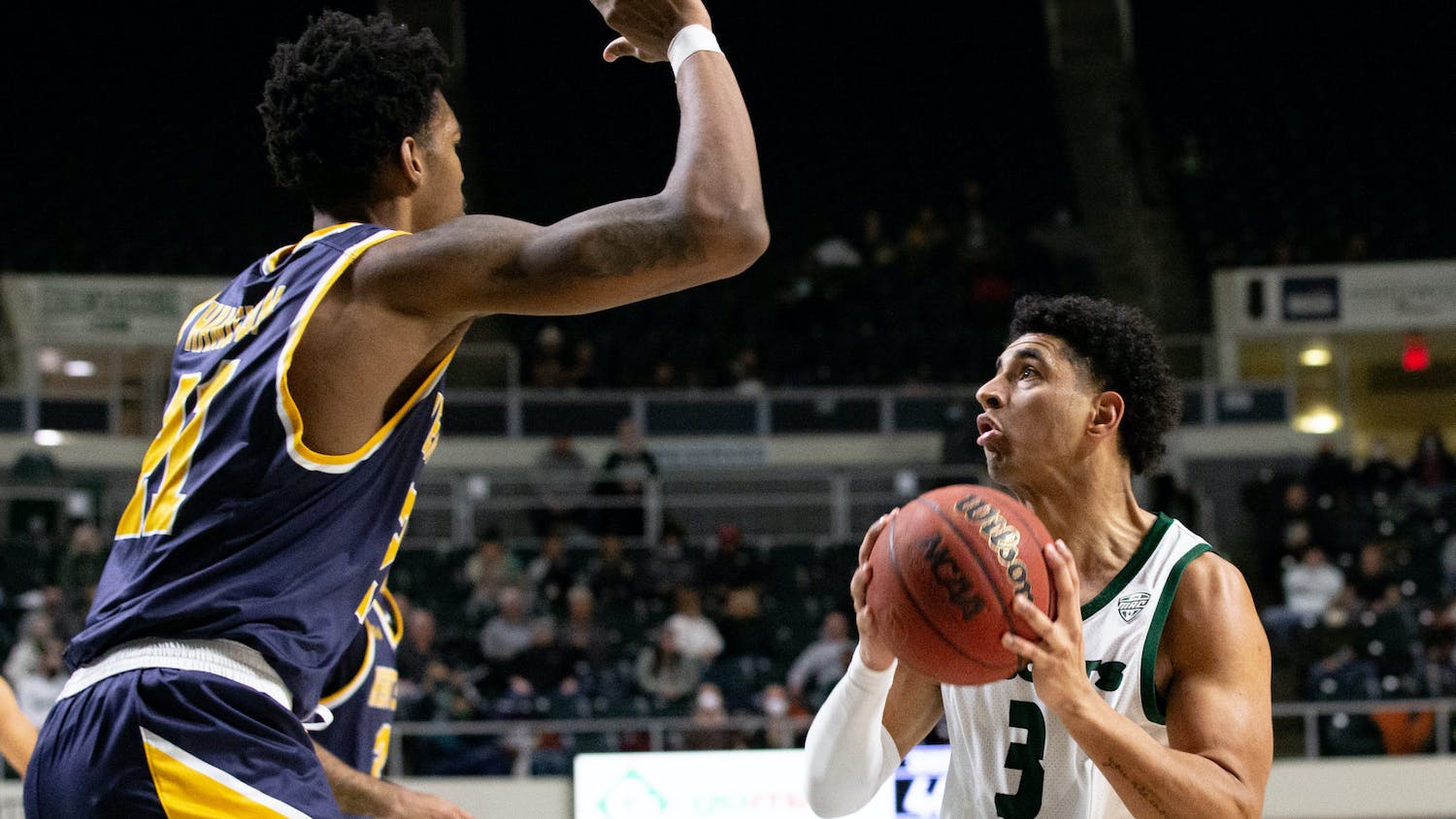 Men's Basketball: A second glance at Akron and how to watch 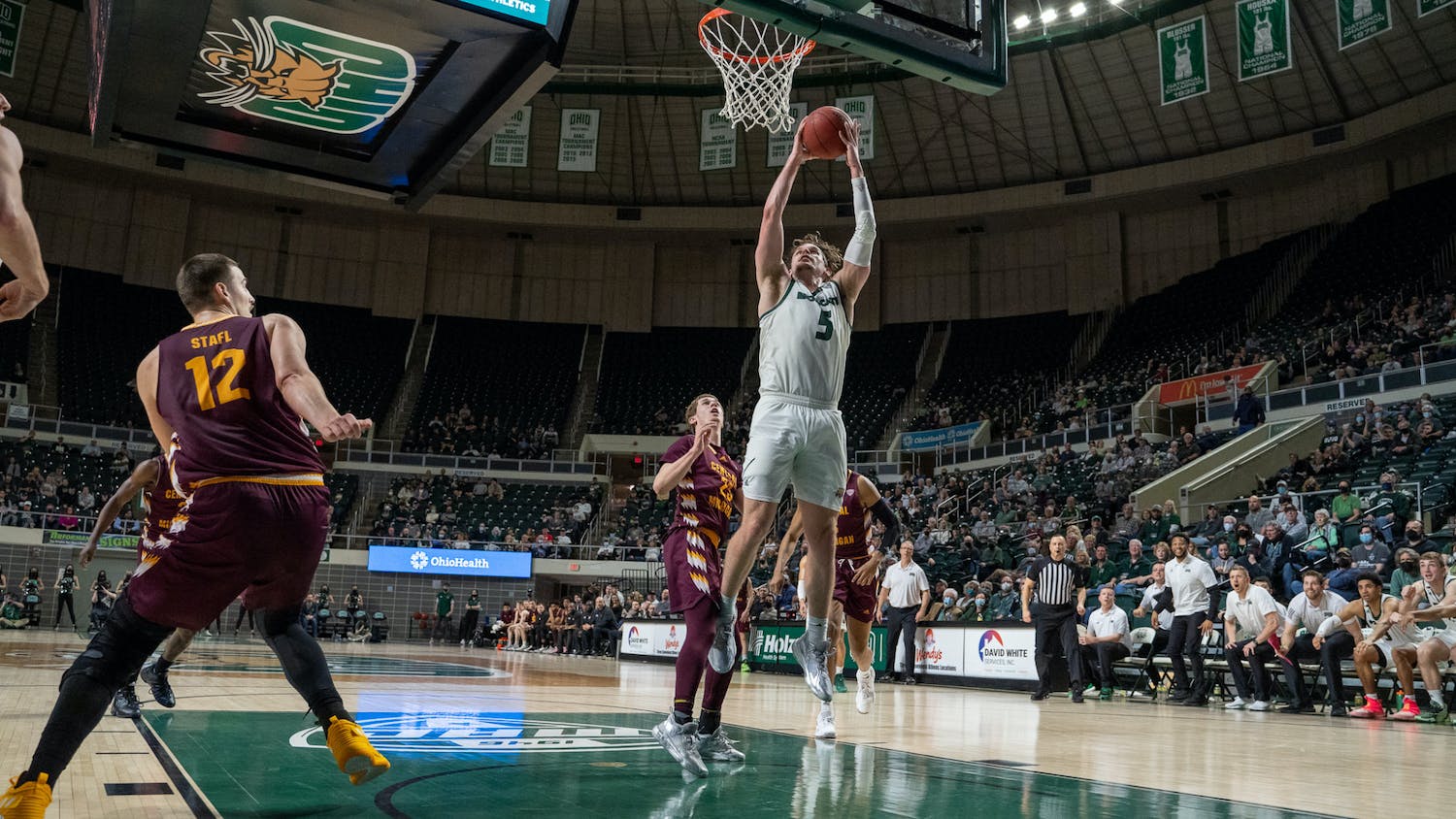