Ohio got the morale boost it was searching for Thursday with an 81-72 victory over Central Michigan in Mount Pleasant, Michigan.

After recovering from a sloppy first half riddled with turnovers and fouls, Ohio pulled out a 22-6 run early in the second half to take firm control of the lead. Ohio (20-4, 11-2 Mid-American Conference) stifled an upset bid and the fears of going on its first losing streak of the year.

The Bobcats are the first team in the MAC to notch 20 wins. It wasn’t their flashiest win nor was it their soundest. The Chippewas (6-15, 5-5 MAC) had won four of their last five games ahead of Thursday and gave the Bobcats a run for their money.

Here are the numbers to know from Ohio’s win over Central Michigan:

Ohio was running on fumes against Central Michigan. Thursday was Ohio’s fifth game in under two weeks, and lethargy set in. Ohio trudged through the first 20 minutes and scored just 28 points before the break.

If the Bobcats had any gas left in the tank, they burned through it after halftime. They scored 53 points in the second half and smothered the Chippewas with a revived shooting game. The Bobcats were 14-of-25 from the floor and 8-of-13 from 3-point range in the second half.

Tommy Schmock’s abilities from beyond the arc saved the Bobcats on Thursday. He ended the night with four 3-pointers, tied for the game high with Mark Sears. The guard has been deadly from long range as of late. In his past two games, Schmock has knocked down a combined nine 3-pointers and has shot 50% or better from beyond the arc.

Ohio is prone to the occasional flare up of turnovers, and it experienced a bout Thursday. The Bobcats were reckless with the ball. They committed 10 turnovers in the first half, which the Chippewas jumped on to score 10 easy points.

The Bobcats cleaned up their act in the second half, limiting themselves to four turnovers and ironing out the problems the Chippewas used to take the lead before the break. But from the outset, the Bobcats were making mistakes they couldn’t afford against a middling conference opponent.

Ohio hasn’t been doomed by foul trouble yet this season, but it walked a fine line Thursday. Ohio racked up a season-high 22 fouls, and its mistakes let Central Michigan hang around. The Chippewas scored 19 points off free throws alone, and 11 of those were scored in the second half.

All of Ohio’s starters except for Sears recorded three or more personal fouls. If Ohio wants to prevent other conference opponents from cutting into its leads late in the second half, it needs to keep fouls to a minimum. 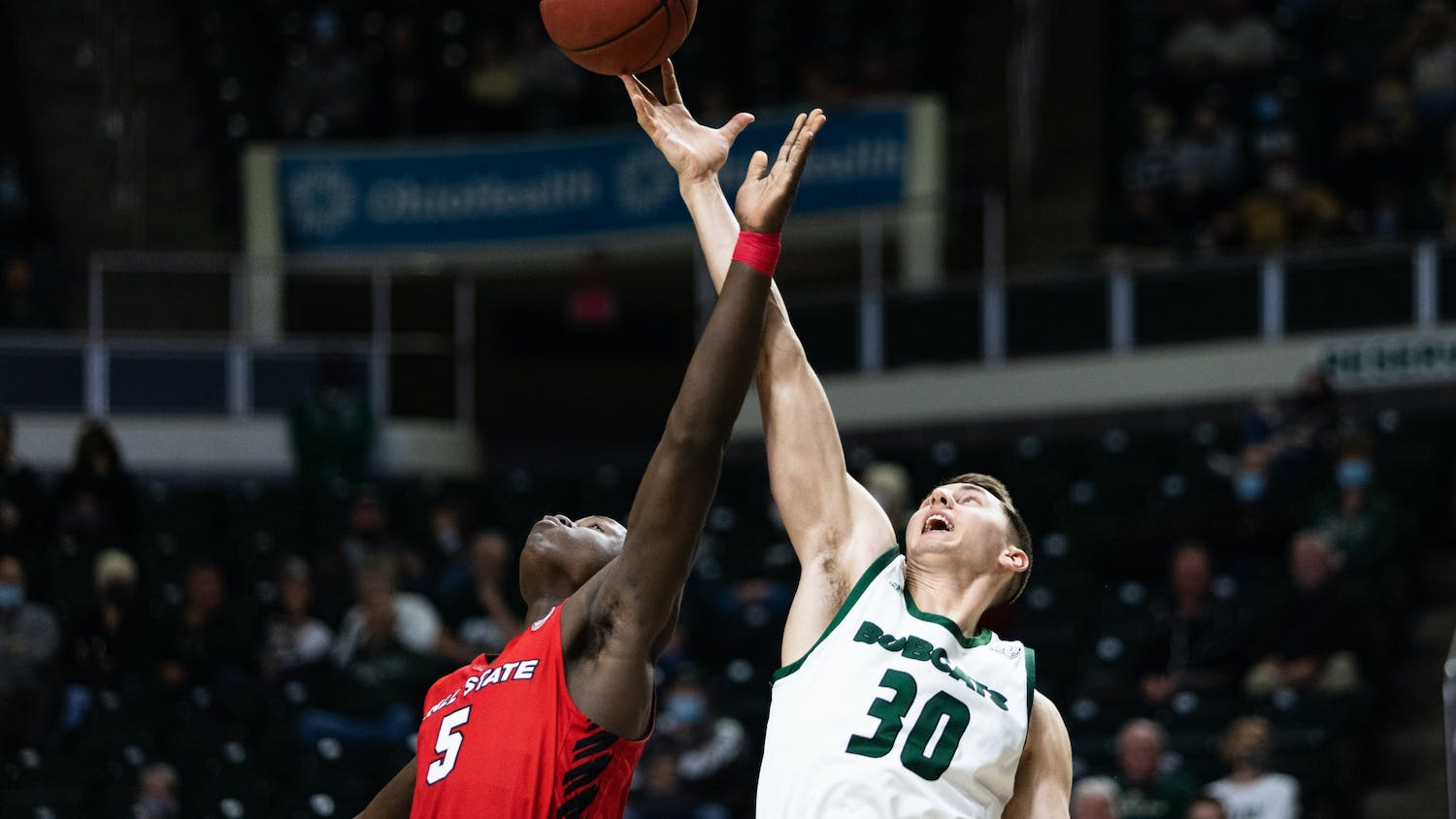