Ohio spent the weekend in northeast Ohio to take on Mid-American Conference opponents Kent State and Cleveland State. The Bobcats were victorious in both matches by scores of 25-10 and 27-12, respectively.

The Bobcats nearly swept the Golden Flashes 25-10 on Friday night after a strong team outing. Oscar Sanchez dropped the first bout of the night, but the Bobcats did not let that clip their spirits.Only two Bobcat wrestlers lost their respective matches. Giovanni DiSabato, Kyran Hagan, Alec Hagan and Jordan Slivka rattled off four wins in a row to give the Bobcats complete control of the match. Slivka's bout stood out as he pinned his opponent 1:46 seconds into the 157-pound match.

Ohio capped off the victory by winning three of the final five bouts. Sal Perrine continued his stellar start to his Bobcat career by winning his match by decision with a score of 13-8. Carson Brewer and Jordan Greer picked up the final two wins for Ohio. Brewer won by major decision 10-1 and Greer won by decision 6-3.

On Saturday, the Bobcats extended their success against Cleveland State. The Bobcats had to diligently fight the Vikings for the 27-12 victory.

Ohio regained its composure after dropping the 125-pound and 133-pound bouts by winning the next three matches. Kyran Hagan was the first Bobcat to take a victory, as he won the 141-pound match by forfeit. Alec Hagan followed suit in the 149-pound class and defeated Cleveland State's Marcus Robinson in a sudden victory.

Perrine fought from behind to defeat his opponent 10-5 in the 174-pound bout. Ohio then earned its third forfeit victory that day in the 184-pound class. Ohio picked up its last loss of the evening in the 197-pound match after Brewer lost 12-11. Greer then finished off the Bobcats' superb weekend with an 8-3 victory in the 285-pound bout.

These victories put Ohio at 8-3 overall and 4-2 in the MAC. The Bobcats next match will be in The Convo at 7 p.m. on Feb. 12, when they take on Southern Illinois University in their second to last dual match of the season. 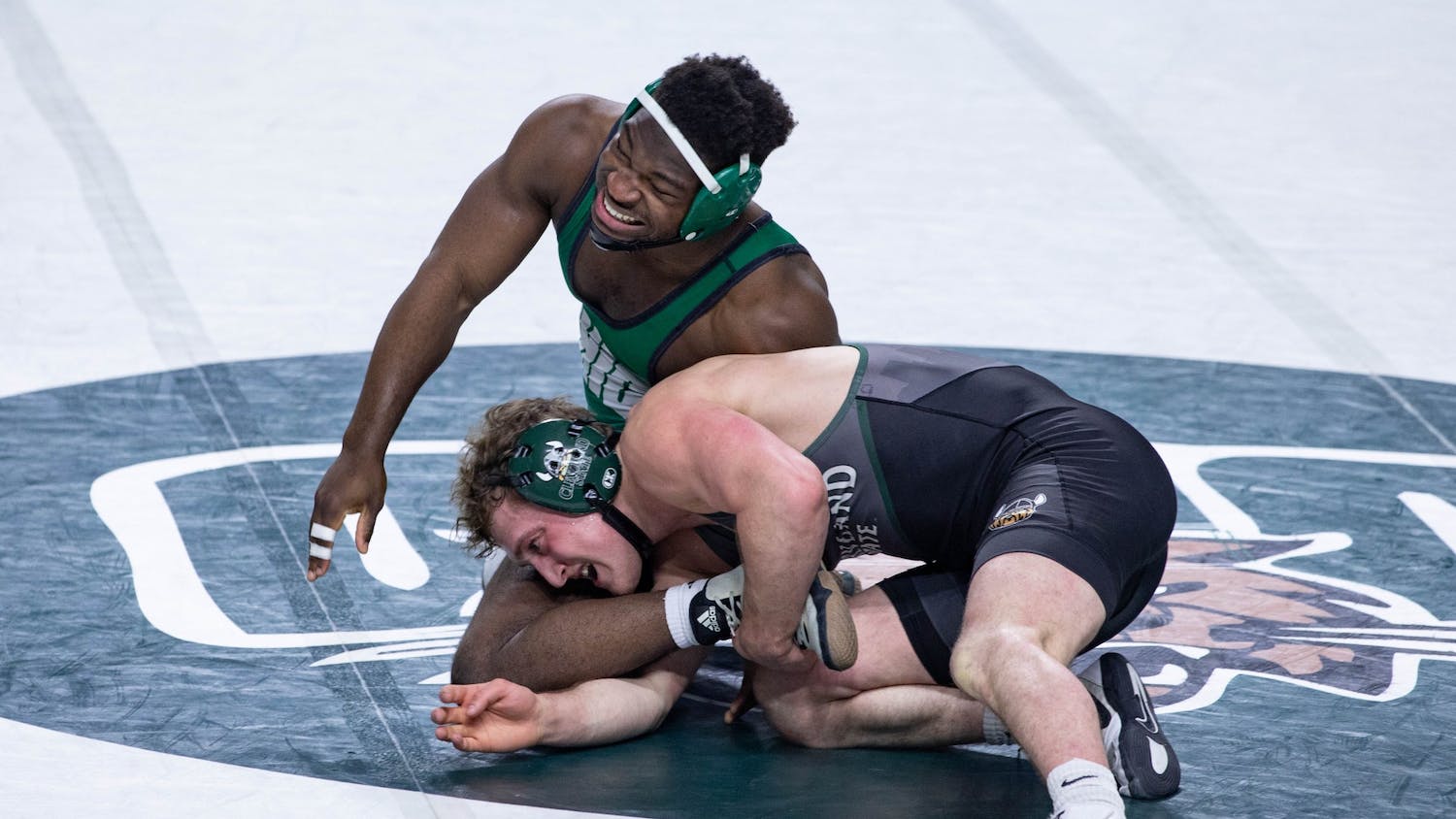