Women's Basketball: Numbers to know from Ohio's loss to Buffalo

Ohio fell flat in the final game of its three-game road trip, losing 79-65 against Buffalo Wednesday night. Ohio got itself in a hole early and a furious fourth quarter comeback attempt fell short.

The Bobcats drop to seventh place in the Mid-American Conference with the loss. They are just half a game ahead of the two teams below them competing for the final few spots in the MAC tournament.

Here are the numbers to know from Ohio’s loss:

The Bobcats shot just 28.8% on 2-pointers in Wednesday’s loss. They missed plenty of layups, both early and late in the game, and it cost them.

Ohio shot well from 3-point range, but that was not enough to save them from their dismal shooting inside the arc. Missed layups have been a problem all season, but Wednesday’s game was a new level of struggle for Ohio.

Buffalo dominated Wednesday’s game on the boards, outrebounding Ohio by 25.

The Bulls were able to take advantage of the Bobcats’ lack of size to earn themselves plenty of extra possessions.

With 17 offensive rebounds and 16 second chance points, the Bulls dominance on the offensive glass was a major factor.

Ohio trailed by 14 points at the end of the first quarter, a hole that proved too deep to dig out of.

The Bobcats have repeatedly gotten off to slow starts this season – including their first game against the Bulls – and the only difference Wednesday was that they were unable to come back.

It may have just been the fatigue of a road trip in which it played three games in five days, but slow starts are certainly a worrying trend for Ohio. 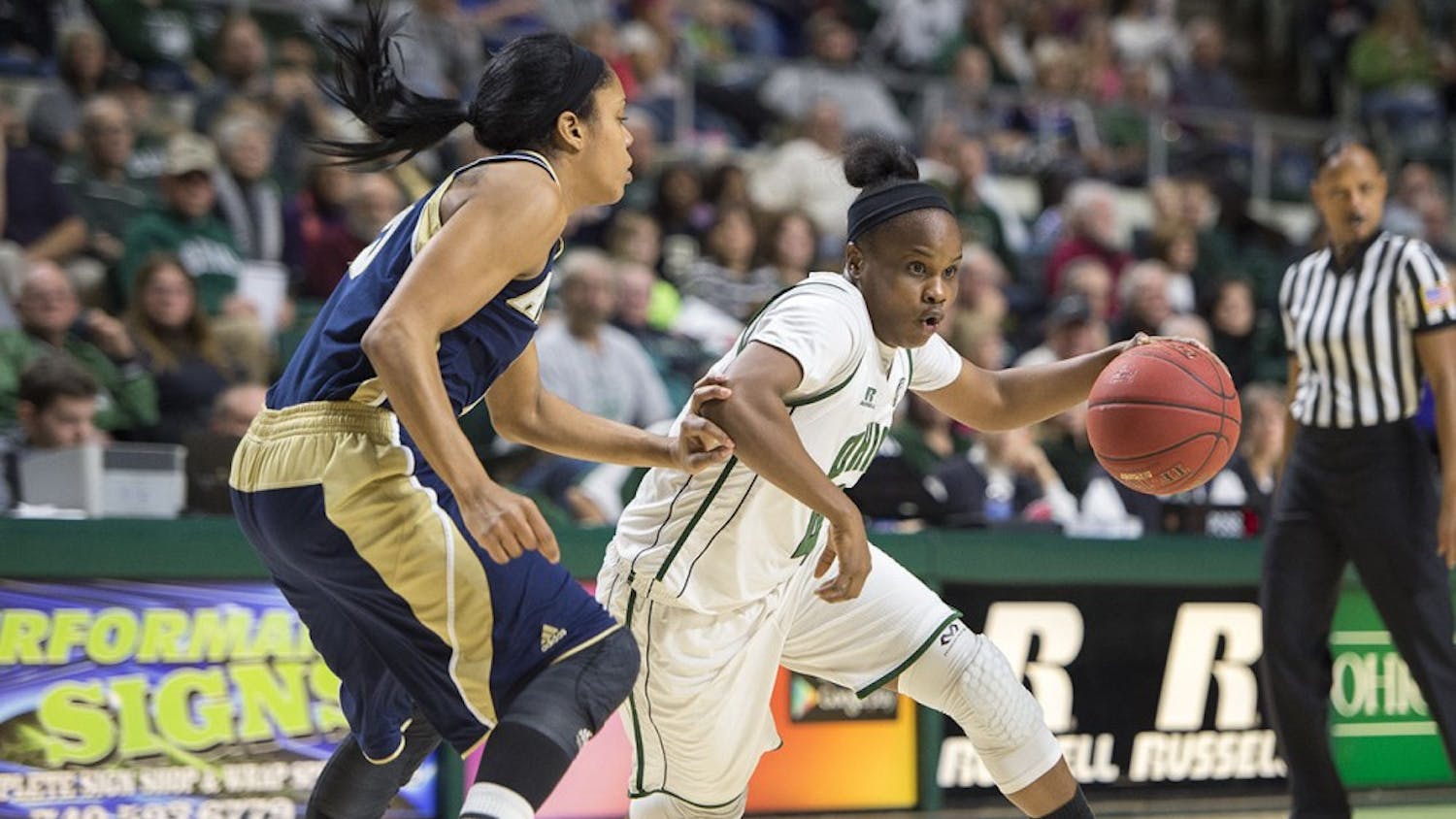 Women's Basketball: Ohio defeats Akron for the first time since 2012