The guitar slowed, the bass reverberated and the Michalka sisters, better known as Aly & AJ, gave each other a smirk as they prepared to play the most anticipated song of the night: “Potential Breakup Song.” As soon as the song began, the audience could feel a shift in energy, and the nostalgia that the annual Throwback Thursday Concert aims for washed over them.

Every year, Ohio University’s University Program Council, or UPC, hosts the Throwback Thursday Concert, or TBT Concert, where the council picks an artist who was popular when OU students were kids to come and give a performance that sparks memories of childhood.

This year, Aly & AJ, the duo known for tracks like “Rush” and “Like Whoa” and Disney performances like Cow Belles, were selected to perform for students huddled together in the Baker Ballroom.

The OU students who make up UPC plan the event from start to finish, from who performs and the itinerary to what food is handed out and what T-shirts are made for the day.

“I think it’s really special to have them come, especially since it’s our first throwback concert back from COVID,” Maggie Old, UPC’s communications director, said. “I think having Aly & AJ out of all people is really nostalgic to some people and really exciting for Ohio University students because I feel like any age, freshman to senior, all relate to Aly & AJ at some point in their childhood.”

Doors opened at 6:30 p.m., and the first 200 attendees were given free T-shirts that said “I (heart) TBT” and led to an extensive table of food that held mac ‘n’ cheese bites, chicken tenders, Domino’s pizza, Little Hug Fruit Barrels and more.

Eric Scalfano, a local student DJ who goes by DJ Scalf, warmed up the crowd for an hour that never lacked energy. He played old hits from “Dynamite” by Taio Cruz to “Hoedown Throwdown” by Miley Cyrus, and he hardly ever stopped smiling while doing so.

During Scalfano’s set, the audience poured in. Anna Crum, a freshman studying music education, said nostalgia drew her to the concert, and UPC’s diligent planning kept her excited the whole time.

“They gave us all this cool gear,” Crum said. “It’s just long-lasting college things like memorabilia; you can look at it and be like, ‘Oh, that one time I went to an Aly & AJ concert.’”

Then, after Scalfano left the stage and UPC addressed the audience, it was time for Aly & AJ to begin.

Aly & AJ calmly walked onto the stage behind their band, completely juxtaposing the roaring crowd beckoning them. Aly, sporting a sacramento green pantsuit that popped next to the subtle brown acoustic guitar wrapped around her, neared her mic as AJ, donning a tawny brown pantsuit, strummed her guitar as they began their favorite song they’ve ever written, “Pretty Places.” Just as it kicks off their 2021 album, a touch of the beat gets you up on your feet gets you out and then into the sun, it opened the set in a gentle fashion that mimics singing out the windows while driving down backroads.

In such a small, intimate room of about 455 students, the bass easily shot through the speakers and rippled through everyone who was close enough to touch the stage. Every time the drummer laid a foot onto the kick drum pedal, the reverberations could be felt in the audience’s knees.

Despite not knowing all the lyrics to Aly & AJ’s new music, the audience picked up the melody lines quickly and sang along with smiles from ear to ear. Every single one of Aly & AJ’s gestures, movements across the stage or replacement of a guitar found the audience erupting in cheers, which only further energized the sisters’ performance.

The two performers and the band that accompanied them were so in touch with the music and in sync with their movement; call it sisterly intuition, but they almost always leaned back at the same time away from the microphone to emphasize their guitar playing or gear up for the next harmony.

Along with “Pretty Places,” the setlist included “Lost Cause,” “Listen!!!” and “Break Yourself,” all from their latest album. After playing a few songs, the sisters told the audience it was their first time at OU, they’re gearing up to embark on a two-month tour and this show was their first performance of 2022.

During “Slow Dancing,” most of the crowd turned on their phone flashlights, waved them back and forth and soaked in the sisters’ wispy vocals.

While the audience was still quiet in preparation for the next track of the night, one audience member held up a picture of her and the Michalka sisters from a few years prior, which the sisters saw and happily acknowledged from the stage.

“I’ve seen them before, and I actually met them at a pizza shop back home and they were super nice,” Haley Braden, a freshman studying political science pre-law, said. “I hope that (audience members) look up their new songs because they’re actually really good.”

Aly & AJ continued the show with a mashup of “Symptom of Your Touch” and “Am I Alright,” “Take Me,” “Paradise,” “Get Over Here” and, much to the audience’s delight, “Potential Breakup Song.” They closed out the show with “Don’t Need Nothing,” making “Potential Breakup Song,” which was initially released in 2007 and then re-released as an explicit version in 2020, the only throwback song in the list.

As the concert neared its end, Aly & AJ asked the crowd if they knew who they were or if the sisters weren’t a part of their era. The response was a wave of piercing shrieks, as a way of saying “yes” and showing the performers they were grateful to have seen them live. The sisters returned their appreciation for the fans who haven’t tapered off over the years — and to the attendees who suddenly remembered why they were such a cornerstone of their childhood. 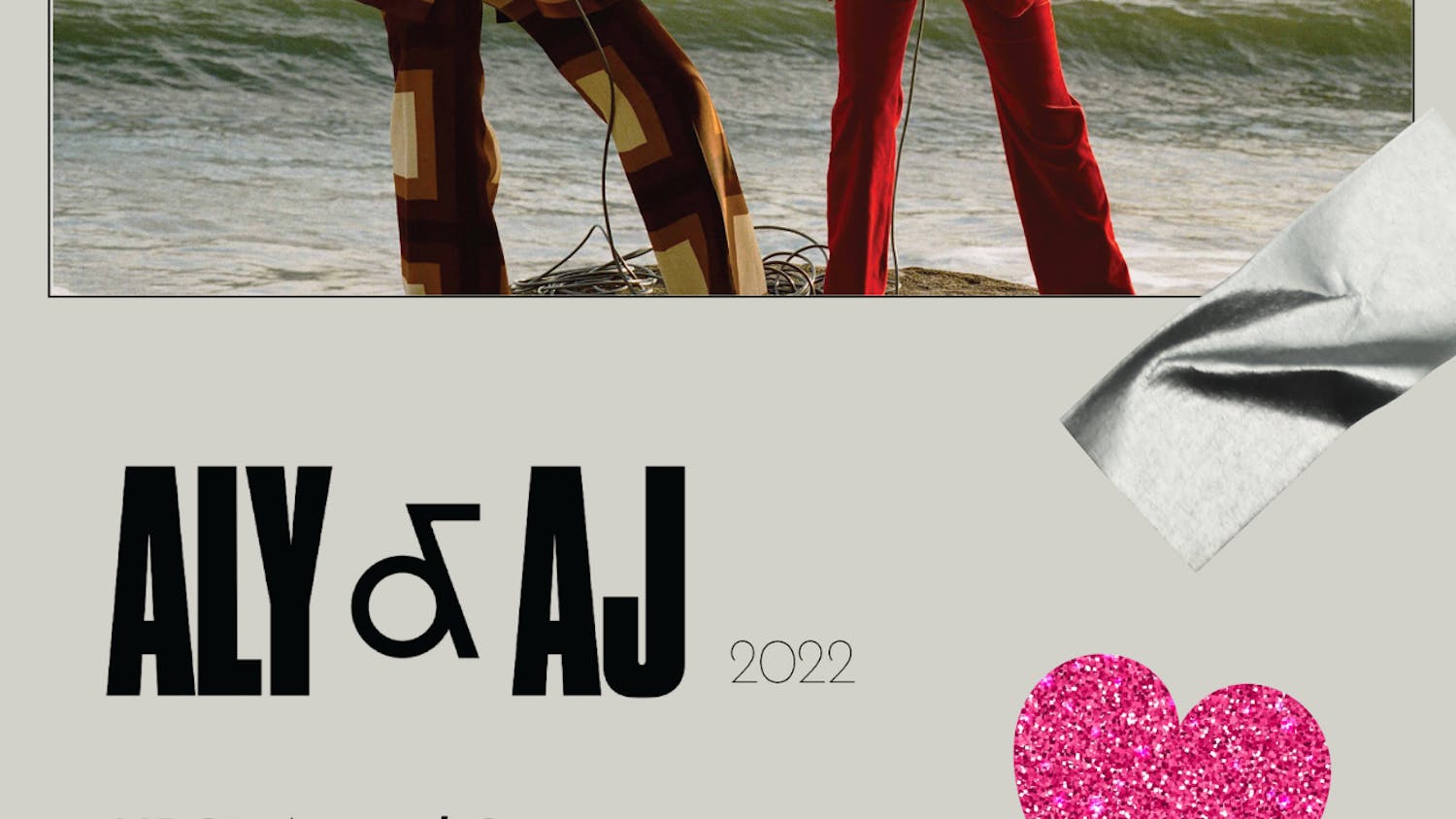 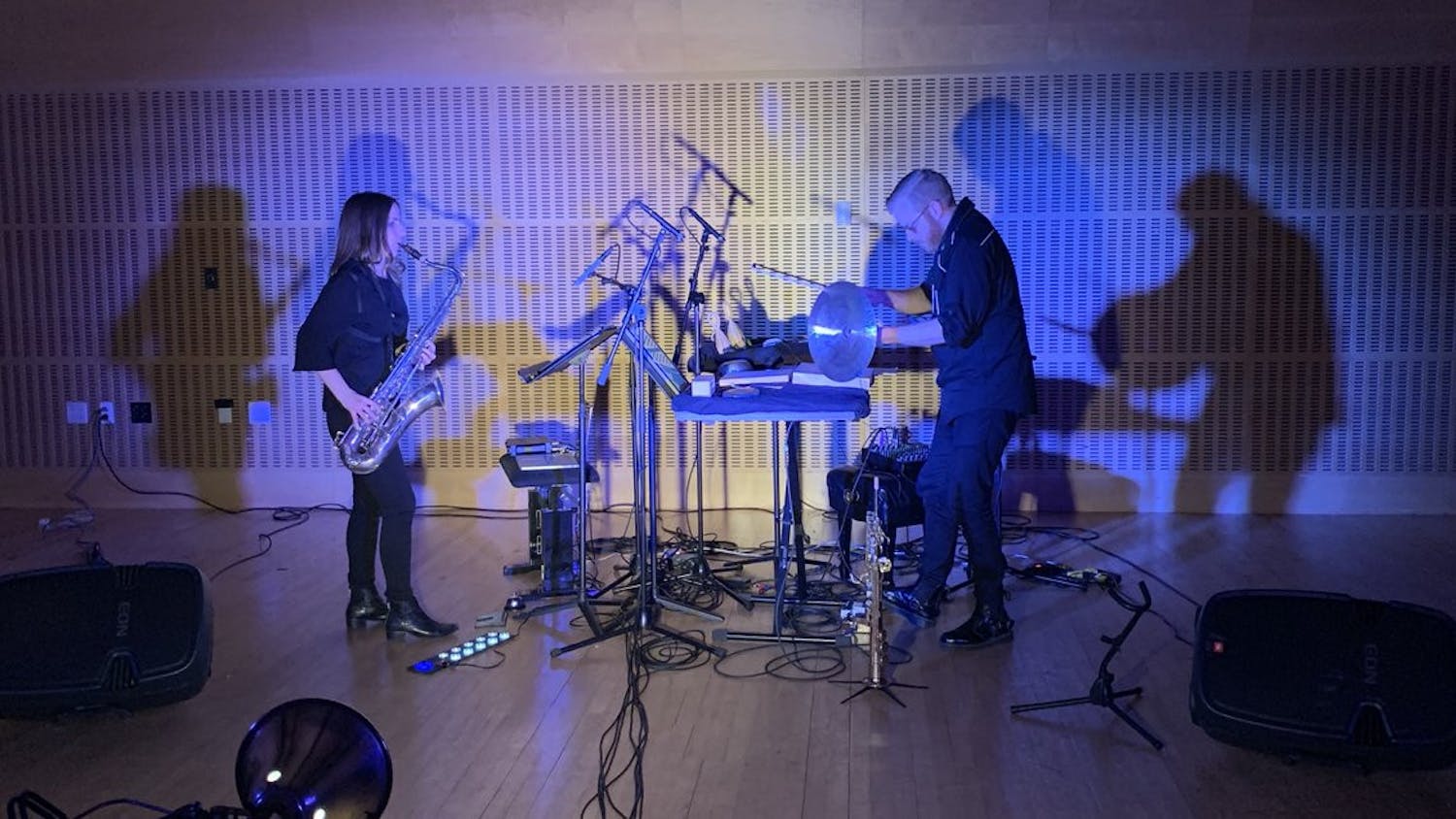