The downpour didn't stop fans from gathering in MemAud on a Wednesday night. In fact; it made the venue feel that much homier. "Home" was a recurring theme for the night, as this was a homecoming of sorts for CAAMP. The folk group started in Athens, which anyone could tell by how it was warmly welcomed back with a sellout show.

First, another Athens-based group, no stars, took the stage. While its following is still growing, the crowd immediately took to its sound. The trio keeps things simple with two guitars and a drum set. They were occasionally accompanied by "Steve" on piano, which the trio encouraged the crowd to give a lot of playful hype. A crowd favorite was no stars’ pop cover of Aly & AJ's "Potential Breakup Song." Its dreamy music and strong vocals created an indie vibe that was the perfect opener to set the mood for the night.

Then, the fans sat eagerly awaiting the show's start, feet tapping and hushed talking as the crew rearranged the stage. Dim lights and an eruption of cheers met CAAMP as it humbly took the stage. The auditorium filled with its music, quieting the crowd.

CAAMP's everyday style translates into its performance by ditching bells and whistles. The scene was set up like a home. Rugs laid on the stage, and ambient lighting changed color to match the mood of each song. Its simplistic approach to performing made fans feel much closer and gave space to highlight its talent.

It was easy to see the lead singer, Taylor Meier, felt at home. During songs, he jumped down to join the crowd while strumming his guitar and singing along. Everything Meier did was done leisurely. The audience could tell throughout the performance the band wasn't in a rushed hurry but, instead, enjoying every second.

CAAMP didn't mess around with announcing each song or making small talk, which the crowd didn't mind. It only stopped to tune guitars and thank everyone who made the show possible. CAAMP mainly focused on communicating through its music, sometimes blending each song into the next. At one point in the concert, Meier said most of the songs performed were "written in a mile radius of here," making this show especially meaningful.

The mood ranged from fast-paced, feel-good songs like "26,” "No Sleep" and CAAMP's newest single "Believe" to more mellow tunes like "Vagabond" and "So Long, Honey." Also, much to the audience's joy, during "Believe," CAAMP seamlessly intertwined Black Sabbath's "War Pigs." However, the fan favorite was easily "By and By.” The whole auditorium joined in singing with the band and swayed along.

Halfway through the show, the band members all exchanged looks, deciding their next move. Then, Meier leaned into the mic and announced CAAMP was playing a new, unreleased song, giving fans an early taste of its upcoming album dropping June 24.

Meier ended the show by saying he has an "eternal love" for Athens. Based on the audience's response, they felt the same.

As CAAMP exited the stage, fans cheered, begging for an encore. CAAMP teased the audience, drawing out its return. But alas, CAAMP didn't disappoint and launched into a three-song encore, including the sweet, upbeat song "Officer of Love." Before walking off, the group came together and bowed, taking it all in.

But, to much surprise, the night didn't end there. CAAMP made a special appearance at Casa Nueva, where it performed another set. Things came full circle for CAAMP, who went from playing shows there when it was just starting to playing after a sellout show. Afterward, the band members hung around, casually mingling with fans. Many pictures, autographs and fangirling took place but, ultimately, CAAMP made each fan feel more like a friend.

CAAMP is one of those rare artists that sounds amazing in its recordings and even better in person. CAAMP's concert showed that regardless of its growth, its music will always make listeners feel at home, and its roots will always remain in Athens. 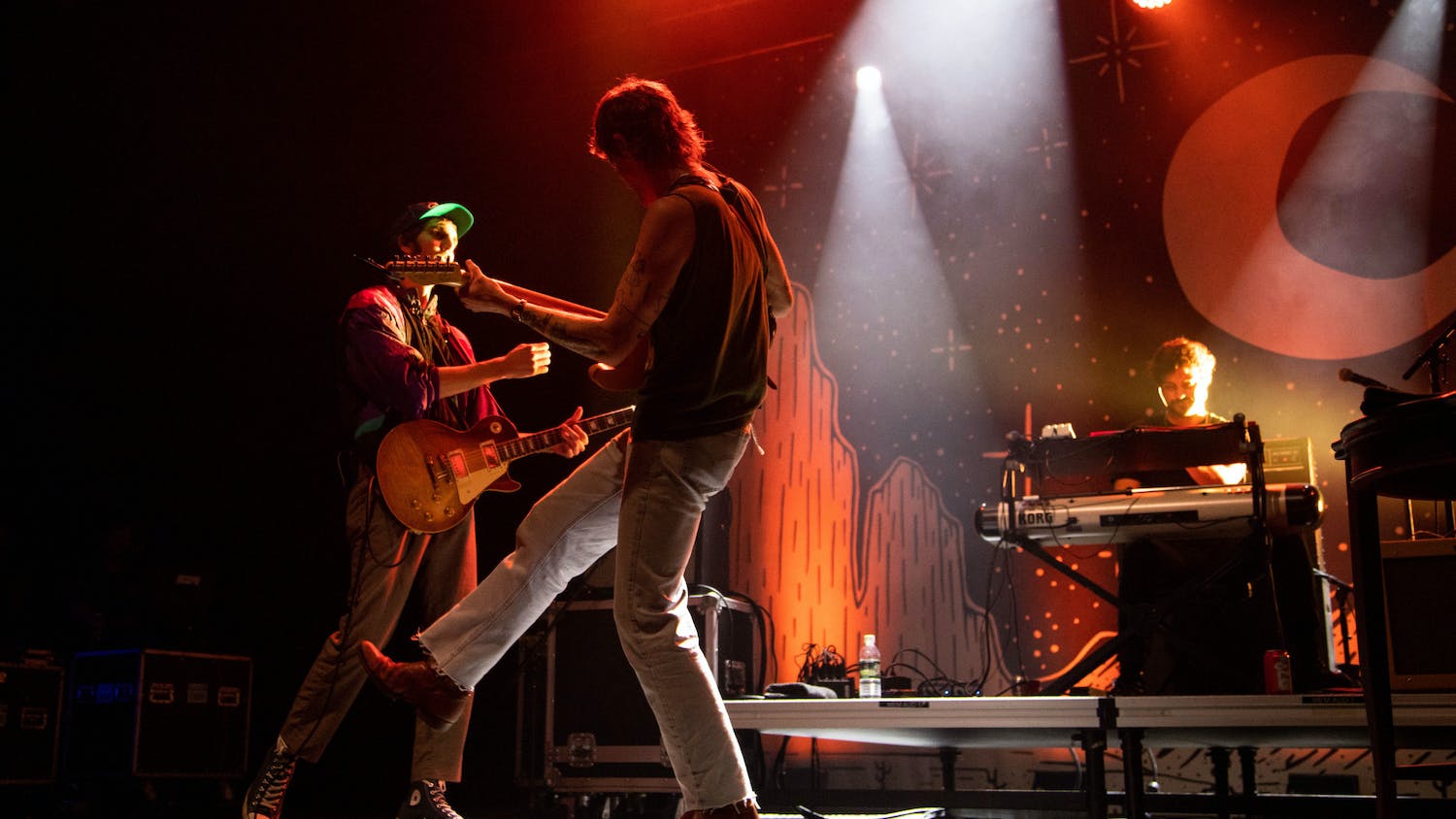 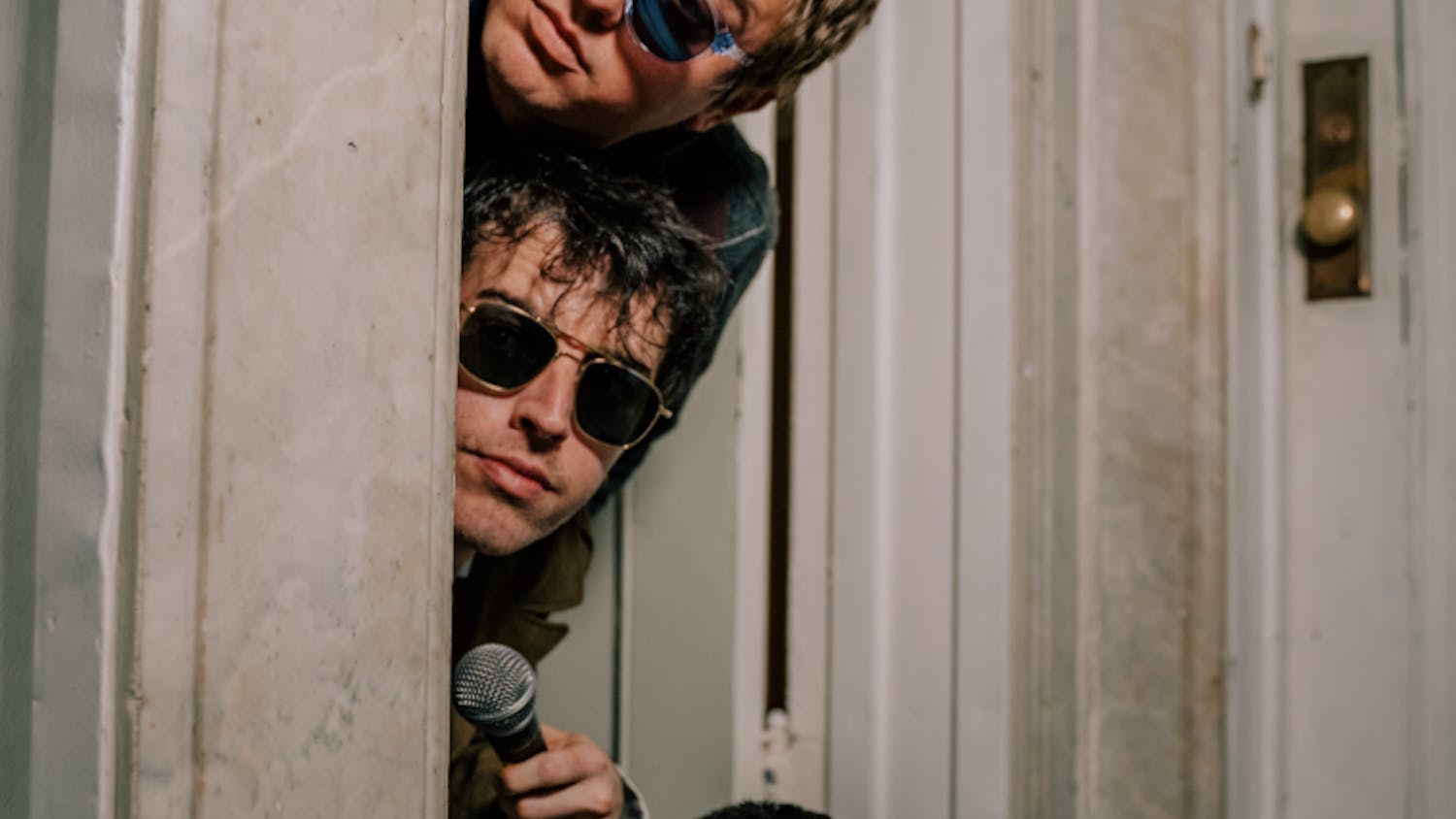