Two years ago, Ohio caught just a glimpse of its 2020 season. The emergence of the coronavirus pandemic wiped away Ohio’s chances of a Mid-American Conference championship before conference play even began. The juniors that year were left with only a taste of what it was like to be upperclassmen with the Bobcats.

But thanks to an extra year of eligibility from that shortened season, those juniors are back for one last season as fifth years.

A handful of Ohio’s fifth years didn’t bat an eye at the idea of coming back for another year. The idea of continuing their education and getting to play baseball as long as possible enticed them. A fifth year was a deal they refused to turn down.

“I knew I was coming back as soon as I was given the fifth year chance,” pitcher Edward Kutt IV said.

A slew of fifth years are back for the 2022 season, and with them comes wisdom and determination. Some of the fifth years have been with Ohio since their freshman year while others have transferred into the program along the way. Either way, they all had unfinished business ahead of the season.

Kutt has been with Ohio for the entirety of his collegiate career. During that span, he’s been both a starter and a reliever. Kutt is one of the most seasoned pitchers on Ohio’s roster. He helps mentor the freshman pitchers in any way he can with the help of other veteran pitchers. They are there to help with drills, pitch development and general understanding. The jump from high school to college can be a culture shock, and the upperclassmen are there to help ease the transition.

Ohio coach Craig Moore has an advisory group of upperclassmen that meets to check in on the team and sort through business-related items. The group includes Kutt, Isaiah Peterson, Brett Manis and Jack Liberatore. Moore discusses issues ranging from what snacks to stock in the team’s locker room to road trip plans while also monitoring the team’s well-being.

The locker room has been a place for the team to come together again after being separated during COVID-19 protocols. The team now has a communal space where they can be together.

“That’s really helped with some of the team chemistry and guys getting to actually bond together,” Peterson said. “Just that little bit of time before practice and after practice goes a long way.”

Peterson is the non-pitcher in the advisory group. The fifth year not only leads off the batting order, but he also leads his teammates. Peterson, like Kutt, recognizes that as an older player on the team, he has an obligation to help the younger players.

This season, Peterson recognizes that it's less about what he does on the field to help the team and more about off the field.

“I'm in a role where I’m not so much focused on playing, but kind of trying to help these younger guys grow up a little bit and understand the game,” Peterson said. “Like, ‘Look, these problems are going to present themselves in your near future, and you have to figure out how to combat them over the next four years.’”

Peterson has been able to help redshirt freshman A.J. Rausch with that adjustment. The two stand next to each other in center and right field in each game and work together. Peterson credits Rausch with being an up-and-coming leader on the team with a drive to do things right.

But Ohio has more than fifth years taking the conference by storm. It also has several redshirt seniors. On the other side of Peterson in left field stands Spencer Harbert. Harbert rounds out the three-headed monster that is Ohio’s outfield.

Harbert transferred to Ohio ahead of the shortened 2020 season. Since then, he’s been named to the Academic All-MAC team and has become one of Ohio’s dependable power hitters.

For Harbert, he hasn’t always seen himself as a leader because of his age.

“It’s really interesting because I’ve always been kind of the younger guy,” Harbert said. “This is my third different school. I’ve always been transferring around and been the new guy on the team. But this year, it’s a little different. I’ve been here for three years.”

Harbert is among several upperclassmen — including Peterson — who have transferred into Ohio. Although they haven’t always been Bobcats, they’re still able to keep the team even-keeled.

Ohio has five fifth years and four redshirt seniors along with six seniors and one graduate student. This upperclassmen presence sets Ohio apart from other teams in the MAC. The eclectic group has varied experiences that make the team better.

“I think the greatest thing is we have a good mix of old guys (and) young guys,” Harbert said. “Team dynamic-wise, we have a lot of guys contributing.” 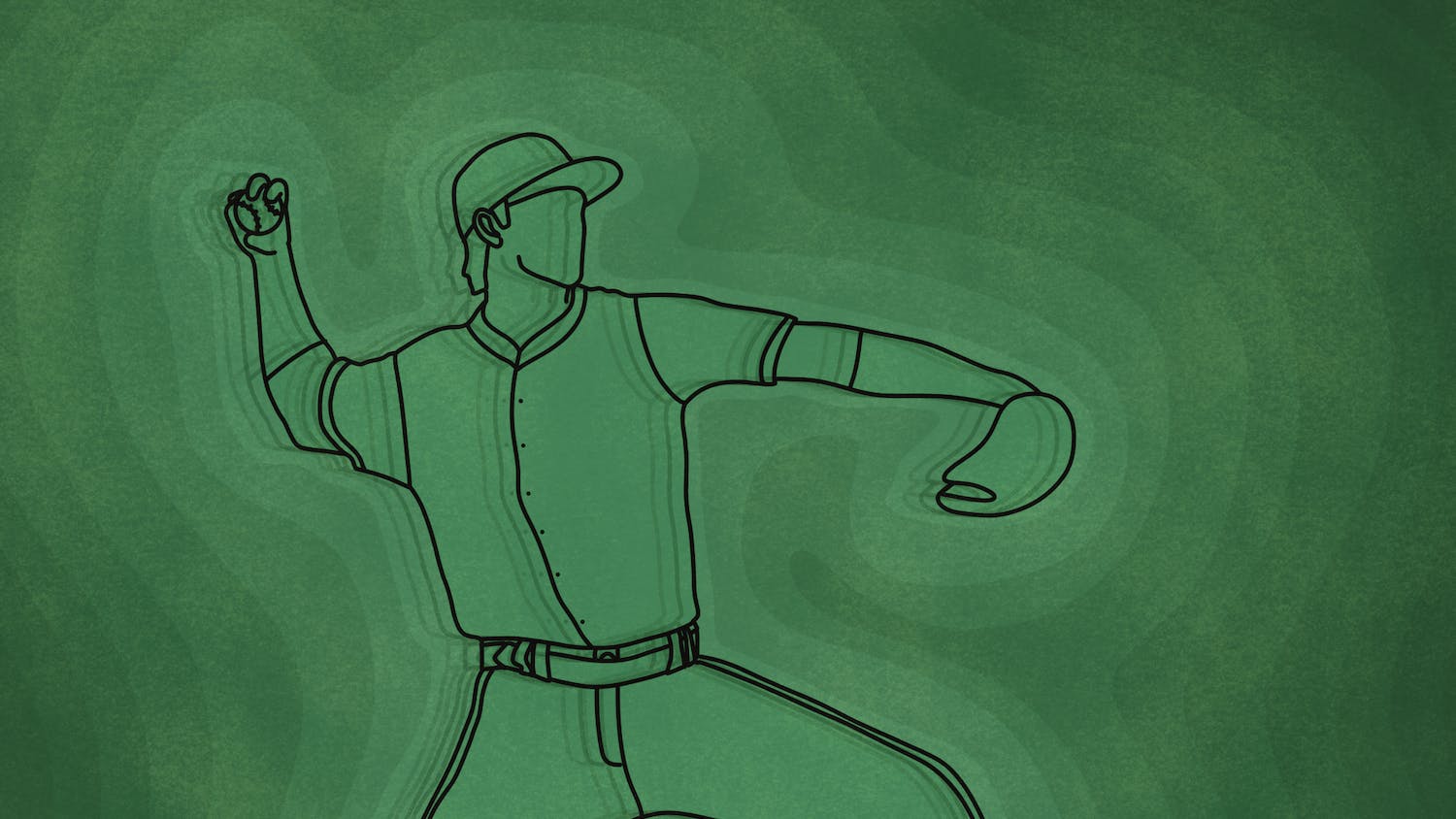 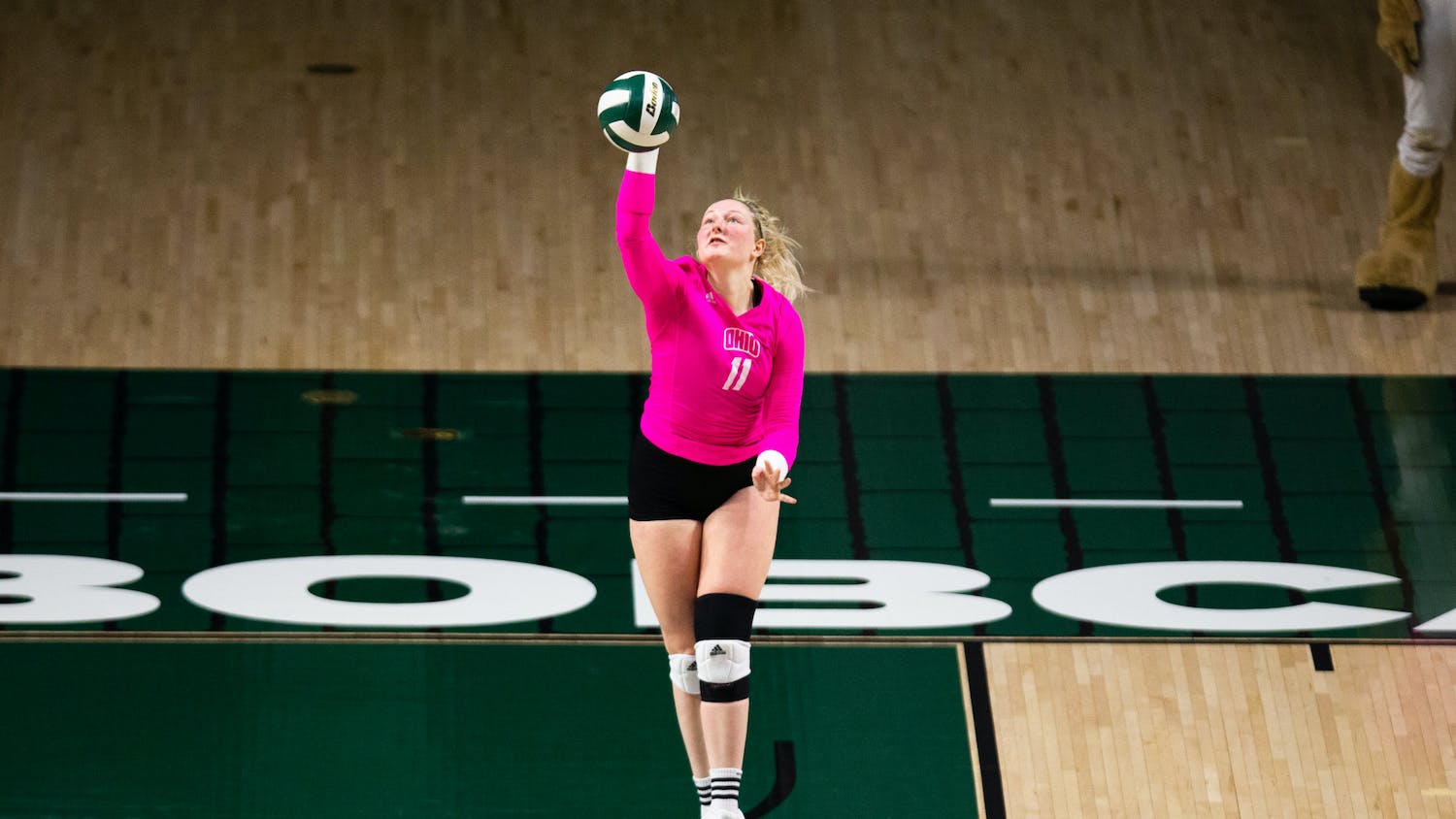 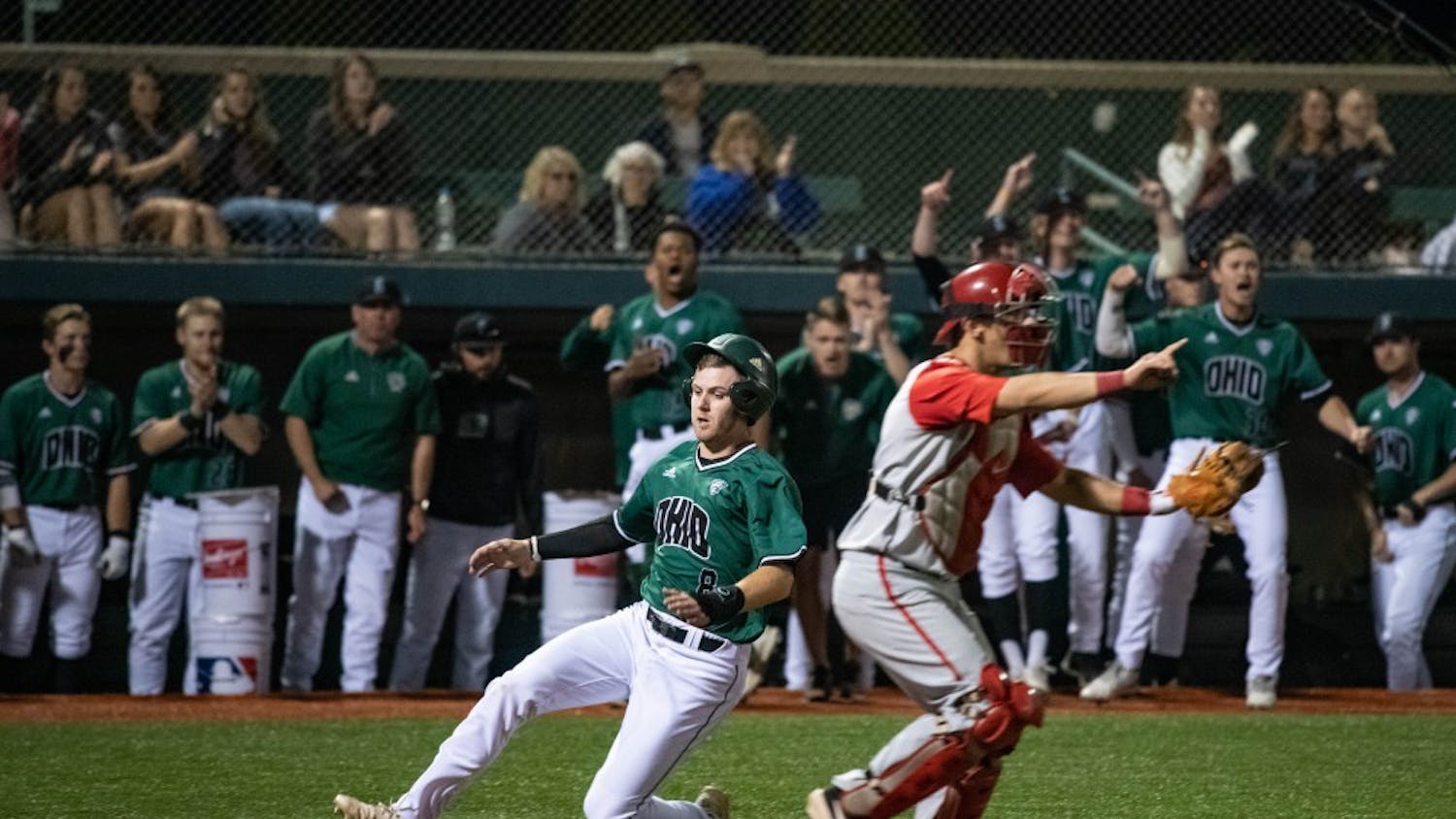 Baseball: Ohio's pitchers feel the mojo in 'The Dojo'