Baseball: Ohio bested by Ball State 6-4 in first round of Mid-American Conference Tournament

MUNCIE, IND. — The dust had settled from game one of the Mid-American Conference Tournament Wednesday and it was time for Ohio to take the field. Ohio hadn’t been in the tournament since 2019, when its seniors were freshmen. It had been waiting for this moment for a while.

However, Ohio’s return wasn’t all roses. It had to take on the No. 1 seed Ball State in the first round.

The Bobcats didn’t get far into the first inning Wednesday before the Cardinals — and lightning — struck. The Cardinals had scored the first run of the day on a single by Trenton Quartermaine, but as soon as he crossed the plate to put the Cardinals up two, the game was delayed due to lightning in the area.

After a long delay, both teams were sent packing without even a full inning of play under their belt and hopes that the game would resume Thursday.

Ohio’s patience was tested relentlessly Thursday. The game time kept being pushed back as rain cascaded over First Merchants Ballpark. However, nearly 24 hours later, the game picked up exactly where it left off in the bottom of the first.

“I don’t think (the delays) affected us at all,” Ohio coach Craig Moore said. “Maybe a little bit at the get-go, at the start, but we got settled in.”

In a turn of events, Ball State did not keep the same starter as Wednesday’s game. On Thursday, MAC Pitcher of the Year Tyler Schweitzer was on the mound for the Cardinals. But on Friday, Ty Johnson got the nod.

Johnson made quick work of the Bobcats to start, but he fell off in the fourth. Two Bobcats got on base and opened the door for Spencer Harbert to knock a sacrifice fly and a run off of the deficit.

But the deficit would soon be gone.

In the next at-bat, Will Sturek placed a ball over the wall in right field for a two-run home run. The game-tying hit was Sturek’s fourth home run of the season.

The ease of no longer being down made Edward Kutt IV’s day a little easier on the mound. Kutt had been Ohio’s choice Wednesday and came back into the game Thursday with the same intensity. He worked quickly and got strikeouts when Ohio needed them most. However, Kutt had to exit the game earlier than anticipated.

Kutt left the game right after Harbert had given the Bobcats a one-run lead off of a solo home run that sailed over the left field corner.

Yet, Ohio remained patient again, and called on Chace Harris to protect what little it had.

Harris tossed two scoreless innings before being pulled in favor of closer Brett Manis in the bottom of the eighth. Manis managed to fight off the Cardinals as well, but they then returned the favor, tying the game on a wild pitch.

Closer Sam Klein made quick work of the Bobcats despite allowing a hit to the leadoff batter, Xavier Haendiges. Klein, who leads the MAC in saves with 11, baffled the Bobcats' hitters. They were unable to score a run despite having two runners on base after Colin Kasperbauer was intentionally walked.

All seemed well for Ohio heading into the bottom of the ninth. Although the game was still tied, it had Manis on the mound and a good chunk of the order due up in the tenth.

Ball State had other plans.

With two outs on the board, Hunter Dobbins put the Bobcats to bed with a two-run home run to left field. The Bobcats had lost the waiting game in the final hour 6-4.

“We battled with them,” Moore said. “It came down to one swing of the bat and that was the difference in the game right there.”

Correction: A previous version of this article stated that Edward Kutt IV played Thursday and Friday, when it means to say Wednesday and Thursday. This article has been updated to reflect the most accurate information. 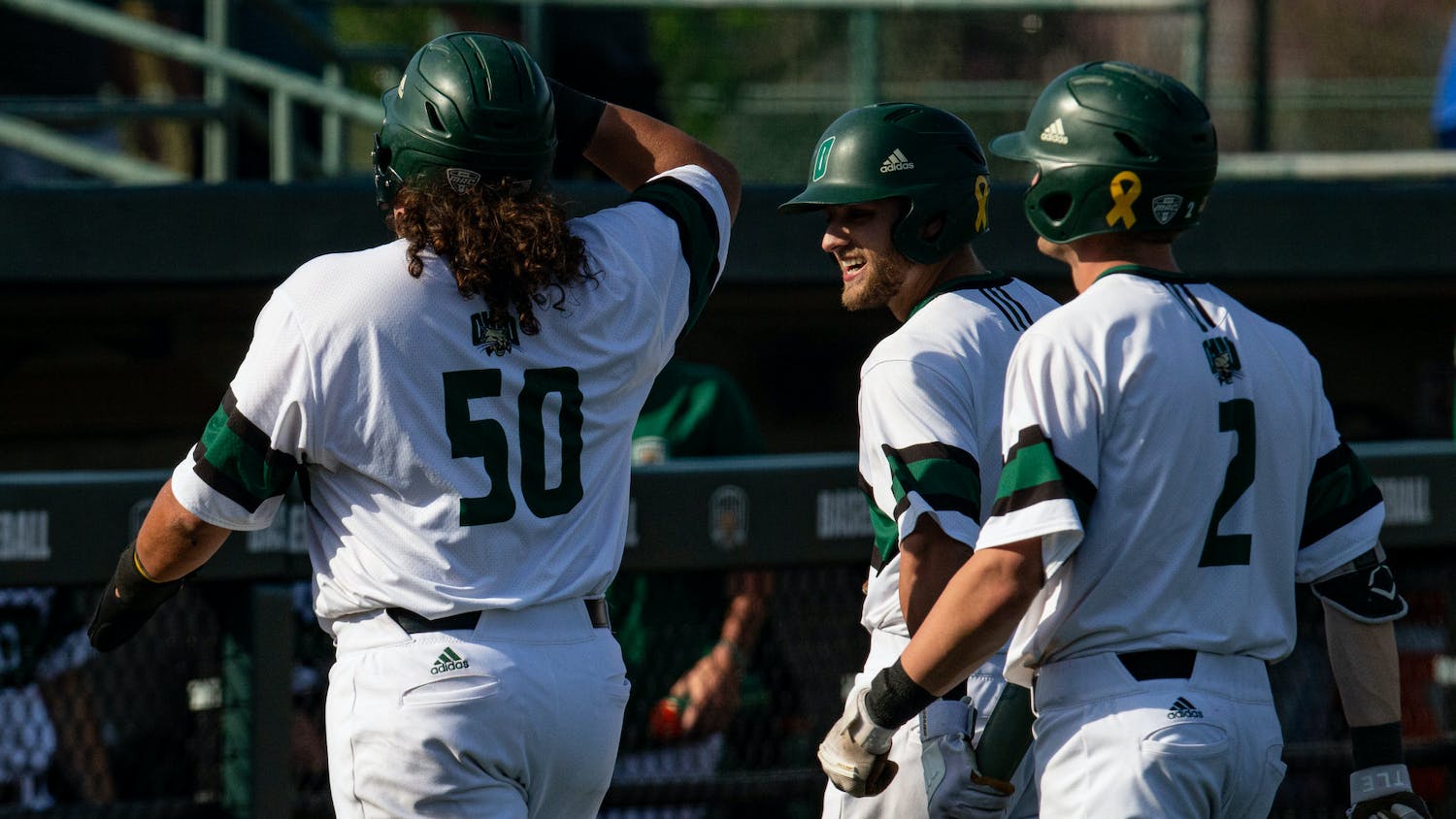