Ohio bowed out of the MAC Tournament Friday with a 5-3 loss to Bowling Green in 10 innings. And until it can try for redemption, Ohio will have nightmares about Bowling Green’s Sophie Weber, who starred in the win.

Weber drove in all five of the Falcons’ runs. First, a two-run double in the fourth opened the scoring in what had been a pitcher’s duel up to that point. Weber followed that up with a game-tying home run in the top of the seventh after Yasmine Logan had hit a home run of her own to put Ohio in front in the fifth.

Three innings later, in the top of the tenth, Weber came to the plate with one out and runners on second and third.

With Bowling Green’s hottest hitter at the plate and first base open, Ohio head coach Kenzie Roark faced an impossible decision: intentionally walk Weber, who hits ninth, and load the bases for Bowling Green’s leadoff hitter, or pitch to Weber, who had already accounted for all three Bowling Green runs.

“Hindsight is always 20/20,” Roark said. “You (intentionally walk Weber), and you turn the lineup over, so you play your odds and it didn’t work out in our favor.”

Weber’s game-winner was only made more painful by the fact that Ohio left two runners on base in each of the final four innings, including after Weber had given Bowling Green the lead.

The best of these chances was the ninth, when Ohio got runners on second and third with just one out and Annalia Paoli at the plate. But Paoli lined out on the first pitch and Caroline Spacek struck out looking, and Ohio came up empty.

The Bobcats had plenty of chances to win Friday’s game, and, for the most part, have only themselves to blame for not doing so.

One player who deserves some of the blame, however, is Falcons starter and 2022 MAC Pitcher of the Year Payton Gottshall, who came into the game as the conference’s leader in ERA, at 1.41, wins, with 23 and strikeouts, with 337.

Gottshall and Mackensie Kohl went pitch for pitch Friday, each throwing 10 innings, at least 185 pitches, facing 46 batters and striking out 10 of them. Both pitchers dug deep and produced a pair of incredible performances, working out of jams and finding ways to keep their teams in the game.

In the end, unfortunately for Ohio, it was Gottshall who got the upper hand, working around yet another pair of baserunners in the tenth to secure the win.

“I thought we had a good approach against (Gottshall),” Roark said. “But she’s a great pitcher, she won pitcher of the year in our conference for a reason.”

Despite a disappointing end, Ohio has plenty to be proud of this season, and Roark knows just how special this team was.

“I love this team,” Roark said. “They’re the best group of people and weirdos that I’ve ever met in my life. They’re a family.” 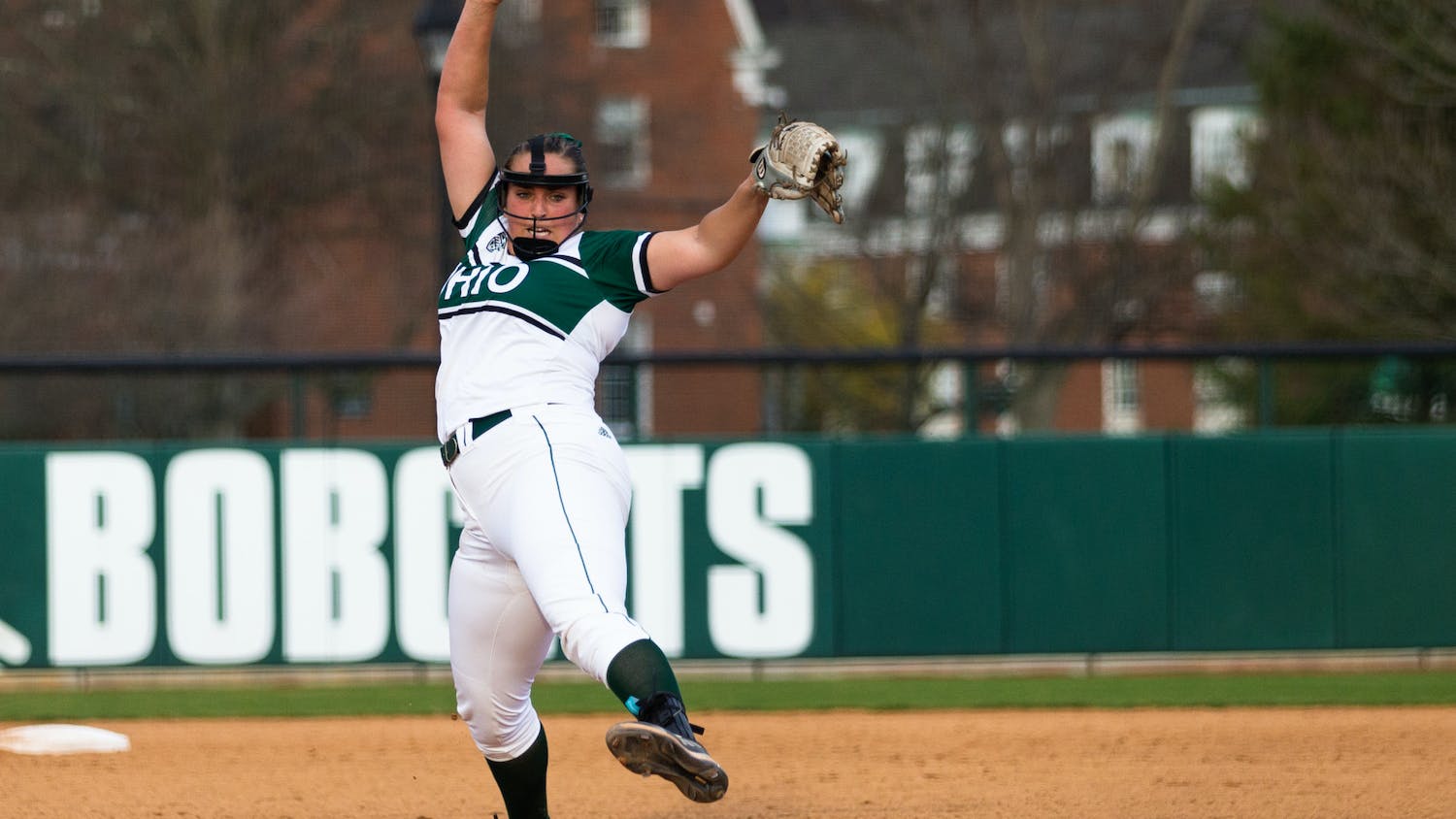