MUNA, made up of Katie Gavin, Naomi McPherson and Josette Maskin, is back after three years with a colorful and joyous third self-titled album. From truthful confessions to heartbreaking stories of lost love, the trio captivates listeners with their openness and vulnerability, while also integrating the stories of queer relationships.

The album kicks off with the smash-hit “Silk Chiffon (feat. Phoebe Bridgers),” depicting the exhilarating rush one gets when developing a crush. Coming from a queer perspective, this song is a rather unique story about falling in love. With Gavin and Bridgers’ harmonies, it’s clear that this track will remain timeless for years to come.

“What I Want” is a disco-tech track as the band finally feels they can let go of their fears and live their lives how they want to. Wanting to party, go out with friends and dance, Gavin creates the image of being in a club, sweating out all of one’s past anxieties and perceptions of themselves.

The third track, “Runner’s High,” alludes to moving on from a relationship and healing by giving up certain vices, accompanying these notions with an EDM-esque beat. As the title suggests, running away from a toxic lover is exactly what MUNA needed to do. The line, “I’ve been doing / Almost everything I wanted to / Shame I couldn’t do it with you” bruises the skin of listeners, proof that Gavin’s confidence is reaching new heights.

“Home By Now” reveals the thoughts one thinks after ending a relationship, wallowing over their regrets. An interesting transition from the previous track, Gavin’s tone seems remorseful, wondering why the person they once loved isn’t in their life anymore. “But I still wonder if / We have turned a corner if I had waited? / Do I need to lower my expectations?” is the ultimate list of questions; a dip in confidence that naturally happens when trying to move on.

This dip in emotion continues with “Kind of Girl,” an acoustic track that one could almost mistake for a country song. In this song, MUNA admits to their flaws, their failures and that these things are just part of who they are. “Yeah, I like telling stories / But I don’t have to write them in ink / I could still change the end / At least, I’m the kind of girl / I’m the kind of girl who thinks I can” is a beautiful and introspective line, providing listeners with an honest confession from a band that at least tries their best to make things work.

“Handle Me” is Gavin telling the person they want that love is messy but shouldn’t be avoided. They know that they’re not perfect, and knowing this only makes them more sure of who they are not only as a person, but as a lover as well. Basically, this song is the trio begging for this person to take a chance on them, even if they are afraid to.

Listeners will be hanging onto the edge of their seats as “Handle Me” flawlessly transitions into “No Idea,” a sensual, seductive song. MUNA hits a massive peak as they sing: “You have no idea, you have no idea / The things I think about when you’re not here.” Falling back onto a pop-rock sound, Gavin whispers and shouts to the person they want, begging them to give in.

“Solid” is an homage to a lover, obsessed with everything about them and proud of their characteristics. With a tone similar to “Silk Chiffon,” you will want to write a love song of your own after listening to this track.

Another highlight on MUNA, “Anything But Me” is the feminist anthem all listeners will easily gravitate towards. Reflecting on a breakup, Gavin calls out the weaknesses of it, wishing the person they once loved well, but never promising that they will come back in the future. “You’re gonna say that I’m on a high horse / I think that my horse is regular-sized / Did you ever think maybe / You’re on a pony / Going in circles on a carousel ride?” cuts deep, proving not to mess with MUNA.

“Loose Garment” is a track about lost love, reveling in heartbreak and dealing with the grief that comes with letting go of someone. “Used to wear my sadness like a choker / Yeah, it had me by the throat / Tonight I feel I’m draped in it / Like a loose garment” is met to an orchestra-backed chorus, with a saddened tone completely washing over listeners.

The finale, “Shooting Star,” is the band being wary of pursuing someone new, knowing that they are dangerous for their well-being. A song about not giving into a new love, it provides a lustful yet responsible tone with MUNA realizing that going down this path has hurt them in the past before. While this realization is true, it doesn’t mean that you still can’t dream of that person, as long as they stay in the rearview.

Overall, MUNA is a strong third album, highly relatable to young adults going through the trials and tribulations of relationships, desperately searching for their self-worth. As the emotions of lust, grief, betrayal and pride shine through the most on this album, it’s also an impressive display of unity and strength that the band shares. Integrating multiple genres from pop-rock to country, this self-titled work will for sure leave a lasting impression amongst the array of releases this year. 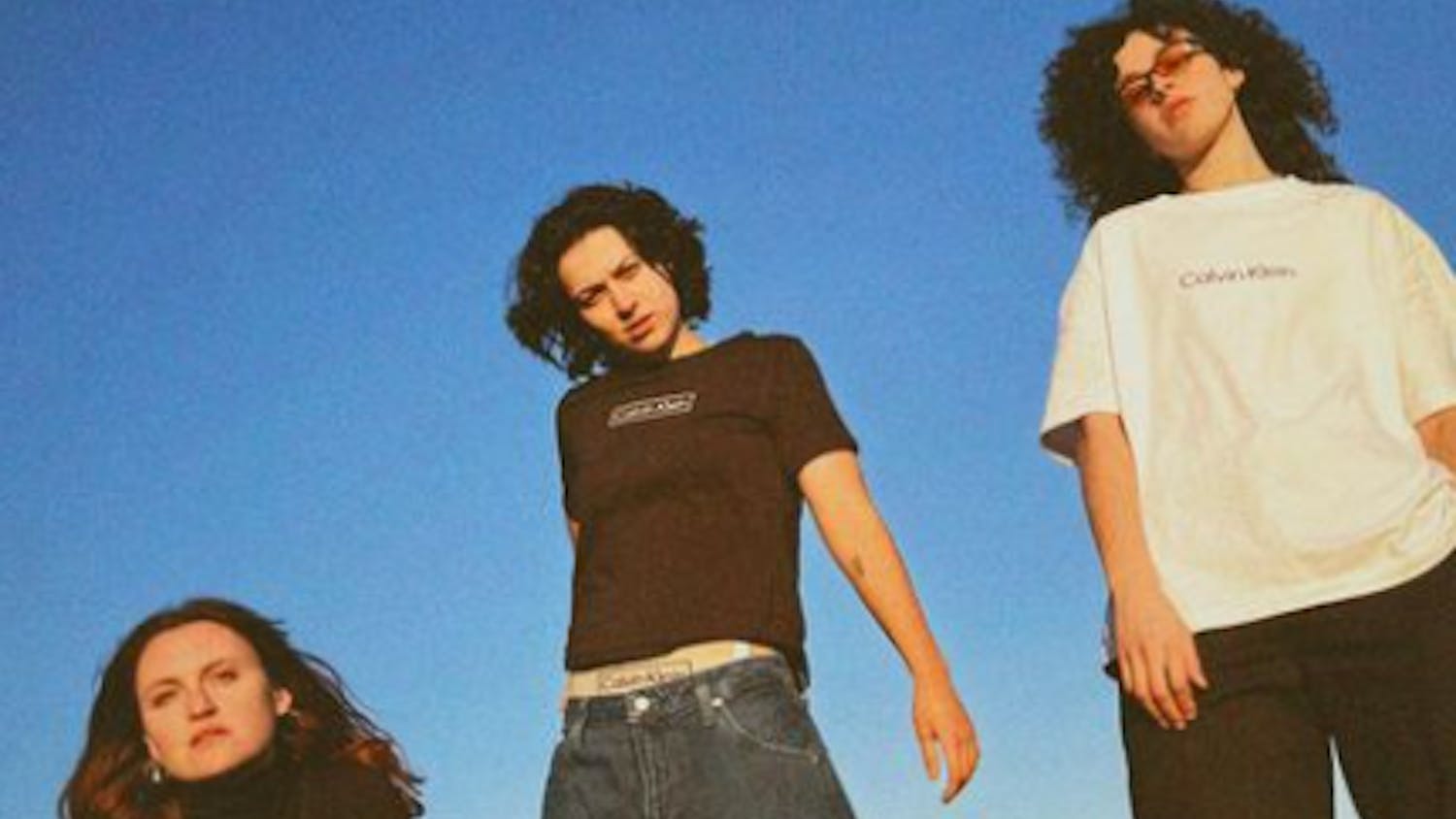