After a disappointing 3-9 record last season, growth is going to be key in year two under head coach Tim Albin.

A full offseason under Albin has been huge

Roughly one year ago, Tim Albin was officially promoted from his position as offensive coordinator and named Ohio’s head coach following the retirement of Frank Solich. It was a big change for Ohio, switching coaches just over a month before the season started, and the negative effects of that were clear once it did.

This season, however, things are already different. Albin has had a full offseason as Ohio head coach, and both he and his players can certainly tell the difference.

“I was a better parent to my second child than my first,” Albin said. “The more you do something, right?”

“(Last year) A lot of guys had to get used to coach and it was a big transition,” said defensive tackle Kai Caesar. “I think he has something in store and we’re gonna get something done this year.”

Coach Albin is learning to delegate

One of the main ways that this difference has manifested itself is that Albin, at least according to himself, has become better at delegating. It is no surprise that as a longtime offensive coordinator taking over as head coach, Albin may have tried to do a bit too much last season.

This year, however, he has made a point of letting his coaching staff do their jobs, and assuming he has made the right hires, that will be good for everyone.

“The number one thing was to redefine,” Albin said. “Clearly define roles in our staff and trust that they’re going to get it done.”

Nowinsky has already won over the team

In addition to Albin having a full offseason as head coach, Ohio has also made a number of changes to the coaching staff, most notably hiring Spence Nowinsky from Miami to be the defensive coordinator.

In just a few short months, Nowinsky has already earned approval from both sides of the ball as he tries to turn around a defense that allowed over 30 points per game last year.

“Coach Nowinsky brings the energy every single day,” Caesar said. “He comes to work, and he makes us work a lot.”

“The staff that was brought in on defense is really good,” said quarterback Kurtis Rourke. “I always say that I practice against the best defense every single day because that’s how good our defense is.”

Despite all the changes, however, one thing seems to have remained from last season: uncertainty around the quarterback position. While Rourke played in 10 of 12 games last season and started many of them, there was a good deal of rotation between him and Armani Rogers.

While Rourke is the clear front runner and by far the most experienced quarterback on the roster, Albin did not commit to Rourke as the starter, which suggests that 2022 could be another interesting year under center for the Bobcats.

“The best 11 are going to play,” Albin said. “But that position needs to take the next step, and I think we are on schedule to do that.”

Finishing games is key to improvement

If there is one major area that Ohio can focus on to improve their record from last season, it is finishing games. It lost four games last season by one score, including back-to-back losses to Central Michigan and Buffalo by a combined four points.

After going 2-4 in one score games last season, that is an obvious target for improvement this season and when combined with the fact that of the Bobcats' five MAC losses last year, that largest margin was 12 points, it reveals a relatively straightforward path to a better record in 2022.

“A big thing with us is just finishing games,” Rourke said. “We’ve played some great games and haven’t been able to come out on top, and we’ve just got to finish as a team.” 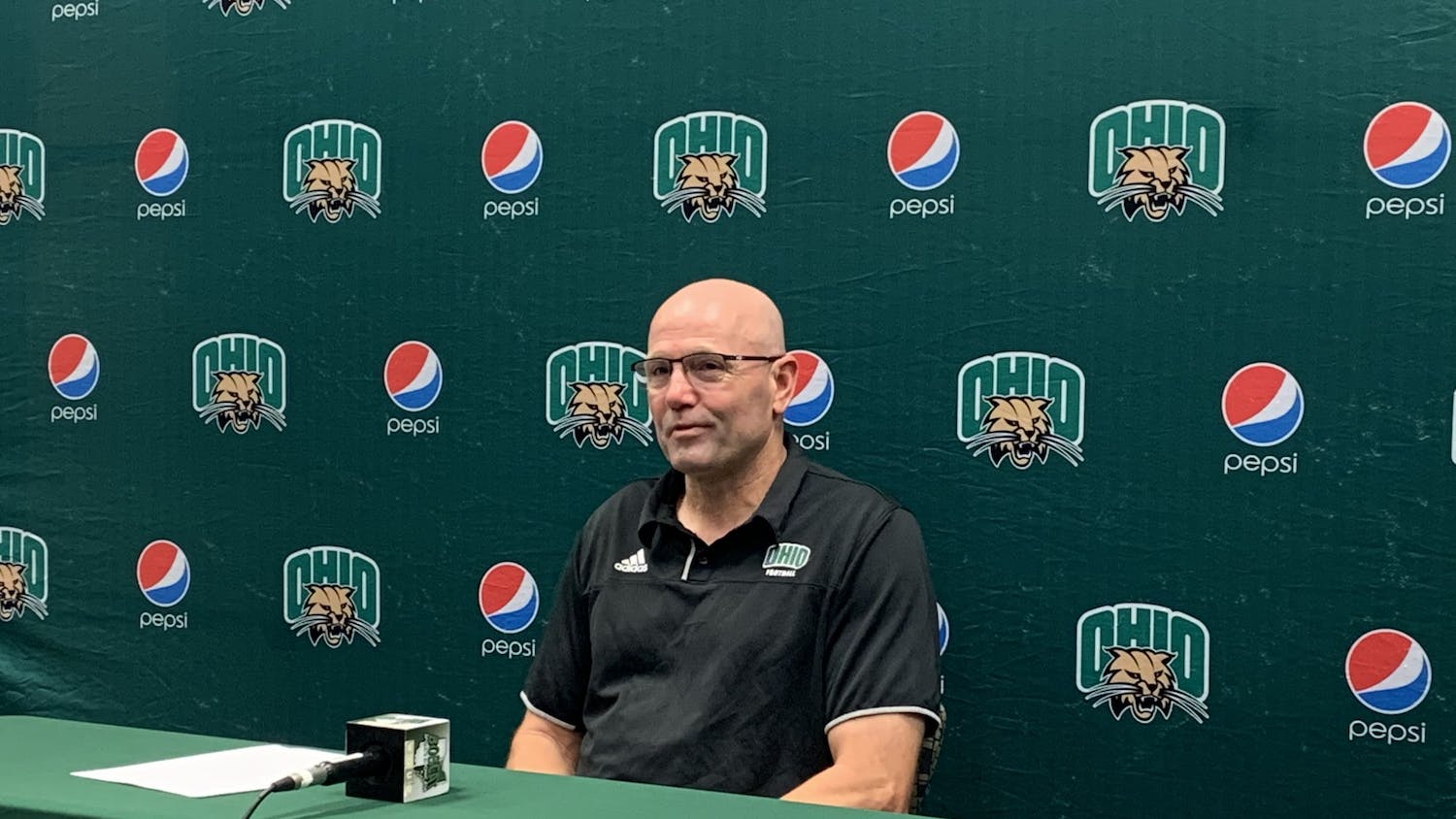