To open Mid-American Conference play this season, Ohio headed to Kent State on Thursday. In a losing effort, Ohio outshot Kent State with 13 total shots; however, none could find the back of the net.

The game started out slow, with neither team giving ground in the early parts of the game. However, in the 33rd minute, Kent State’s Kelsey Salopek scored a goal on an assist from Dalaney Ranallo. This would end the scoring for the first half, with Ohio having three shots, two on goal, and Kent taking four total shots, two on goal.

To start the second half, Salopek scored once again, this time with an assist from Callie Cunningham. For the remainder of the game, Ohio outshot Kent State 10-4 and its intensity was evident, with five corner kicks in the second half and nine fouls drawn. Ohio’s aggressive attack in the second half was in vain, as time expired with the score remaining at 2-0 in Kent's favor.

The lack of successful conversions would be a common theme over the weekend, as Ohio prepared to host Buffalo in its home opener for Mid-American Conference play.

The game started as a back-and-forth match, with Ohio possessing the ball in the front third with success. Buffalo attempted to take advantage of counter-attacks, using speed to transition quickly while the Ohio midfield was on the attack, but Ohio had prepared for that.

Buffalo had a few chances early, but it finally found the breakthrough in the 29th minute. Midfielder Annie Judasz delivered a cross into the box, where midfielder Alya Ruken got on the end of it to open the scoring and put Buffalo up 1-0.

Ohio found itself trailing once again, but had no intention of remaining that way. After the kickoff to resume play, Ohio got the ball to Isabella Ginocchi, who took an open shot outside the box in an attempt to tie the game back up.

During the press by Ohio, however, Buffalo took advantage and sent a through ball to Arianna Zumpano, who broke free and found herself one-on-one with goalkeeper Celeste Sloma. She chipped the ball over an outstretched Sloma to bring Buffalo’s lead to 2-0.

There was a flurry of chances for both teams at the end of the half, with Ohio hitting the post and Buffalo failing to convert Zumpano’s second one-on-one chance of the day. Buffalo took its 2-0 lead into the half, having outshot Ohio 3-1 in shots on target in the first period.

The second half started much like the first, but was largely uneventful until in the 68th minute, when Zumpano found herself in a shooting position and saw her shot bounce over goalie Sam Wexell, who had come in at halftime for Ohio.

Buffalo would have one more good opportunity, but Wexell made a great save with her leg to deny Taylor Caridi.

In the 82nd minute, Ohio had a chance for a consolation goal with a free kick from just outside the box. Abby Townsend took the free kick but it was promptly cleared away. Buffalo finished off the rest of the game on the way to a 3-0 win.

Ohio now sits at 0-2 in the MAC and has a tough road ahead to stay competitive in the conference.

“Unfortunately, we weren’t at our best today, and I know this group has been resilient, and will be resilient,” Rodgers said. “We have a lot of quality players, and we will get back at it.” 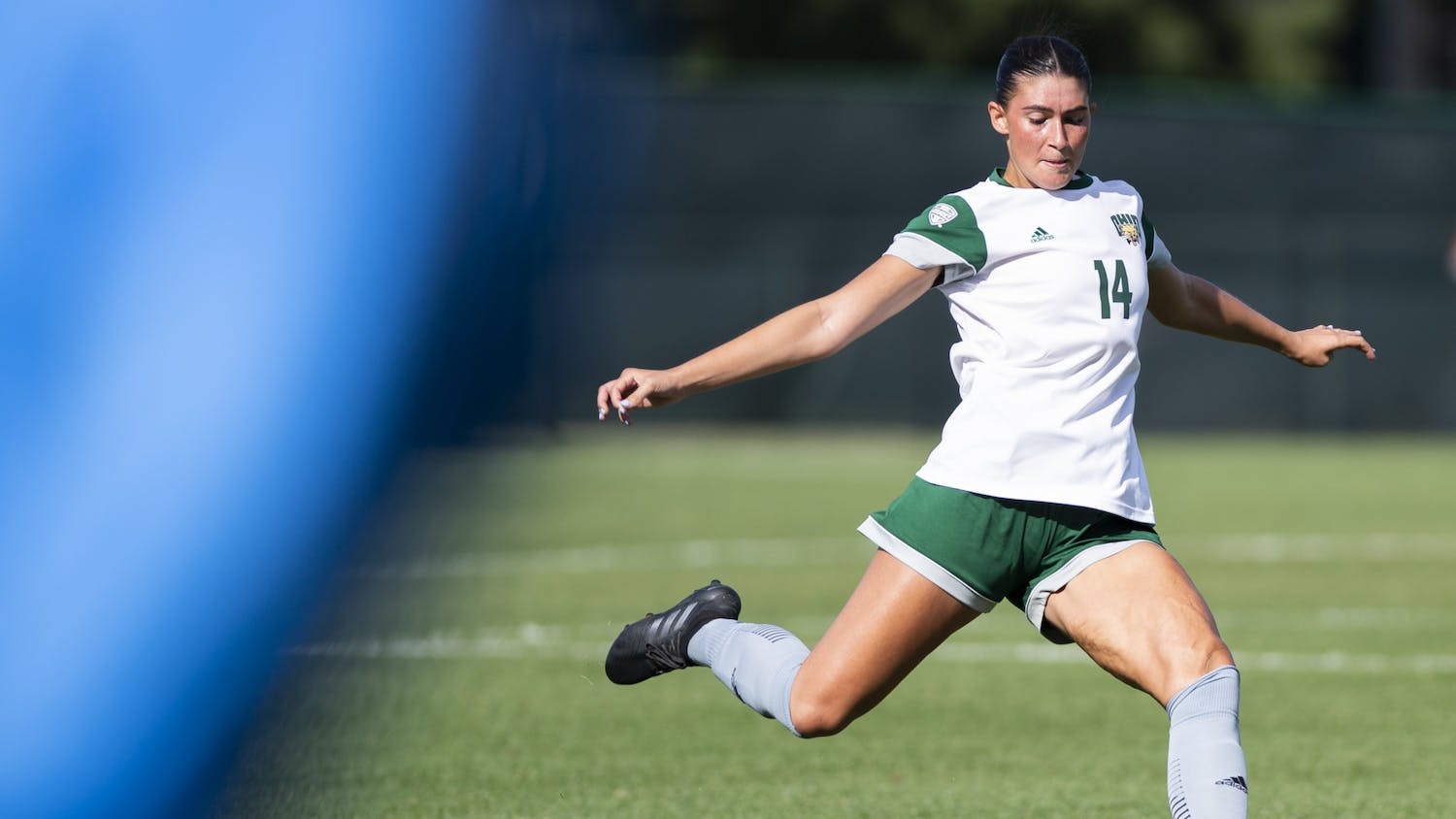 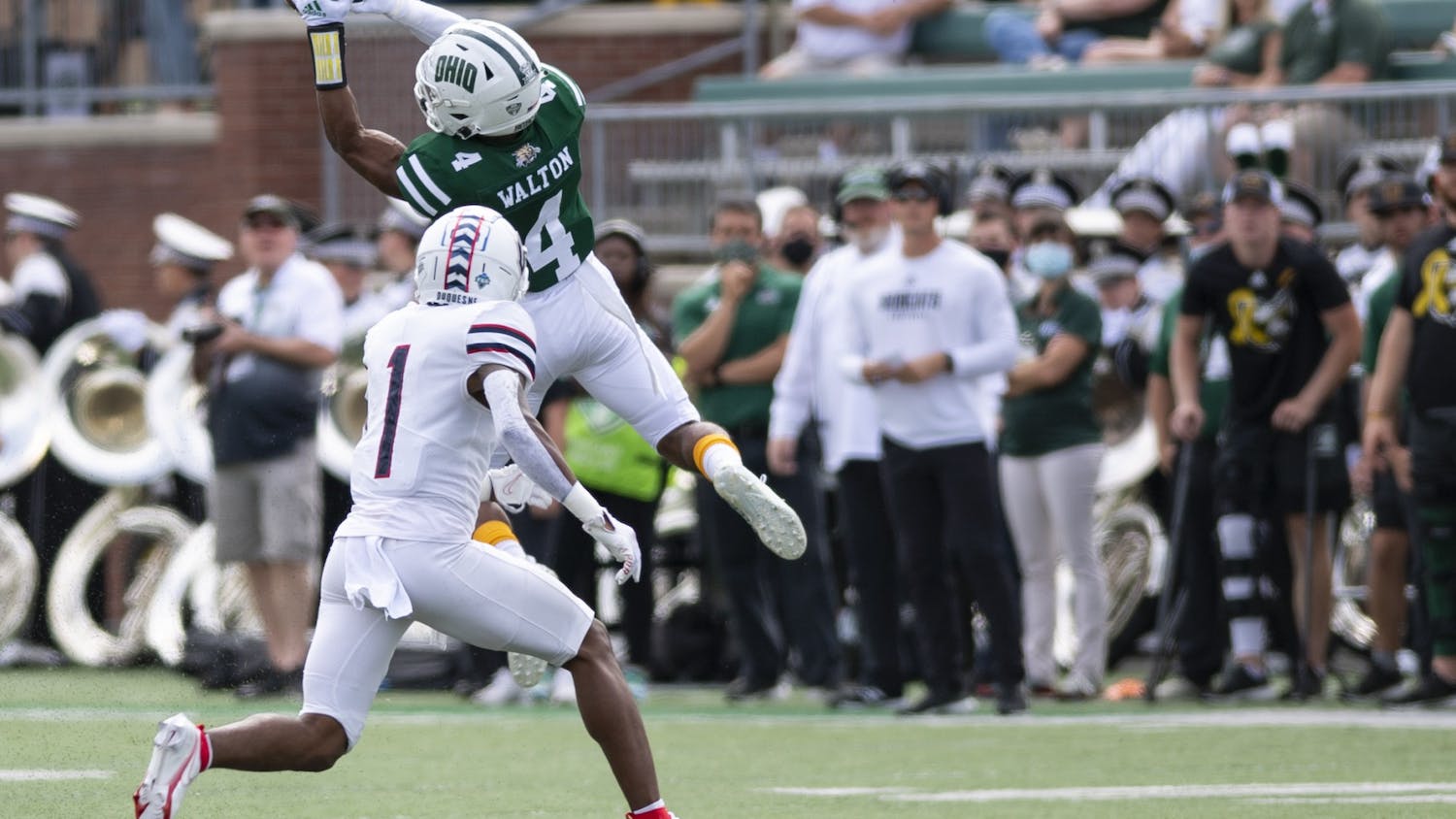 Football Column: Ohio's loss to Duquesne was an avoidable tragedy