Ohio (6-5, 0-0 Mid-American Conference) had a tough end to the weekend, losing the last two matches of the Bulldog Brawl. Ohio looked like it could make serious noise in the tournament after sweeping Butler, but couldn't hang on to beat Missouri and lost its energy against Notre Dame.

The Bobcats may be disappointed with one win in three matches, but they were competitive in all of them against difficult opponents.

Ohio started off the tournament with a match against Butler (6-5, 0-0 Big East Conference), and quickly took an 11-7 lead in the first set. Butler responded with a 5-2 run to cut Ohio's lead to one. After the two teams traded points, Ohio opened up its lead with five straight points.

Caitlin O'Farrell had two key kills in this stretch, and after the Bulldogs scored two points, Kristy Frank answered with back-to-back kills. The Bobcats would go on to win set one 25-18.

The second set was much closer than the first, and this time it was the Bulldogs who took the early lead. The Bulldogs scored six straight points to go up 8-3 early in set two.

However, it didn't take Ohio long to recover, and it tied the set by scoring six of the next seven points. Olivia Margolies had a kill and service ace in this stretch. Ohio kept its foot on the gas earned itself a four point lead.

However, the lead didn't last long. Mariah Grunze had back-to-back kills to bring the Bulldogs within one, and an attack error by Caroline Clippard tied the set at 20. After the Bulldogs took a one-point lead late in set two, Frank tied the set at 22 with another kill. Lauren Park's kill gave the Bobcats a 25-24 lead, and a Bulldog attack error meant the Bobcats took set two 26-24.

In the final set, Ohio picked up right where it left off and immediately jumped out to a 8-3 lead. Margolies and Park both had two kills early in the set, which inflated the Bobcats lead to as much as eight.

The Bobcats were cruising in set three with a 23-15 lead, but the Bulldogs made the match more interesting by scoring five straight points. O'Farrell's kill steadied the ship and the Bobcats won the set 25-20, and win the match three sets to none.

In Ohio's second match, it looked as though Missouri (7-3, 0-0 Southeastern Conference) would run away with the match after taking a commanding 14-6 lead in set one. Ohio could not recover, and Missouri won set one 25-14.

It looked like it would be more of the same in set two when the Tigers got out to a 15-10 lead. However, the Bobcats showed a pulse, scoring seven of the next eight points to take the lead. After the teams traded points, the set was tied at 25. O'Farrell and Margolies were clutch and hit kills in the last two volleys to give the Bobcats a 27-25 set two victory.

After winning set three, the Bobcats were just one set away from victory. As expected, the Tigers didn't go down without a fight. They stormed in front to take a 13-9 lead after a kill by Riley Buckley. The match continued to go back and forth, and the Bobcats led 24-22 toward the end.

Ohio had two chances to win the set, but the opportunities slipped through its fingers after two straight Anna Dixon kills. It had another opportunity to win the match after Olivia Margolies had a kill, but once again Dixon came in the clutch. The Bobcats couldn't keep up and fell in the fourth set 29-27.

The Bobcats weren't competitive in the fifth set. After missing three opportunities to win the match in set four, the Bobcats couldn't turn a corner and lost the fifth set 15-10, and the match 3-2.

Ohio got out to a sluggish start in the first set of the match against Notre Dame (5-5, 0-0 Atlantic Coast Conference), however, it tried to stay in the match as best it could. Ohio and were tied at 22, but the Fighting Irish scored two straight points to bring up match point. The Fighting Irish earned the next point to seal a 25-23 set one win.

After another ugly start the Bobcats found them playing catch up. However, they didn't go away, and a huge scoring run empowered by three Clippard kills tied the set up at 10. The set would continue to go back and forth, but eventually the Bobcats set up set point, and Margolies would win the set for the Bobcats 25-23.

Set three was as close as the others, and the Bobcats were up by only one late in set three. After a scoring run led by Lucy Trump, the Fighting Irish led 22-21. They quickly put away the Bobcats and won set three 25-21.

Clippard led the Bobcats against Notre Dame with 15 kills, while Frank had 12. Steele, Margolies and Watrous had strong defensive performances with double digit digs. 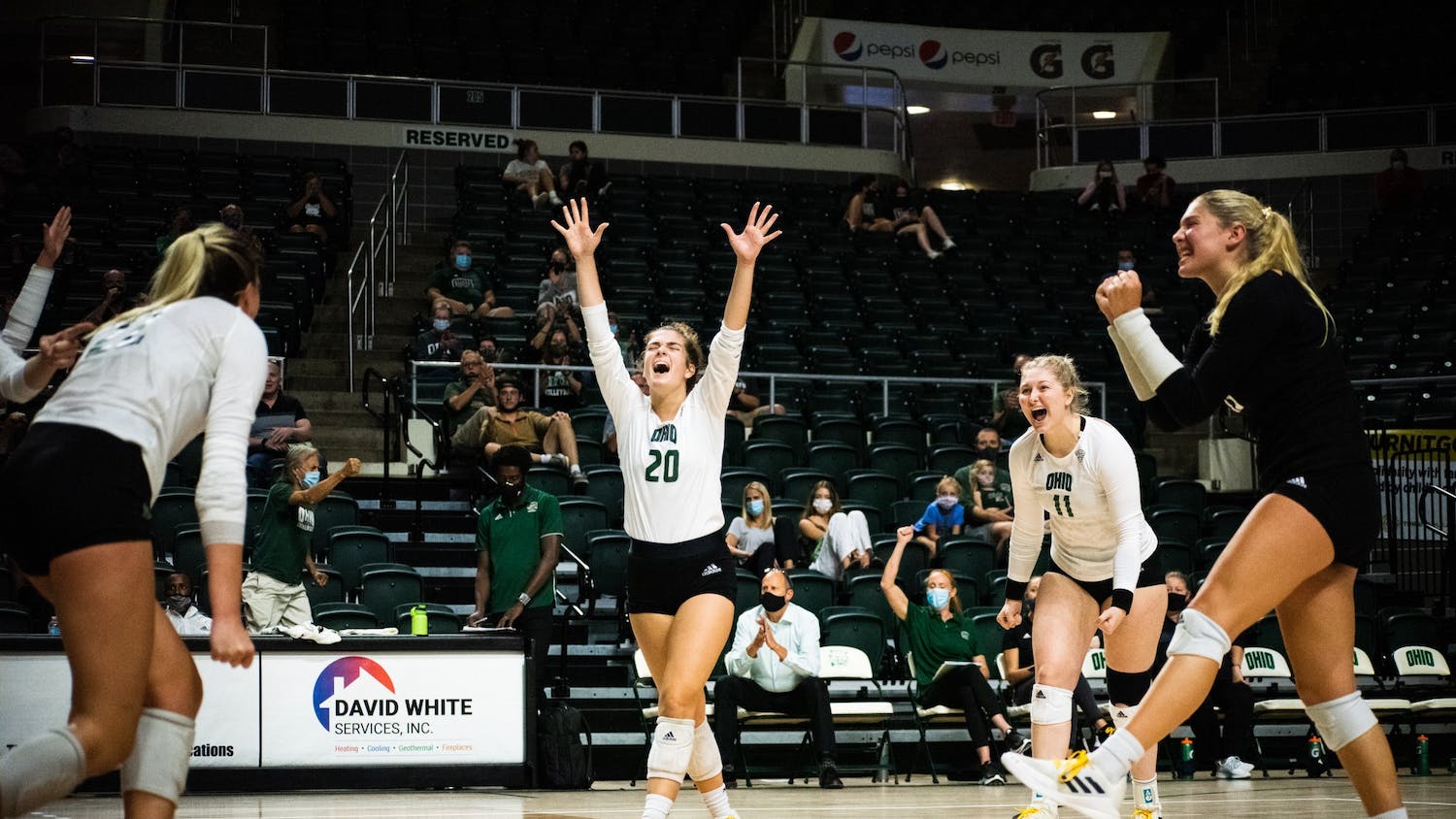 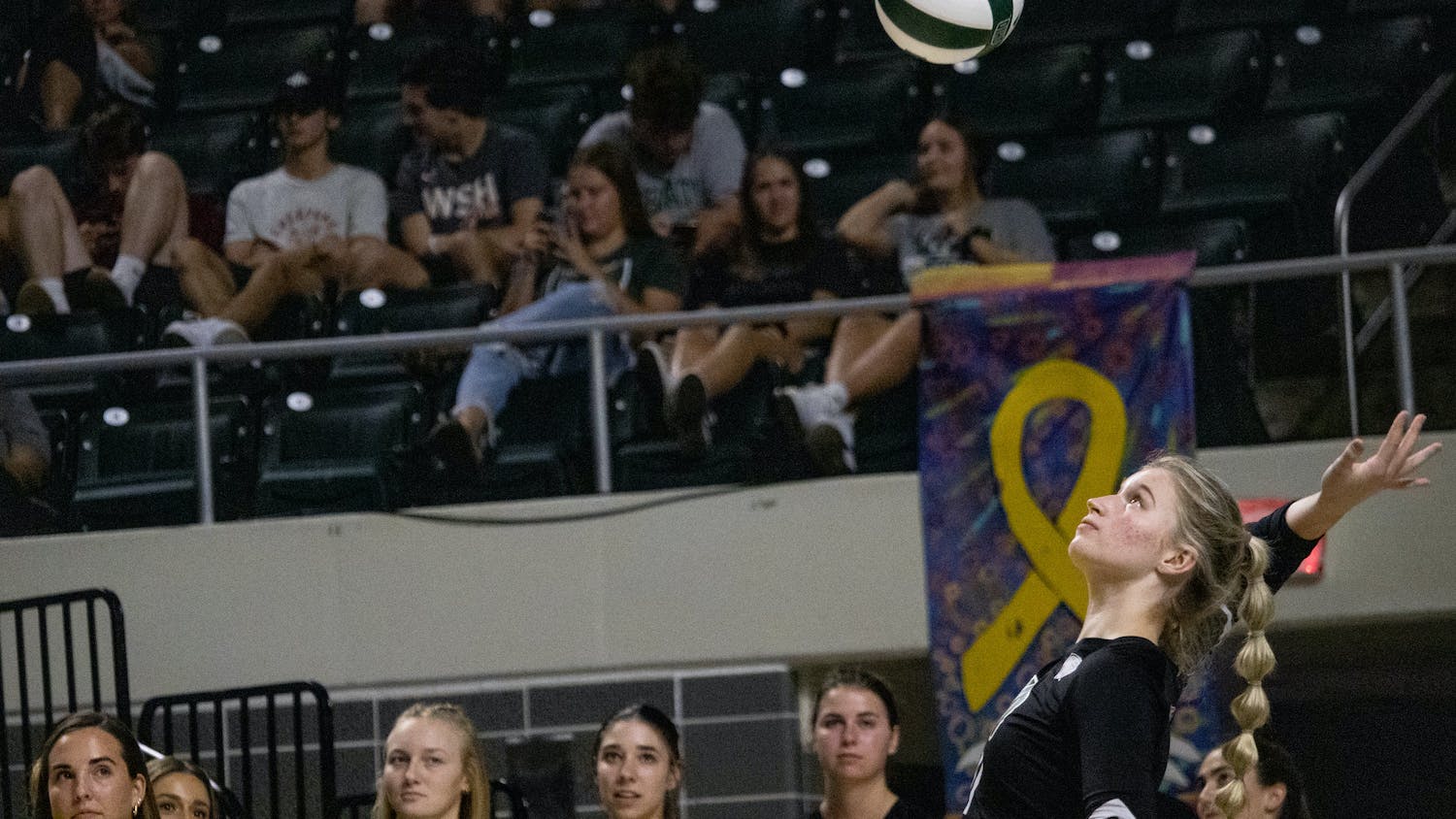