Ohio dropped its Mid-American Conference opener to Kent State Saturday. Even though the score was just 31-24 in overtime, the numbers tell a very different story.

The Bobcats led by a touchdown two separate times in the final few minutes, and got the ball back with just under two minutes to go and the game tied. They also had three chances to score from the five-yard line in overtime and force a second extra period.

It was an eminently winnable game, but the stats would suggest that Ohio was lucky to be anywhere near that close.

But despite all that, Ohio did force overtime. It did come very close to winning, and that says a lot about Ohio as a program.

“It’s not what we wanted,” Ohio coach Tim Albin said. “It hurts. I don’t have any magic words that are gonna make the team feel better. But I think we can win, moving forward, with the effort and the belief that this team continues to show week in and week out.”

The game started about as badly as it could’ve for the Bobcats, who were forced to punt on their first drive and immediately allowed the Golden Flashes to march down the field and score a touchdown in just 1:41 of game time.

It looked like Ohio’s defense was going to be completely torn apart once again, but against a stronger defense, Ohio would not simply be able to outscore its defensive issues.

And the Bobcats’ offense struggled as well, only putting up 17 points until the final seven minutes of the game.

In the final seven minutes of regulation, the Bobcats and Golden Flashes combined for 21 points and a missed field goal on five drives, turning a defensive slugfest into an exciting shootout in the final minutes.

The Bobcats had their own chance to score, but after three straight incomplete passes from the five-yard line, they came up short.

Saturday was the third game this season that Ohio had a chance to end the game with a defensive stop. Against Florida Atlantic and Fordham, it got that stop.

But this time, it did not. For 53 minutes Saturday, it looked like Ohio was well on the way to a signature MAC win. However, two different times in the final minutes, a defensive stop would have all but won Ohio the game, and it could not deliver.

The Bobcats struggled with the same issues they have all season: missed tackles, blown coverages and explosive plays.

“There were some missed tackles,” Albin said. “But I don’t think we had as many as we did last week. I think the type of athlete we saw today had a little bit to do with that.”

The Bobcats have to hope that Albin is right and those issues are improving, because even though they forced overtime and could have won, they may not be so lucky next time. 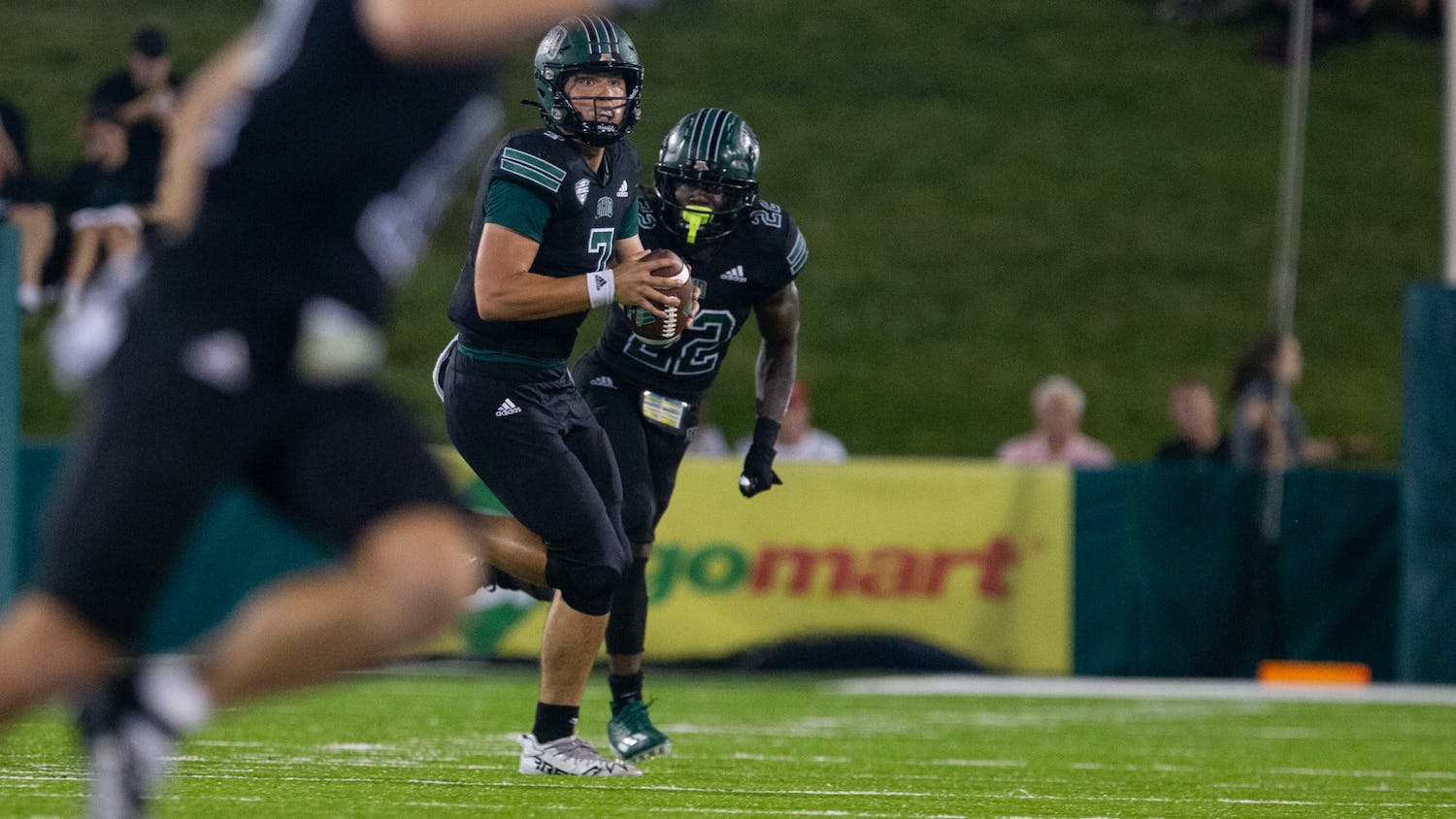 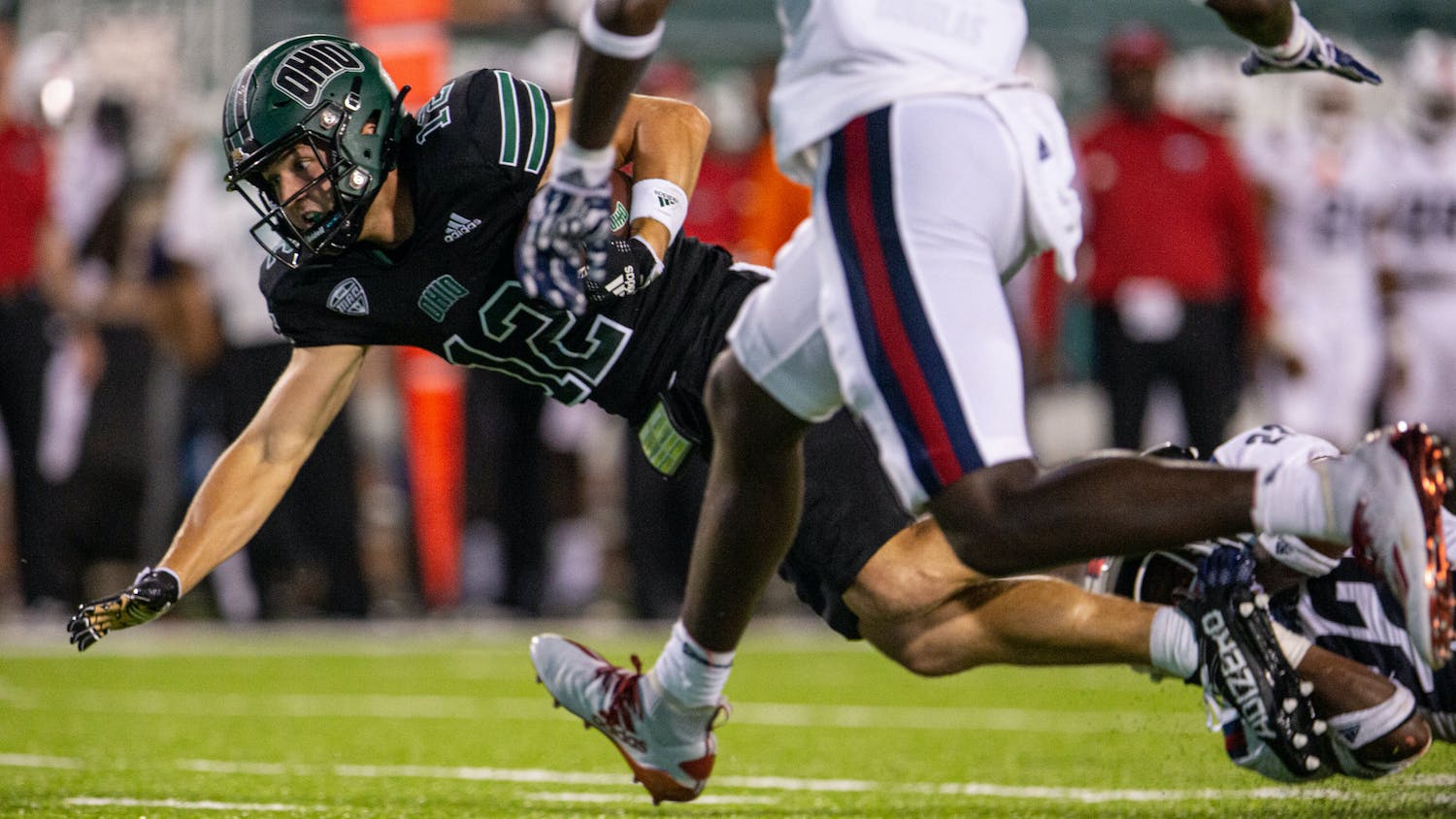 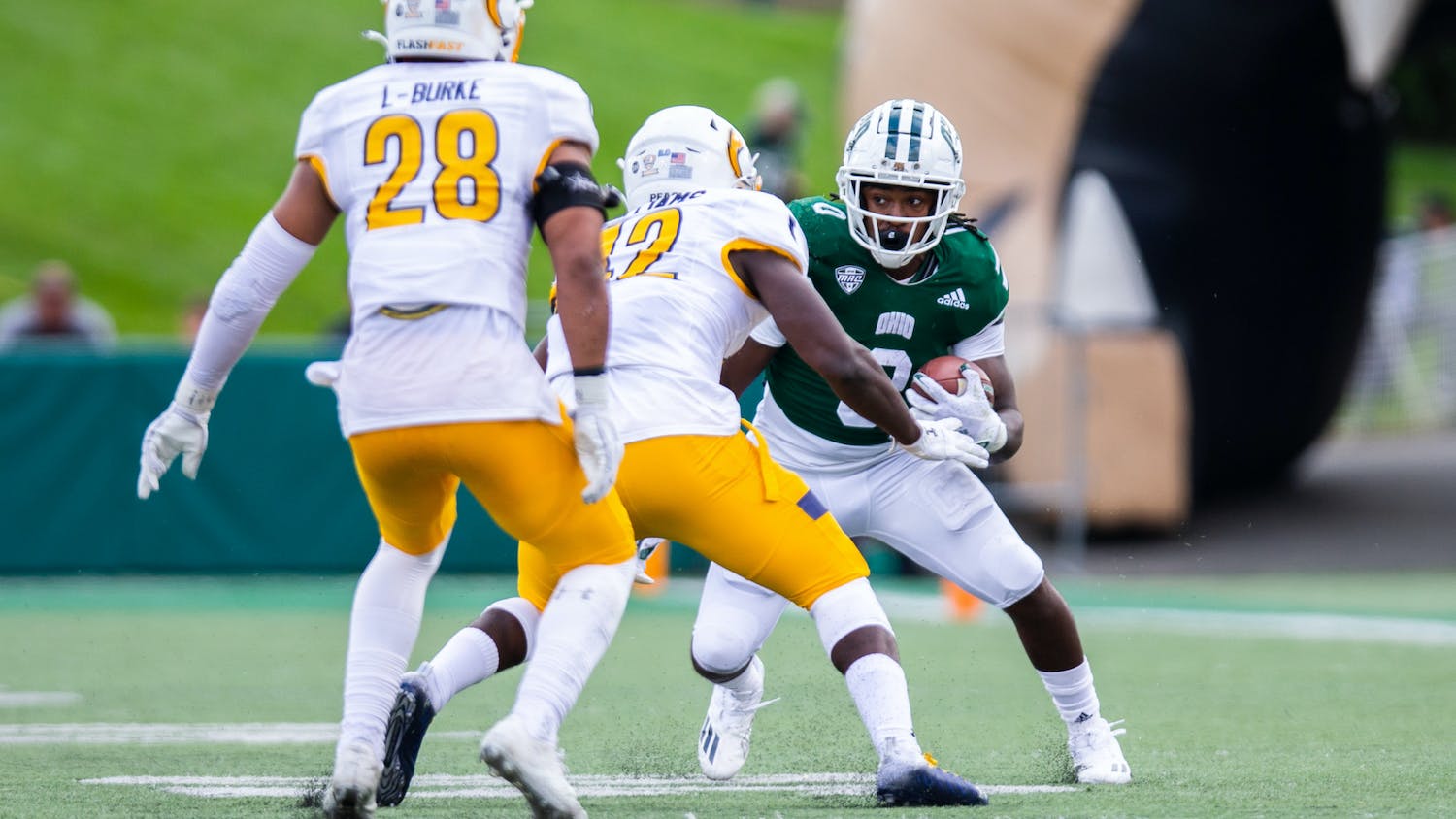